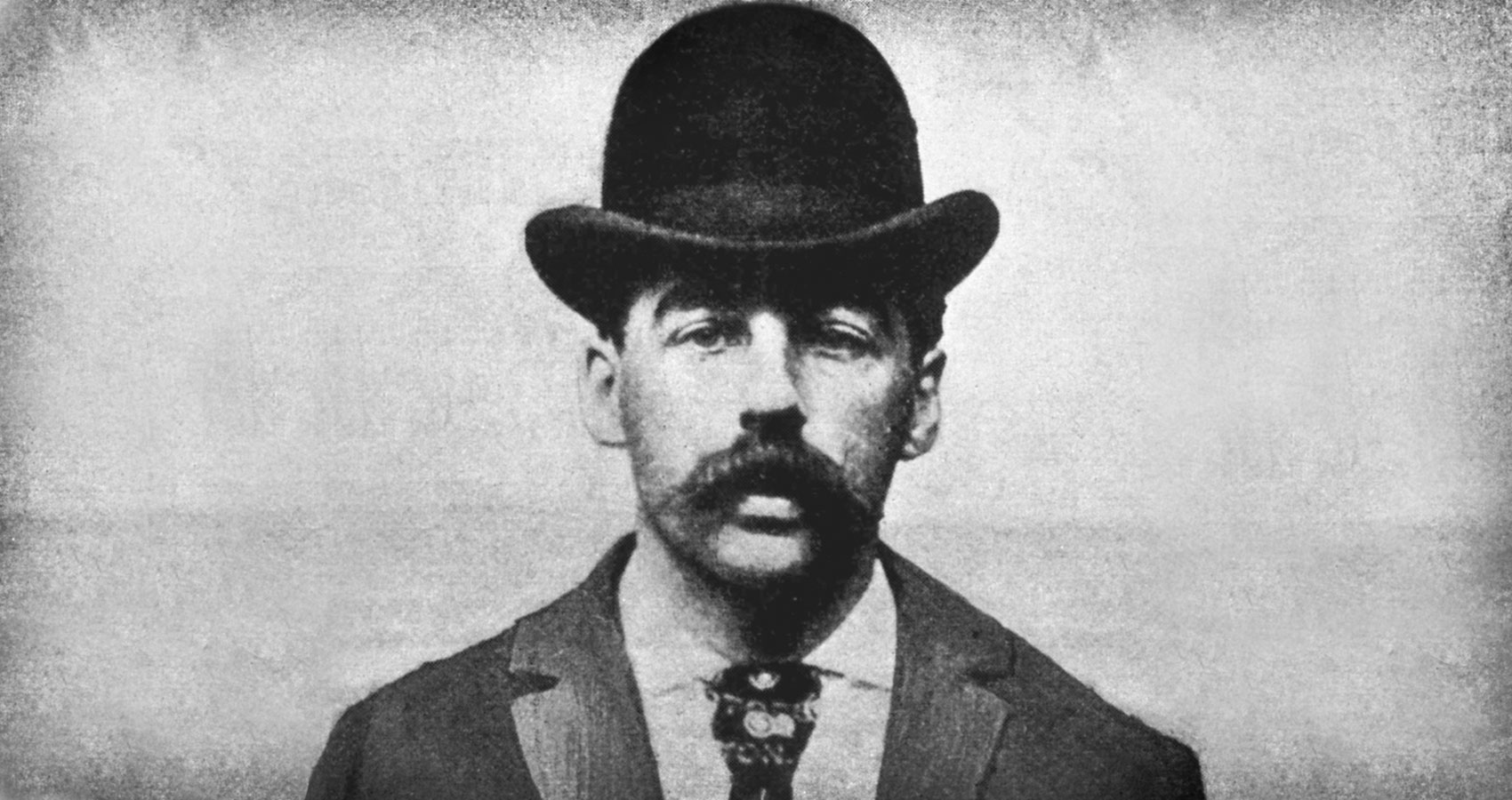 Mr. Holmes built a castle in time for the World’s Fair,
Guests checked in without a clue it was really a murderous lair.
With alarms, catacombs, vaults, and sound proof rooms,
They starved, lost their breath, or succumbed to noxious fumes.
When they’re gone he collected his funds by selling each guests bone,
Afterwards Mr. Holmes went home to his castle and sat on his throne.

NOTE FROM THE AUTHOR:
a Poem about the infamous H.H. Holmes