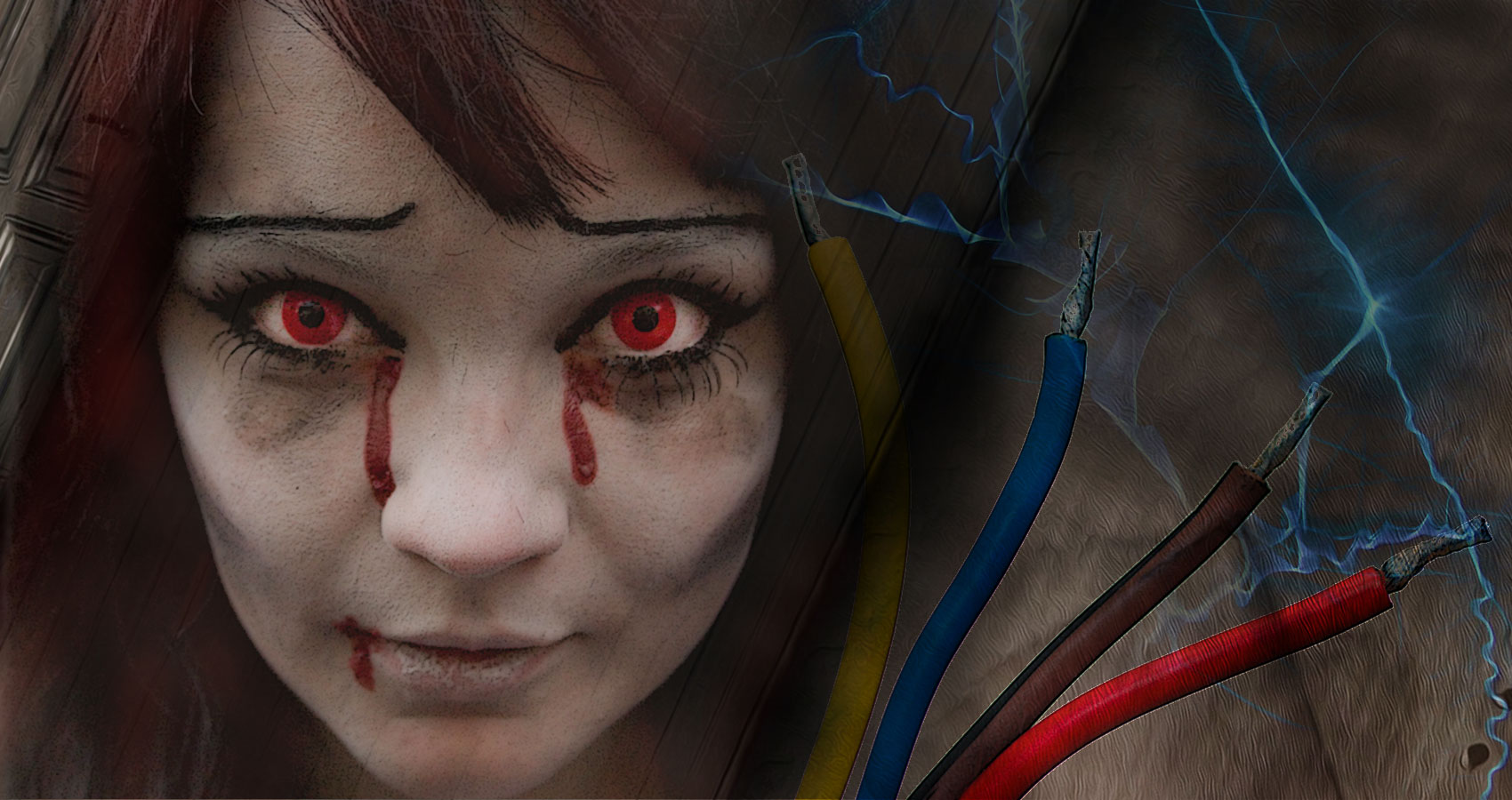 It was lonely in the basement
I found an old chemistry set
opened it up
and started eating the contents of all the tiny glass containers
I felt alive again
back when I was human
I felt hungry
so I went over to a shelf
found a box of Poisonberry Crunch Cereal
a bit moldy
but I just ate a bunch of chemicals and felt energized
once you’re dead there’s nothing left to lose
so I ate the cereal out of the box
and at the bottom
a wrapped surprise
a toy?
a tiny temporary tattoo?
I would love that
a sizzling heart on my scarred shoulder
I opened it
inside was a tiny grenade
and a note
“Go to the back fields when you were six years old”
I grew up in the same house
and couldn’t remember if I was still in that basement
or another basement
but I had no real plans
except working on my project
of giving myself a series of electrical shocks
my legs didn’t work too well
so I hooked up the wires
and twisted them around
red and blue and a few white ones
stuck them into my wrists
then put my fingers in the socket
“Bam!”
an explosion
when the dust and debris settled
my legs were humming with electricity
I jumped up
I dusted myself off
put on a nice coat and hat
and walked up the creaking stairs
to the backyard
which led to the back fields

that was all gone now

A big shiny shopping center with a huge box store buzzed
with activity
Everyone shopped there
of course it was so convenient!
I looked at the tiny grenade and note
and with my heart racing and my electrified legs giving off sparks
I walked to the store
and went in the automatically opening doors

Aisles and aisles of people and stuff to buy
I did my best to look for the exact spot I was supposed to go
according to the note and the tiny toy grenade
I stood in Aisle 7
Oh good, the cereal aisle
I could pick up some more poisonberry cereal
Suddenly I heard ticking
behind the cereal boxes
I couldn’t reach so I wanted to test my electrified knees
and jumped
I sprang up like a frog to the top shelf and climbed to the back of the
cereal boxes
there was a bag – I poked my finger gently to open it and
I saw a black box in that bag that wasn’t from this store
Tick tick tick!
Should I yell?  I opened the bag all the way
yes, a bomb with the same color wires I just used to electrify myself
red and blue wires and a box with a timer and about 14 more seconds
I grabbed the bag and screamed
“Everybody down!”
with my electric legs I leaped across the aisles and out the front door to the parking lot
the bomb exploded blowing me to pieces
but better me than all those nice people who wanted to buy stuff
Police cars and fire engines rushed toward me
I somehow was able to use some kind of magnets to gather all or most
of the pieces of me
and a gust of wind blew us back into my backyard
no one found me – I was alone again I guess
overall a good experience
but I won’t be going outside again anytime soon
it’ll take a while to put all my pieces back together

“Don’t give up on your dreams, just because you’re dead” is the anthem of Lucy, an isolated vegetarian zombie, fueled by electrical shocks, who tests her new skills as a zombie – fighting crime, seeking vengeance for family buried secrets, and even wants to learn to dance like Ginger Rogers, all the things she never did while alive.