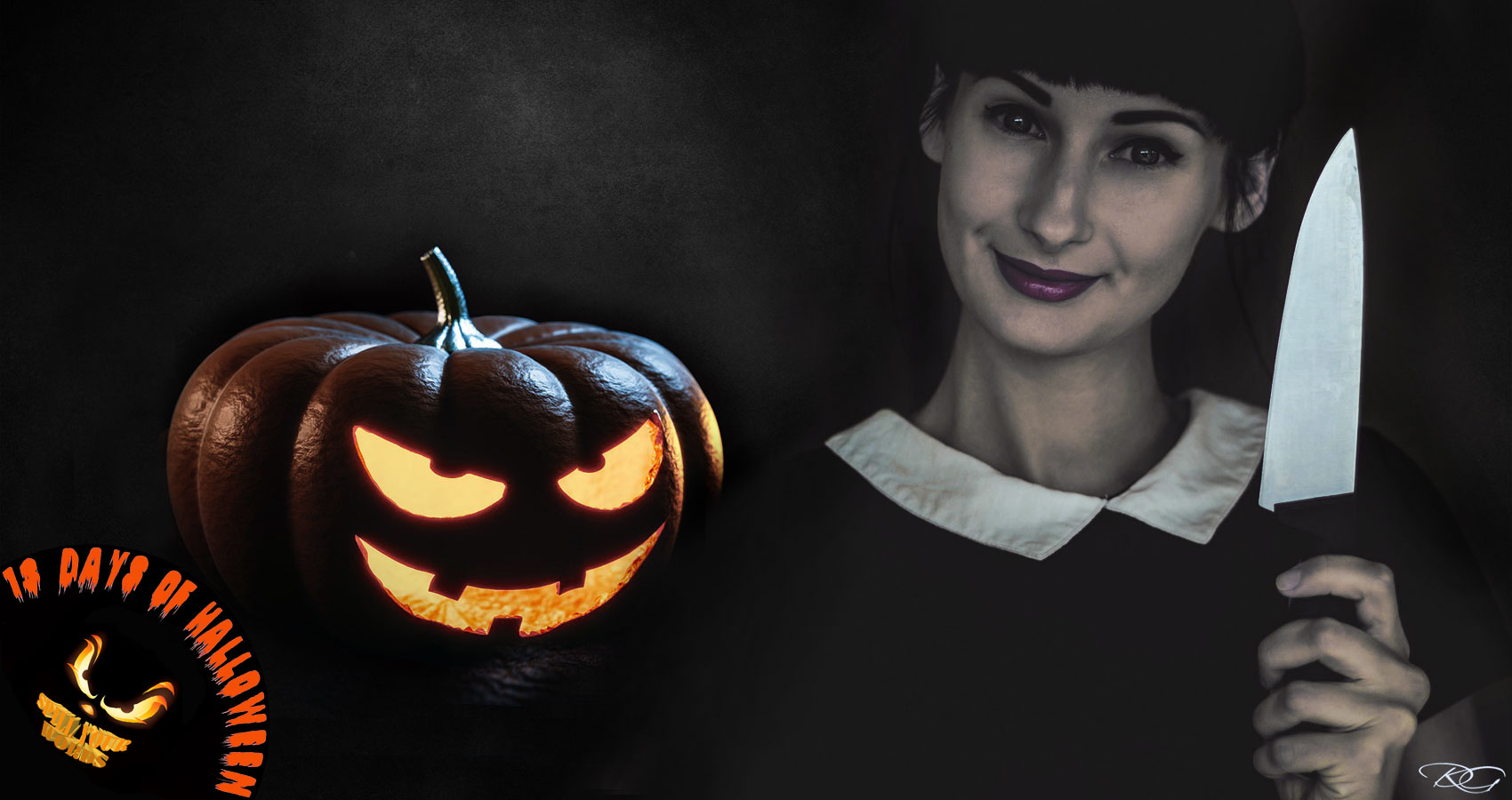 Hilary sat facing the picture window and gulping from a full wine glass. The Moscato eased her mood while she waited impatiently for Sam to come home from work. It was already 7:35 pm with the October sky fading orange to violet behind the wooded grove across the street from their house.
They were to carve pumpkins when he came home and he’s usually there by 5:30.
She tried calling him a few times, but she would only reach his voicemail after a few rings like he was refusing the call. She thought he could be in an impromptu sales meeting…or he went to an office Halloween party without her. She chose to dismiss the latter.

The two of them picked the most perfect pumpkins they could find at a farm stand in Lake County the previous weekend and it was going to be a good time carving cute faces in them out on the back deck. She wore her old ripped jeans and a tight ribbed tank top, hoping this would get romantic like that ghost movie where the couple gets intimate at a pottery wheel, only she and Sam would do it with knives and pumpkin guts. Those feelings were wearing thin with each minute of her husband’s absence. In fact, she was more than frustrated, she was now getting pissed.

After another attempt to call him went unanswered, she threw her smartphone on the loveseat and peered out the window again. It was now past dusk and the only light was the radiating amber of a nearby street lamp. In the wooded grove, she saw what appeared to be a shadowed human figure in a black hood. This amplified an already stirred anxiety in her, and she stared at it for a good five minutes to see if it moved. It did not, so she guessed it was just some collective shadows being cast on the tree trunks. Her phone rang, startling her. She leaped over to the loveseat to answer it. It was her husband’s number. There was no answer when she said his name, but she did hear movement and some muffled talking, he must have pocket dialed her number. She listened intently for any sign of what he was up to. She heard shuffling and a thud came next. She figured that maybe he dropped his phone, but there were still muffled voices, it was more likely that he dropped his pants. She hung up the phone before she heard any more. It’s probably not what it sounds like, she thought, maybe he was just going to the bathroom. That explained it, she reckoned. He was at an important meeting and had to take a restroom break. He only dropped his pants and plopped on the toilet, chatting with a guy with a higher pitched voice in the next stall.

She looked out the window and noticed the figure was now looming larger. Her optics were a bit fuzzy from so much wine, but she was sure it moved this time. She didn’t fear it now, however, she felt something else. An impulse strangely enough.
She went into the kitchen and pulled a huge knife off of the magnetic rack and stared at her own blue eyes in the shiny blade.
She started down a strange path of thinking, from carving a face into the pumpkin, to carving out a pumpkin face in her husband’s head. She had the idea of painting it orange and sitting it out on the porch with a lit candle in his mouth. Hilary was making herself sick and she felt she’d vomit if she kept thinking this way, yet there was something about this imagery that made her giggle. “That’d scare those mooching little hellions from coming to our porch,” she said aloud, laughing hardily.
“If that bastard is cheating…,” she said, as she plunged the knife through Sam’s pumpkin. A spurt of juice exited out the opposite side. She pulled the blade out and more juice dripped from the tip into a satisfying tiny puddle on the Formica. Hilary again plunged the knife into the face of the would-be jack-o-lantern. She slashed the pumpkin repeatedly until she and the kitchen counter were splattered with seeds and pulpy orange pumpkin matter, chunks of which found its way as far as Sam’s pricey wireless speaker on the other end of the kitchen counter.

She again looked at her eyes in the knife’s now stained blade. She saw an unfamiliar stare that made her wince.. Hilary wiped the gooey mess up her left arm and then took a handful to her face, smearing the cold sticky goo on her cheeks to get the maximum feel that she desired. She looked up and peered out the window at the hooded figure. It was now pointing down the road. Hilary nodded, gripping the knife tightly. She hid lying in wait behind the door to the garage.

Sam’s co-worker, Beth lounged on the couch in her apartment. His cologne scent still lingered on her as she breathed it in. A smile unrolled across her face, recalling the satisfying, if somewhat brief evening with him. Sometime soon that would change and he’ll be all hers, that according to Sam’s own words. She winked at the cardboard witch decoration on her door and mimicked its wicked grin.
She tore open a mini chocolate bar from the candy bowl and put it to her lips.
Her phone began buzzing, and she saw that it was Sam.
“Hello, my love,” she cooed.
There was no answer, but she did hear loud movements, he must have pocket dialed her number. She listened horrified at the muffled yelling, screaming and deathly cries of her lover.
She ended the call and ate her chocolate. She soon began thinking of ways to flirt with Darryl in the accounting department at work.