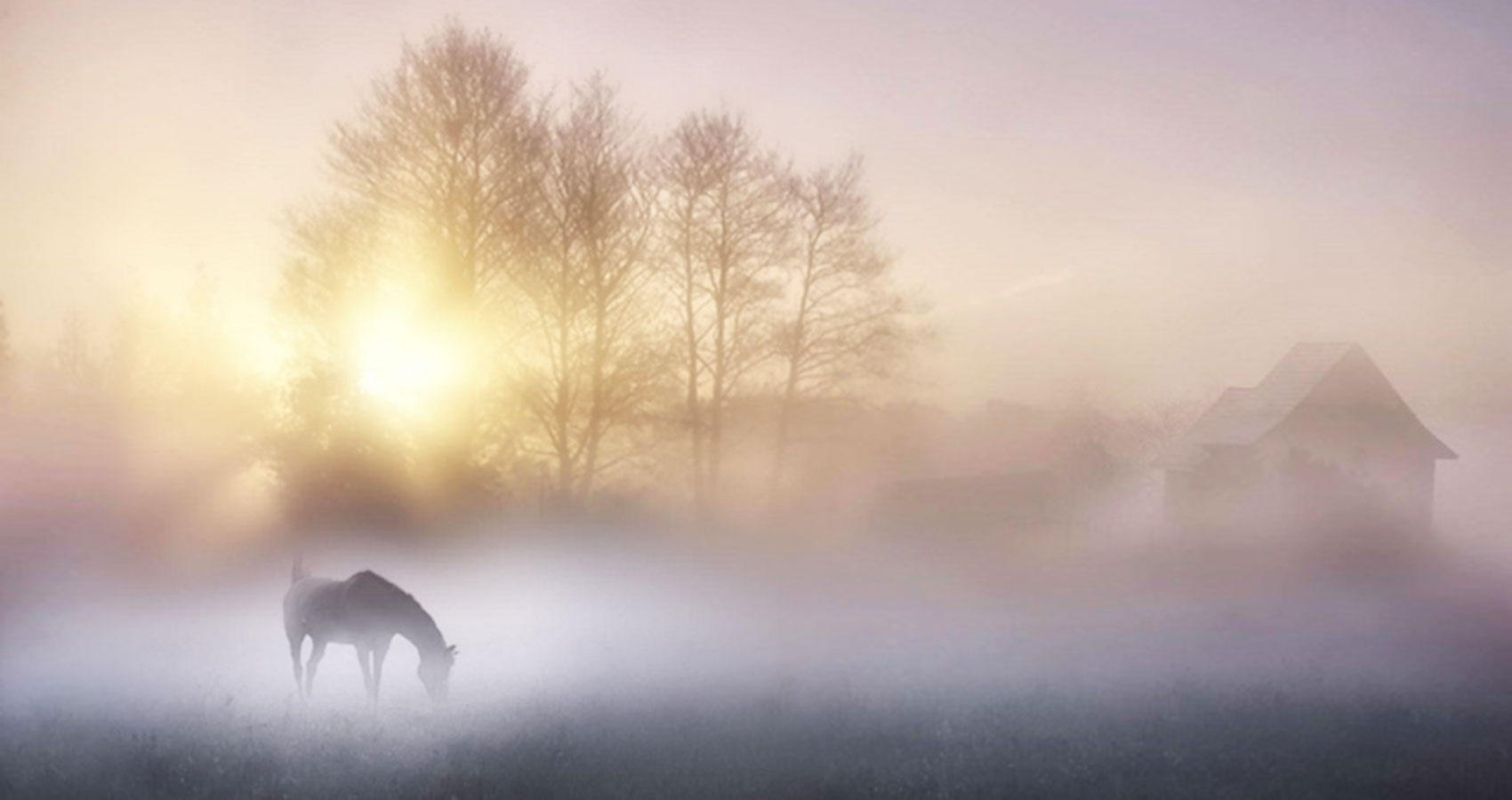 Racing The Sun To Kankakee

Racing the Sun to Kankakee

Like a thousand times before,
she finds the scent of the line away from the party,
leaving street-corner musicians,
Heavenly beignets and chicory coffee….And joy.

Leaving Joy, behind—despite misery under freeway overpasses;
Falling away in the rear window down parallel bands of steel
The party goes on, the music getting
fainter, but stuck in my skin like a vaccination scar,
in my ear like an old love song playing soft.
Despite the worst that could happen, the People endure.
God bless the People.
The train rolls north, but carries the place with it.
The passengers carry the place with us.
Old Bourbon St., Canal St. with its clackety trolleys;
flood-stained Poydras, Gravier, Decatur streets.
The bars and the shops and the throngs of
sun worshipers on Jackson Square
who lounge and dance to a saxophone player
and drop coins and bills in his open case on the sidewalk.

Or listen to the tolling of the cathedral bells.
The steamboat down at the dock breathes
a hot, breathy calliope tune, luring passengers to the
Big Muddy to taste something old, something new
Something borrowed, and some Blues.
The blond woman, on her cast iron balcony above
The traffic and crowds, waters her flowers, looks
Down at me and smiles. It’s OK, Honey, she seems to say,
Life is good. Isn’t this a great place?
It’s New Orleans: Laissez les bon temps roulez, after all.
Let the good times roll…

So we roll. The horn blasts again and silent
steel wheels start to turn, gathering speed.
Number 58 follows an old steel line up, up,
slowing now and then but
Always up, up, up, past
Metairie, Kenner, New Iberia, the old names.
Hugging the shore of vast
Lake Ponchartrain, goddess destroyer,

Up, up the steel magic carpet ride
In dusk’s gathering, into the
dark memories of Delta country,
Past fields greening with winter wheat,
into the Mississippi night,
A stop at McComb, then Jackson,
then all the way up, up to Memphis by midnight.

And as we sleep, the car rocks unevenly,
the engine horn blows warnings
Into the darkness, the stars move slowly past.

The conductor’s voice comes over the speaker, tinny,
An hour and a half to Chicago.
“Get your things ready. Breakfast is served.”

Dawn comes early in places like this,
A mist covers the fields and coats them out of focus.
At breakfast, a retired doctor traveling with his daughter
Back home to Chicago
Tells about strawberries
(they’re on the menu this morning)
And remembers tending strawberries
on his father’s farm in
New Orleans, and how sweet
they were, and how he hated
Working in the beds, but loved
eating the sweetest berries in the world.
The sweetest in the world… his voice trails off.

Watching him, his eyes gone soft with old memories,
I wondered if their sweetness was more than rich soil,
But rather some small consolation to the People for
Enduring the swamps and fevers and mosquitoes and the hurricanes.
The old doctor remembers the flavors
of strawberries on his father’s farm
In the French Quarter, 70 years, a lifetime ago.
He can taste the past again, and smiles.

The miles evaporate under the clicking wheels
as we talk, and eat
And the car rocks and rolls.
The waiter flies up and down the aisle,
Used to the way the car bucks and pitches on rough spots,
Never spilling the coffee.

The eastern horizon begins to glow.
Through fallow fields and past naked trees we fly.
And like the Resurrection, the sun is up and claims the day,
Keeping pace, rising in the east, burning bright, banishing darkness again.

And out the window,
over the frosty stubble
of an Illinois cornfield,
the old promise rises,
runs alongside, keeping pace.

We race the sun to Kankakee,
yet the faint music still plays,
far behind.

“All aboard The City of New Orleans“