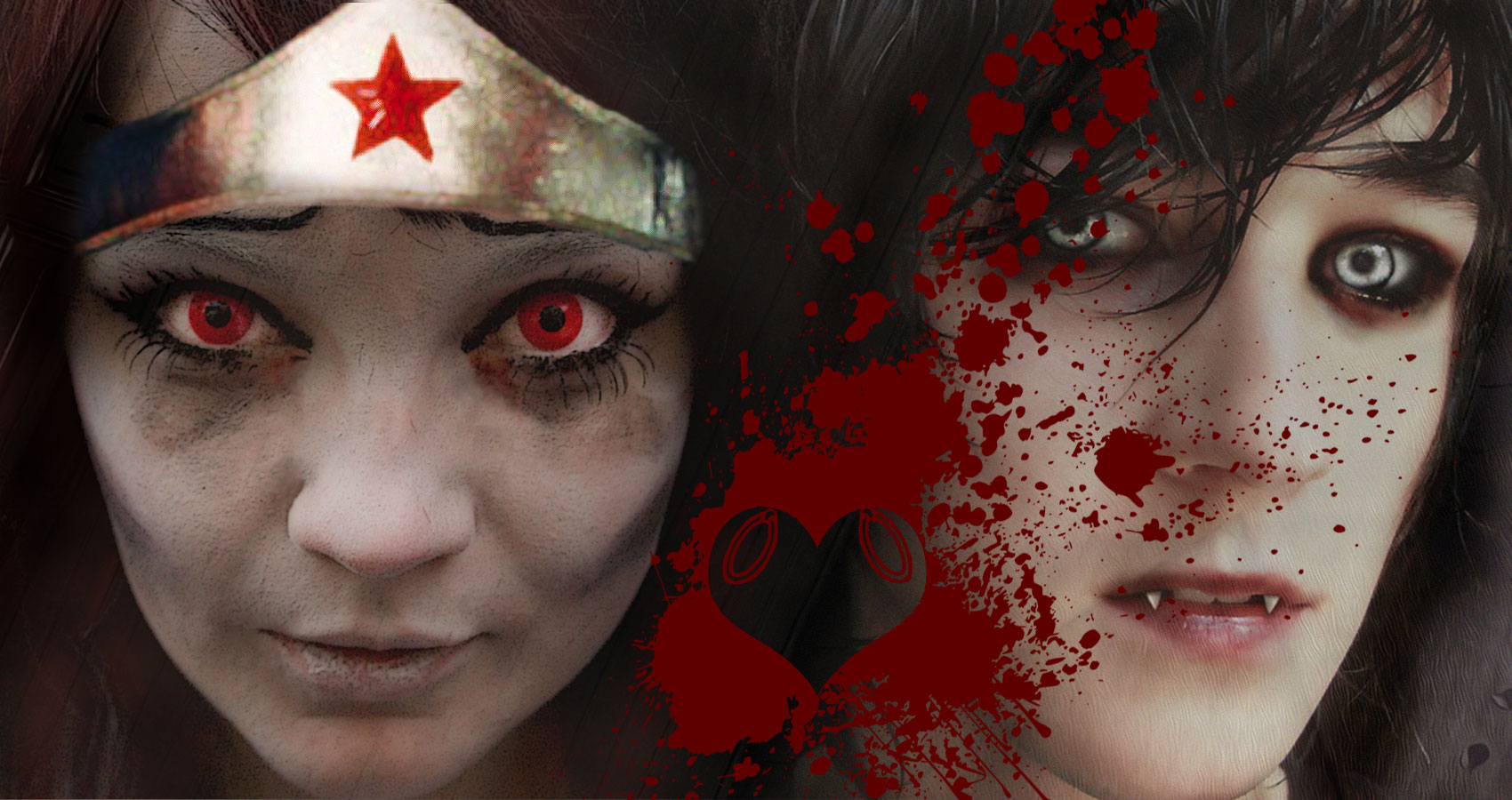 What kind of birds are we?
Singing a sulking dark soul’s song defying death seducing eternity
Living in a house of crows as Cage stabbing the darkness with our bloody beaks
Electric wings lift us to new murderous mountain peaks
Satan’s sparrow flying into the abyss of hell
Volcanic vultures feeding off the carcasses of the dead
In alabaster and crimson sculpture of corpuscles and muscles of steel
We live in the shadows where memories make us feel
so real
we’re almost human
but certainly monsters
wounded warriors weary of wicked wars
slashing ghosts and demons soars
who know endless excruciating flight in search of a place to heal

After eternity kept our love protected in a heart-shaped box
then restarted all Time’s shattered clocks
What else could we do together
since we already knew how to fly?
Live in a house of crows or house of ravens evermore

We became a band – Electric Blood Warriors
Put on our kaleidoscopic grease paint
I used my rib bones as an electric harp
freeing a hand to pound the drums
as my love and lust played his heart as an electric guitar
every note played shot through me like a lightning split star
we were instruments of music
could we be instruments of change
or were we simply deranged?

uploaded on YouTube
we lived a rock ‘n roll fantasy
but what kind would we be
A love perched in its electric chair
singing caged exhaling music’s rarified air?
A new undead Juliet and Romeo
John Lennon and Yoko Ono
Kurt Cobain and Courtney Love
or Annabel Lee embraced by Poe’s Black Dove?

We were two creative creatures in love
allowing the mysterious flow of electricity of power and hearts
intertwine as river into an ocean of emotion
as we wrote songs and sang, breaking only into an interlude of kisses
and fiery embrace

“Zeek is sick with fever, I have to go to him”

He could barely lift his concreted eyelids that secreted blood tears

“Lucy” was all he could sputter

“I’ll take him to the hospital”

“Make him well again please… he’s all I have.”

We flew to Lataham Hospital and walked through the front door

I could see my sister Teri walking toward the emergency room
When she turned to me I was shocked at her transformation – her face softened, brow unfurrowed

“Stan dropped his case against me, trying to get custody of the kids.  He just — moved away–”

“I’m so glad  — (handing her the boy) Zeek is sick with some kind of fever.  I can feel it’s in his blood, attacking him from the inside out”

Teri grabbed Zeek and ran to the emergency room

As Lucy turned around – she was suddenly surrounded by vampires swooping down from the ceiling
attacking her, sucking her electrified stem cell fortified blood

“Use your skills – you don’t need me anymore”

She aimed the coracle at these blood-lusting angry demons hungry for destruction and suddenly electric bullets shot into their bodies electrocuting them, their bodies bursting into flames flying like evil embers falling back into the fires of hell

The Coracle became a sword of lightning-force electricity slashing through the vampires one by one, dueling the small and the biggest, slashing them to their eternal death, watching their burning bodies
pouring red rain down on the shining white floors

When the vampires were all dead in piles of devil dust, she got up and stumbled to find Jordan, nowhere to be found, her fever felt through Zeek was getting hotter and seemed to short-circuit her limbs

She lamented in a loud cry if her world was ruined, as she dragged her bloody body in search of her one true love, whose absence even for a few moments was agonizing, her mind tormenting each second:

Feeling like this, I knew there was a darkness at the edge of eternity I wasn’t ready to face.  Thorns grow beneath roses and honey tastes of sting, as my soul reels, like love, I already shed the blood and tears, but the wounds have yet to heal.

I suddenly felt a cry well from my heart
but it was Zeek’s voice so I ran to his hospital room
inside I found Jordan, my vampire and one and only true love biting
into Zeek’s neck
while he held Teri’s throat by the noose of his fist

In a split second choosing between birth family, my new family
and my only love
I realized
there are two pins on either side of a grenade
called a heart
whoever pulls that pin out
explodes the love apart
to smithereens
no longer recognizable
as love at all