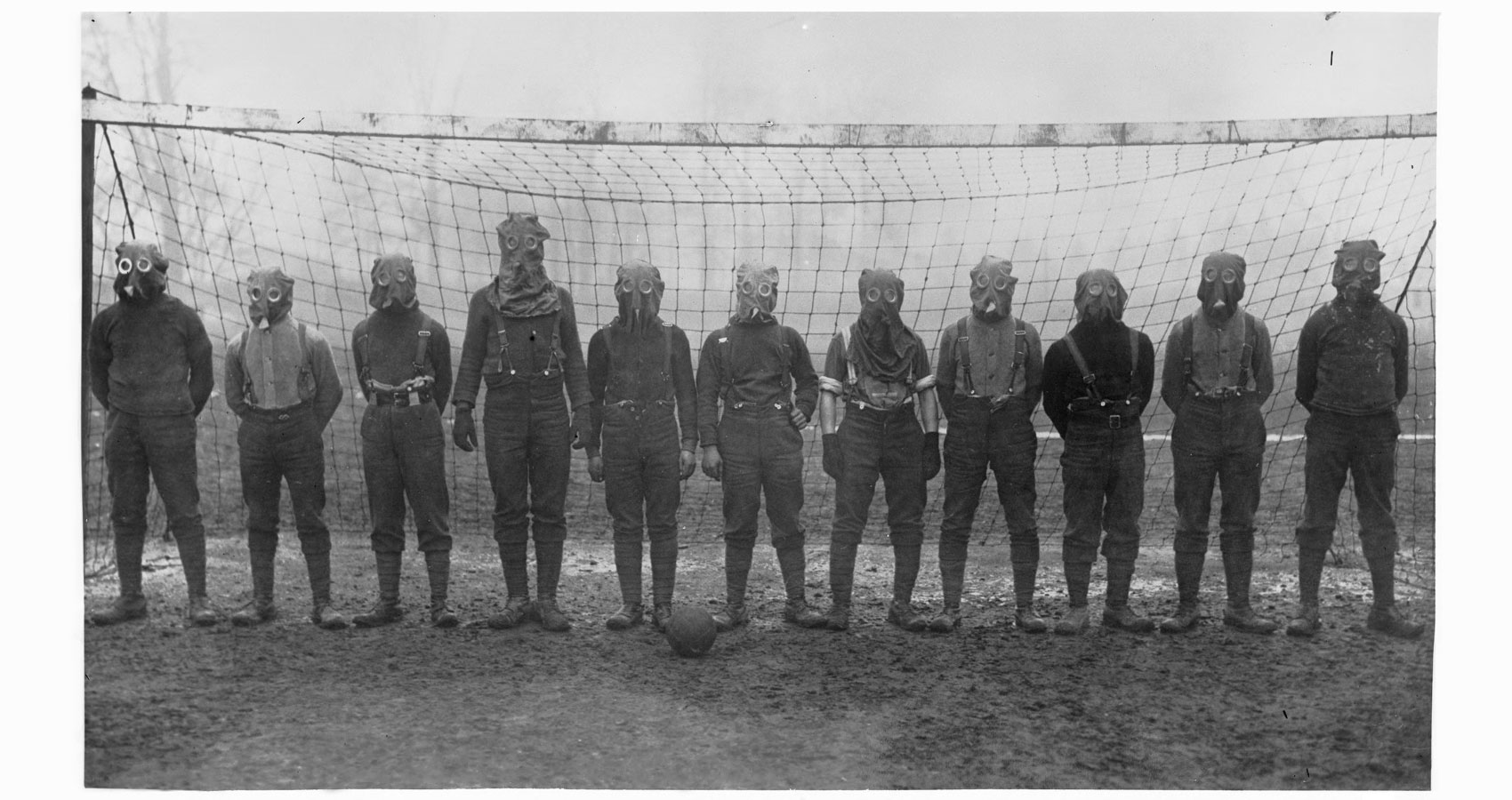 “It was a hell of a game” he said. “We fought well until the end, man what a kick what a beautiful corner kick.”
Sergeant Jamie was out of breath he had just come in from the battle front. The heat was blazing and the battles intense. We stood in the hallway of the infirmary. There were soldiers everywhere lying covered with blood through-out the building. Some were bandaged, some weren’t. The medical staff was running around helping who they could and determining who was the most seriously wounded and who could wait for further treatment.
Sergeant Jamie had come in to check on his team. “These guys are some of the best soccer players ever. I would sure hate to lose them.”
Soccer is a very tough sport that requires great endurance and skill. You have to have quick feet and a keen eye. Strong legs, flexibility and a hard head. It is the running sport because with the exception of the goalie you are pretty much running back and forth and back and forth constantly for two 45 minute halves a total of 90 minutes.
I was a scrawny kid who loved to run, so the Sarge said I could be right wing. The right and left wing in soccer are the guys right on the front line and ones who definitely do the most running.
In the infirmary we heard the sound of a land mine in the distance.
“Damn it” Jamie burst out. “Someone’s going to miss practice”. He slapped my back
“but what the hell, that was still a beautiful corner kick you made you hot dog, damn.”
On our soccer team calling someone a hot dog was a way of making fun of them and giving them a complement at the same time. To be a hot dog meant you were someone who craved the spotlight and were a show off. If someone hogs the soccer ball not passing it much and takes risky chances to score a goal without the help of his teammates, that guy is considered a hot dog. Being called a hot dog also meant you were a damn good player.
He slapped me harder a second time and let out a loud howl. One of the medical workers who was covering the body of a guy who just died looked up with a disturbed face.
I whispered “Thanks Sarge, maybe we should talk outside.”
“Outside?” he whispered back mockingly. “It’s too fucking hot to be out there.”
“But sir the men…the workers, well it doesn’t seem…”
“What?” He now raised his voice as all the medical workers froze in dismay “You think it’s disrespectful of me to be in here talking about the greatest sport on earth, in here, in this place where guys are dying?”
“Uh, er no, um maybe, well yes probably sir.” I could feel heat flush to my face as sweat ran into my eyes. I squinted a stinging squint that burned and made me lose my vision. I wiped my eyes.
“Shit man are you crying” the Sarge yelled out and again an awkward silence and more dismayed looks from the medical staff.
“Sarge, please…” I whispered again. That was me always the respectful one, the good catholic kid always playing by the rules and always trying to please. Scared to death to offend or hurt anyone.
“Relax kid” he whispered back. “No one in here gives a damn about decorum or respect right now. These guys are dying! They’ve lost arms, legs, their eyes and hell their guts. None of these guys will ever kick a soccer ball again. If anything they want to hear about the glory of the game one last time. And damn kid you did it with that beautiful corner kick you made.”
“It was good huh” I smiled a bit and for a minute I forgot where I was. “But it was only counted as an assist Sarge. You were the one who scored the goal by making a head shot in. Right before the whistle blew.”
“I couldn’t have done it without you kid.” Suddenly a guy down the hall began moaning louder and louder and then he was saying someone’s name and then just saying let me go home, just let me go home.
Sergeant Jamie walked over and took his hand he bent over and drops of sweat fell from his hair. He whispered in a very kind tone. “Young man you played valiantly out there today. You will be going home son, soon. But you can’t leave just yet boy. You are the best goalie we have.”
The soldier’s eyes rolled back in his head and a darkness went across his face. He gasped a low release of breath that sounded like the cap coming off of a beer bottle. Then he was gone. A pretty young medical worker grabbed his hand from the Sarge and held it to find the pulse. Sergeant Jamie stared expressionless at her. She looked at him and then slowly shook her head as blue grey tears welled at the edges of her eyes.
Sarge got up slowly rubbing the top of his head. “Damn” he whispered. “Another one.”
He walked back towards me and the room began to glow as darkness moved through the hallway.
“Hey Sarge.”
He turned and looked at me with a blank look underneath the sweat, dirt and blood that covered his face.
“Is this war ever going to end?” I asked.
Then Sergeant Jamie put on his helmet, he smiled at me and said “I sure as hell hope so kid. We have a game tomorrow.”

To some war is just a game, and to some it is an evil necessity, to others it is a senseless waste.