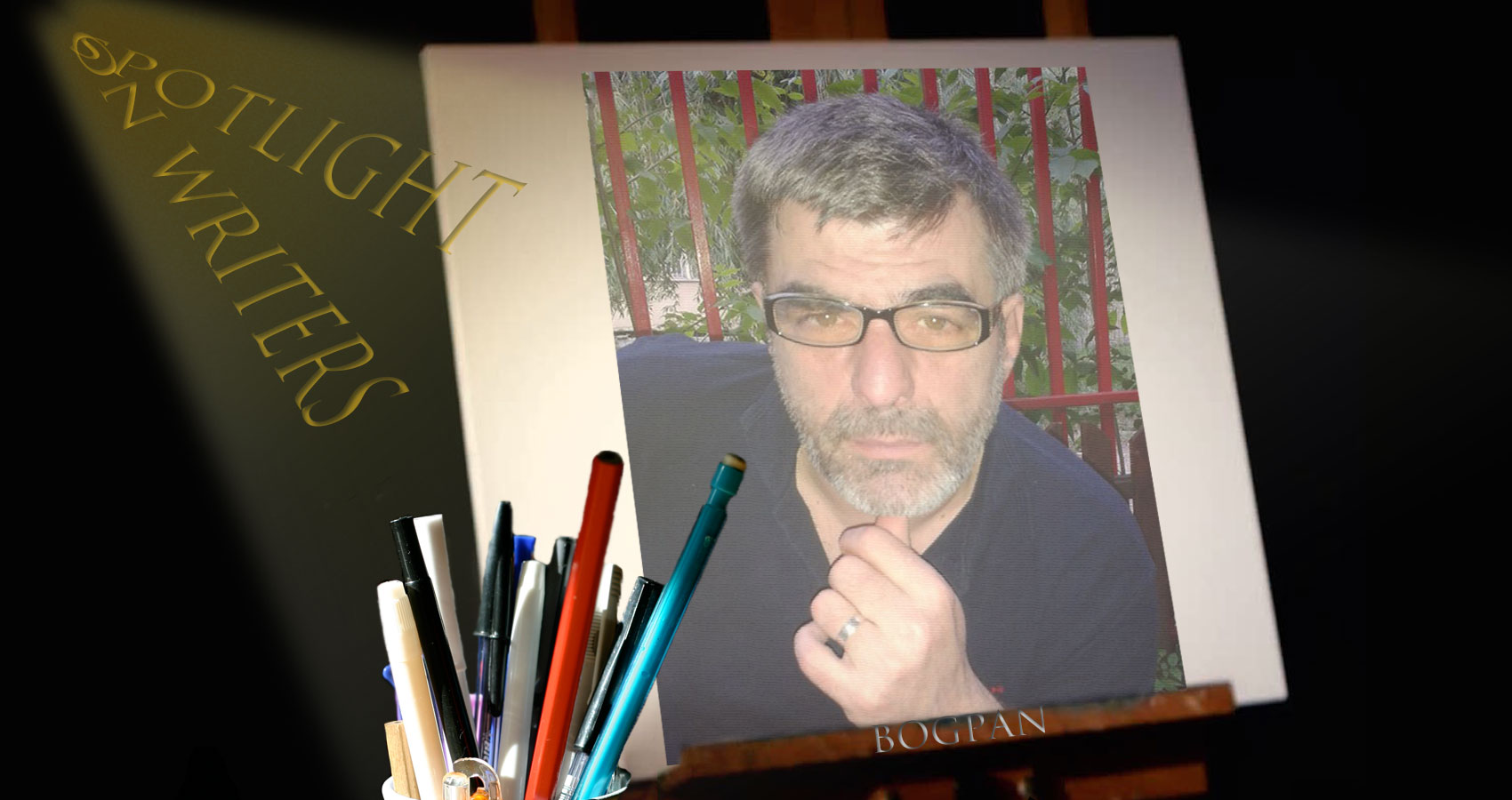 I was born and still live in The Chestnut city of Sofia, the capital of Bulgaria. Bulgaria is an East European country with beautiful nature and long, interesting history.

As a poet it is easier to answer your question using this poem:

Feelings. They could be from all ranges of human experience. As a friend of mine says – something stings you and when this feeling becomes unbearable I write a poem.

I love every word as it is a creation of the language. Some of the words I use often, others – rarely, but maybe my favourite word is ‘Human’. I have written a volume of poetry called The Human Who:

The man who sits at the edge
of the water
shares the bread
(for you and to the birds).
Familiar with the dream far ago.
He can count when
the lime blossoms crumble
(someone passes to some place
and love is the longest point).
Entire.

Then (i look) it is
maestoso.

The feeling of helplessness in front of children’s tears.

That is an interesting question. Actually, Bogpan is my poetry nickname which is a transcription from the first three letters of my name and family name. The result was interesting because of the coincidence with one of the gods from Greek mythology – God Pan. In Bulgarian language God is Bog. One of the interpretations of God Pan is that he is God of the Universe. In this respect, Bogpan could be defined as the one, who tries to express the inexpressible.