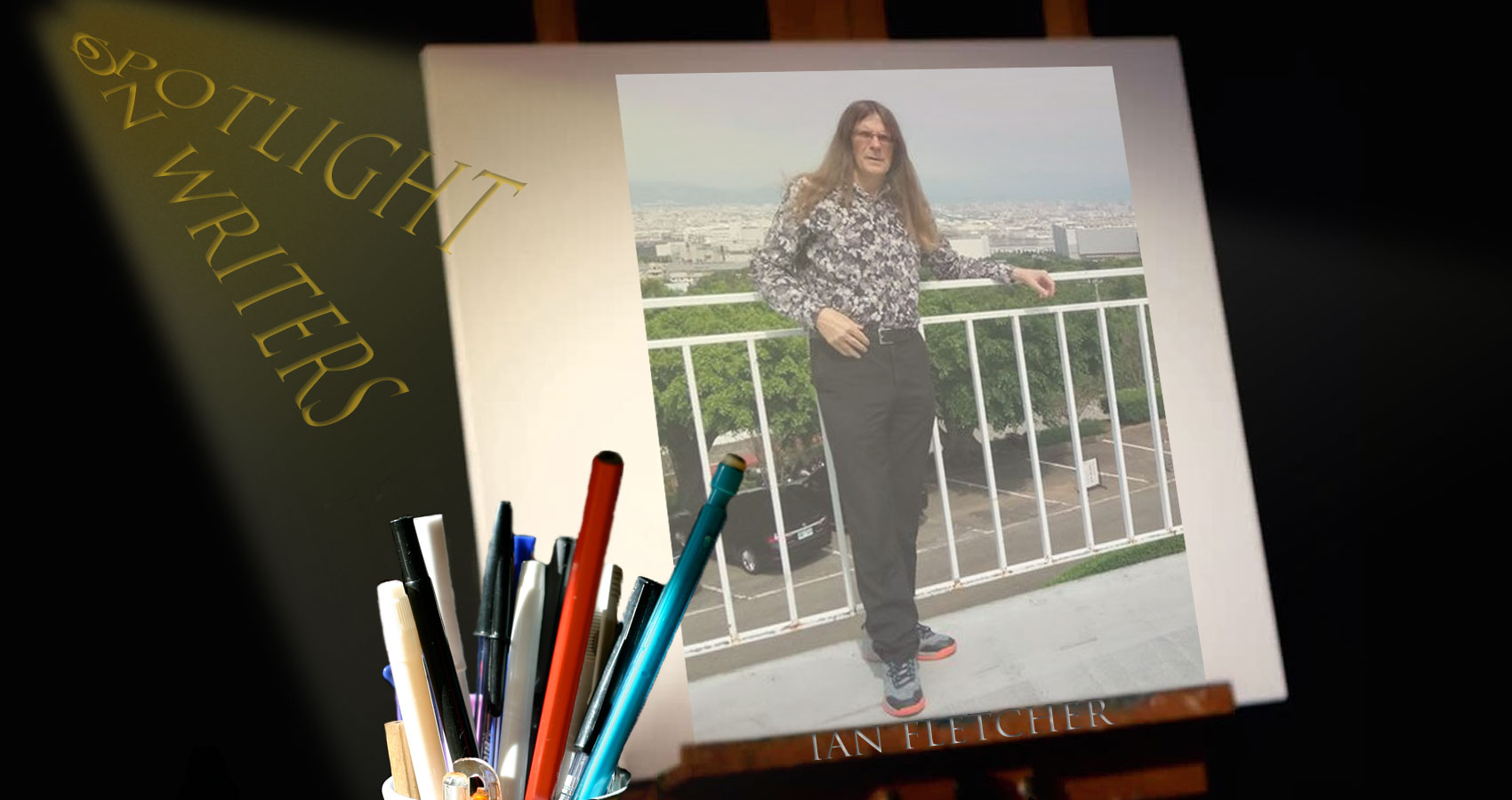 Well, here’s the narrative. I’m originally from Cardiff in South Wales. I still co-own a house there with my brother, and I return every year for a month in July. I studied English at Oxford, gaining an MA degree and then did another MA degree in Shakespeare Studies at the Shakespeare Institute in Birmingham (now re-located to Stratford). I then spent – and misspent – my twenties in York stumbling into a publishing job before deciding to teach English abroad. I spent two years teaching in Portugal, followed by four years in Saudi Arabia, where I was an ESL instructor and then a manager for the Saudi Navy’s English Language Program. Twenty years ago I moved to Taiwan where I have taught English and written textbooks for publishers. For the last six years I have taught in a high school. I shall probably remain in Taiwan as my wife is Taiwanese and we have two daughters here.

Home suggests more than one place to me. My home in Taiwan is central I suppose. The greatest thing, though this sounds rather sentimental or clichéd, is my family here. Of course, as mentioned above, Cardiff remains home as well and has another kind of depth. Additionally, my Oxford college, Balliol, feels like home, though a more impersonal one – my intellectual home – whenever I visit it.

The trigger for the poems I write is usually some memory or experience that I brood upon or just enters my mind that I can make into something meaningful for readers. William Wordsworth wrote in the Preface to the Lyrical Ballads that poetry “takes its origin from emotion recollected in tranquility,” and I broadly agree. Wordsworth, a Romantic poet, used the word “emotion” for simplicity and to challenge 18th Century rationalism but I would expand that concept to include a cluster of things that can be recollected: thoughts, feelings, impressions, memories, private experiences, that are reported, reimagined, or transformed by the poet using the public medium of language.

I like words generally, especially the Anglo-Saxon root words of English, which seem simple but can have multiple meanings and great depth. For example, the word “world” from Old English “wer” (man, as in “werewolf”) and “ald” (age), originally meaning ‘the realm / era of man.’ I will quote from Wordsworth again to show how a great poet uses the word: “The world is too much with us; late and soon / Getting and spending we lay waste our powers, / Little we see in Nature that is ours.” And here’s something I wrote in a poem called “At a Graduation Ceremony”:

“They inhabit a different reality
safe in the cocoon of their youthful world
like expectant passengers on a quay
about to embark on an endless cruise
their adult life a great ship that will sail
across oceans of possibility.”

I am a fundamentally introverted person though my work has necessitated that I engage more with the outside world. A pet peeve is when aggressive extroverts try to ‘get to know me’ in the way they customarily interact with fellow extroverts. Again, I’ll quote from the classics to illustrate my point and cite Hamlet’s words to Rosencrantz and Guildenstern:

“Well, look how you play me—as if you knew exactly where to put your fingers, to blow the mystery out of me, playing all the octaves of my range—and yet you can’t even produce music from this little instrument? My God, do you think I’m easier to manipulate than a pipe?”

My past and present as indicated above, but also as I get older my reflection on the future which for me now has its limits. Constant preoccupation with mortality and meaning has entered my ‘world’ at this stage of life. Ian Fletcher as an entity may be in fact dissolving. That may sound morbid but there are compensations: plenty of material for poetry!

Born and raised in Cardiff, Wales, Ian has an MA in English from Oxford University. He lives in Taiwan with his wife, two daughters and cat. He teaches English in a high school. He has had poems and short stories published in Duane’s PoeTree, Tuck Magazine, Best Poetry, The Ekphrastic Review, 1947 A Literary Journal, Spillwords Press, Dead Snakes, Your One Phone Call, Schlock! Webzine, Short-story.me, Literary Yard, Indian Periodical, Anotherealm, Under the Bed, A Story In 100 Words, Poems and Poetry, Friday Flash Fiction, The Drabble, and in various anthologies.