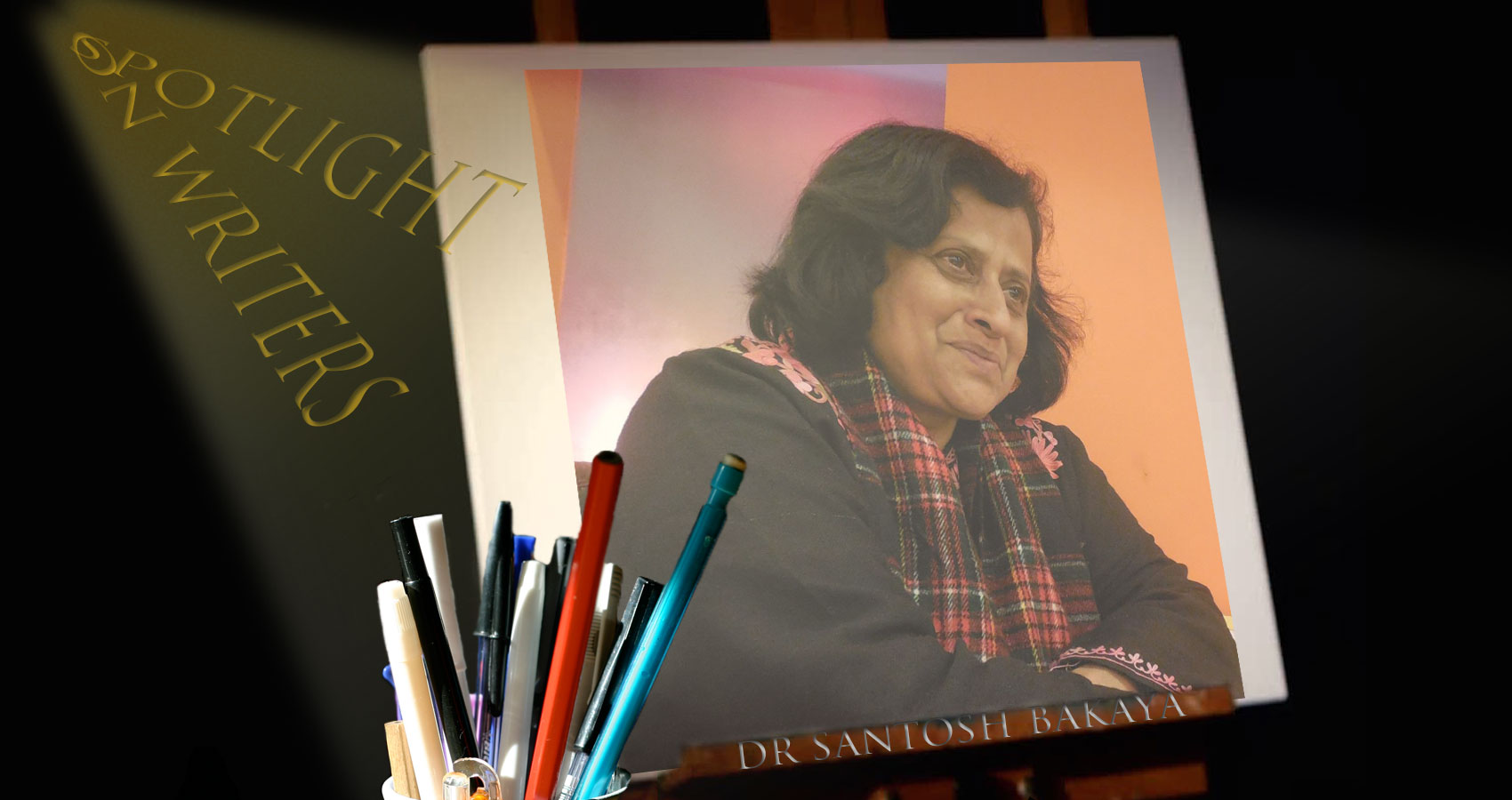 I hail from Kashmir, a state in the northern most part of India, and is called a paradise on earth. It shares borders with the Punjab and Himachal Pradesh in the South. But, I have all along lived in Rajasthan, where my father had migrated in search of greener pastures, and where I also continue working as an educationist.

Kashmir has always been known for its communal harmony, its Sufi saints, the magnanimity and compassion of the people and the profusion of natural beauty. But alas, now it has been scarred by violence and conflict. Its sylvan charm replaced by trauma and turbulence, which hurts.

Allow me to reproduce a few lines from one of my poems, (I COME FROM THE LAND OF FLOWERS) which is part of my latest book of poems, Under the Apple Boughs:

‘See, how baby conifers stretch their tessellated arms
Streamlets babble, feisty wavelets ripple and roar
And frisky cubs nuzzle each other
In their juvenile bid to erase those memories of gore.‘

Anything can turn me on, depending on my mood of the moment. The silver lining in a grey cloud, the russet shadows of the setting sun, the early morning birds heaping love on each other, the frolicsome puppies I meet on my morning walks or, the sunrays insinuating themselves into my window every dawn. In fact, nature has always sent me into raptures of poetic creativity…

An old couple holding hands, silhouetted against the setting sun, the glow on a tiny rag picker’s face, an emaciated beggar woman suckling her child – these have sent my creative ink flowing- be it in the form of poetry or prose.

I have found many a story lurking in an old man’s wrinkles, and a young woman’s false smiles. You know, while coming back from a late night movie, my eyes fell on three men sitting around a boulder drinking, and this became the backdrop of a ghost story, THE BOULDER, that I started writing that very night.

Serendipity has always been my favourite word, and although I have made a conscious effort not to use it too often, somehow it creeps into my writings.

“It was his day, as serendipity serenaded him all along the boulder-blocked way”.

Mephistophelian frowns are something that peeve me no end. They can distort the most beautiful of faces, and I always try to instill into my students the significance of grins, giggles and guffaws.

Right from my school days I was known as the Mad Hatter, and used to be up to some practical joke, firmly convinced that it is good to be bonkers! Most of the time, I was under the Tamarind tree in the school compound where the nuns made me stand, penalising me for my mischief, which, to the teacher’s discomfiture was an everyday affair. That madness still defines me, and I believe I am in this world to inject some insanity in the so-called sane world.
Like the Mad Hatter, I do not have the slightest answer to the riddle that he poses to Alice; “Why is a raven like a writing desk?” But raven or not I continue to write ‘Ravenously’, be it on the writing desk, the dining table, the kitchen slab or even a stool.

I firmly believe in Martin Luther King’s dictum that, “injustice anywhere is a threat to justice everywhere“, and like him I dream that some day, lives will no longer be “crippled by the manacles of segregation and the chains of discrimination“, and some day all this bitterness and hatred will come to an end. Maybe I live in a fool’s paradise, but I love to bask in this folly – For, it has always been my FOLLY which has defined me – the folly of a positive optimism.

When We Lose Someone