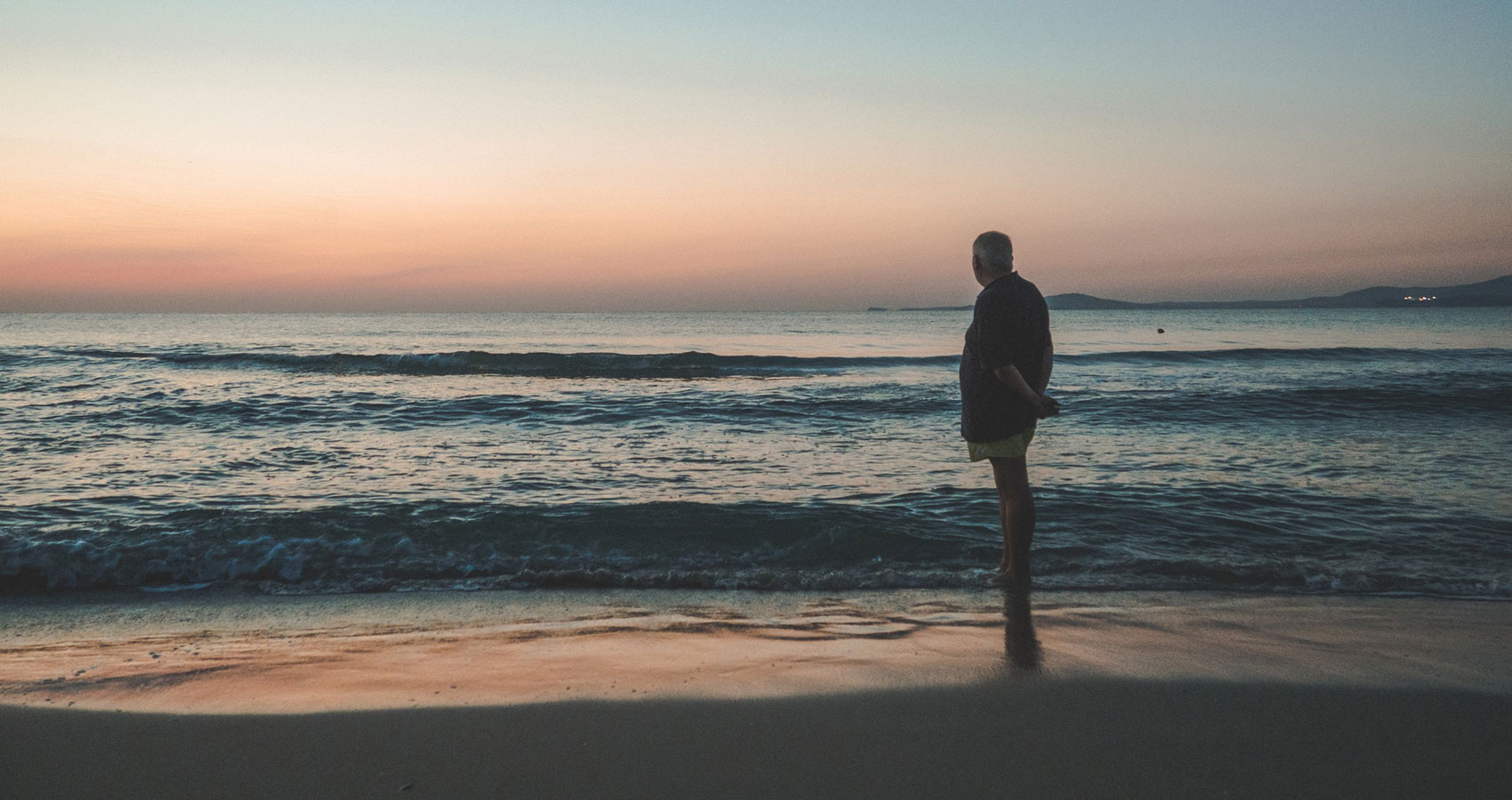 The aged Philosopher stands at the water’s edge,
With toes buried in the white sand,
Looking out at the great ocean of undiscovered truth.
Piles of books wrapped in newspaper are at hand.
Schooners and boats fill the bay,
As mariners and ship owners haggle over pay.
And beyond the harbor lies the sea
Its waters concealing life’s mysteries.
Art, science, literature crowd his mind
As he treasures each and every find.
Arms outstretched to the Divine
The Philosopher cries: “Time, time . . . I need more time!”