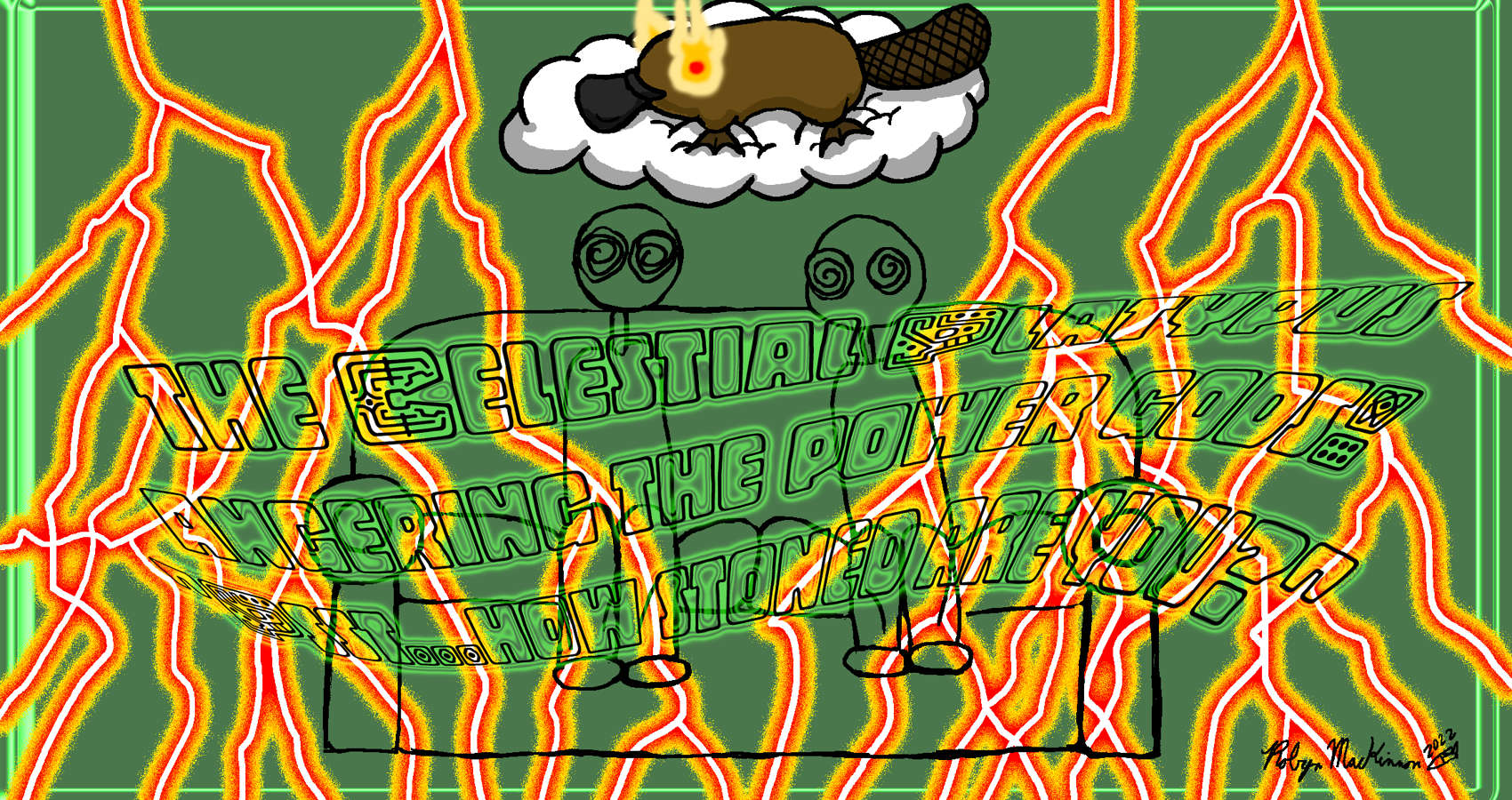 Illustration description: A green background, framed to make it look almost like a facetted, rectangular emerald. Top and center, a cartoon platypus perches atop a white cloud, eyes literally ablaze. Lightning bolts fork down from either side, glowing in angry, fiery hues. The words of the haiku occupy the center of the image, transparent, savey, glowing strangely in Copal Std Decorated font. Directly behind the words, a line art of two cartoon characters on a couch is visible. They are nondescript, wearing pants and shirts, having no hair and no features, except for spiral eyes. The one on the right leans slightly toward, the one on the left, indicating the context of the haiku’s last line.