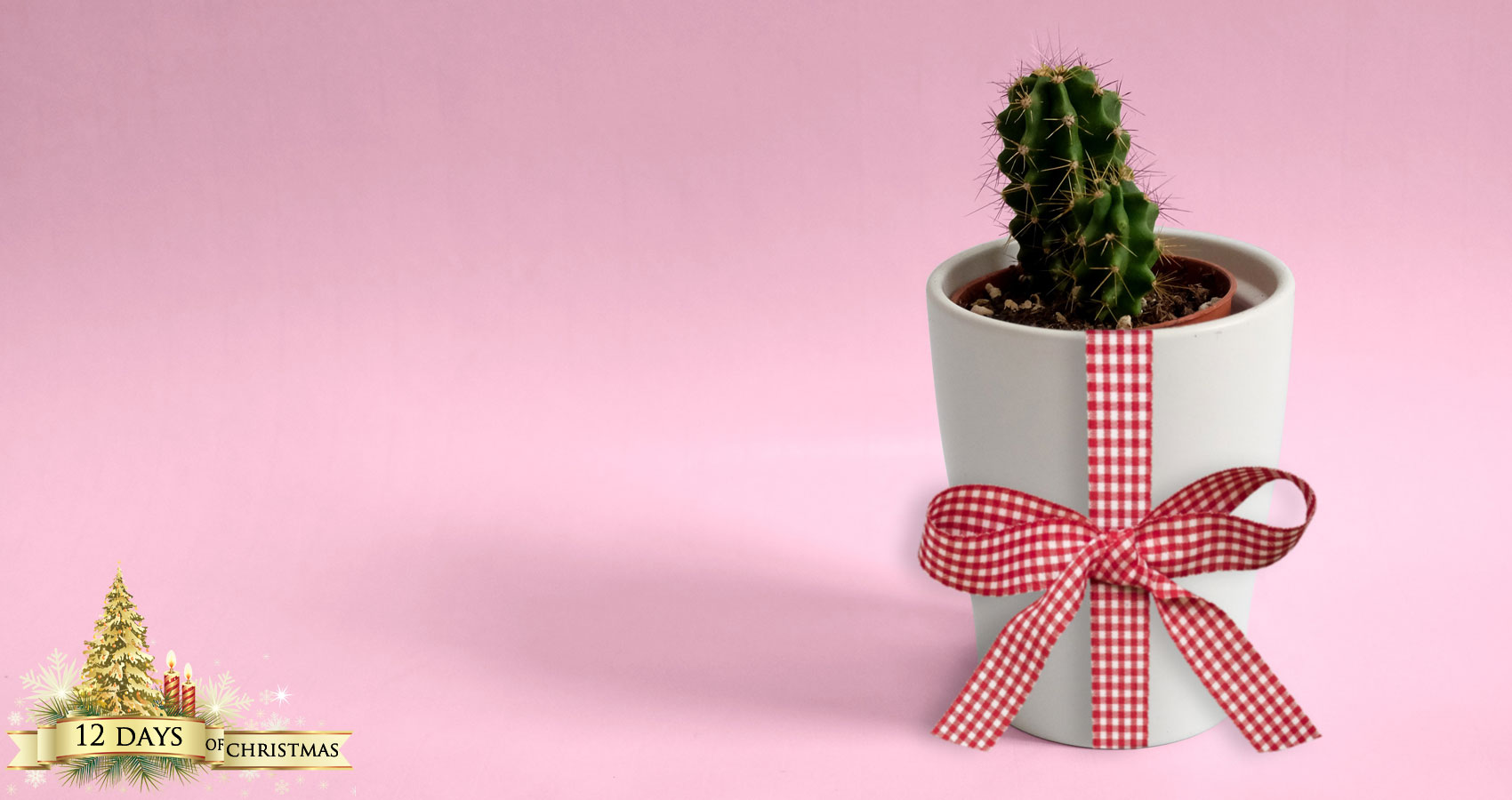 ‘It’s eleven o’clock, no one told me it was eleven o’clock!’ cried Mum, flying into the room trailing lace and almost tripping over the flex of a lamp.

‘What about eleven o’clock?’ muttered Dad from the corner where he was twiddling bulbs in the Christmas lights.

‘Oh…dear,’ said Dad, paling as he looked down at the tangle of wires in his hand, ‘Oh dear, oh dear.’

‘Well don’t sit there thinking about it, help me get it ready.’

The ‘it’ in question was a chair that, for the majority of the year, was used in varying degrees as a clothes horse, the paperwork chair, a gymnastics vault when mum and dad weren’t looking and the spare chair offered whenever there were one too many people invited to the house. Every Christmas though the chair became something sacred. With a heady mix of reverence and fear the simple, overstuffed tartan chair was hoovered, covered with a lace doily thing where someone’s head would rest and the table next to it was set with another doily, a coaster and a table lamp with a pink shade and a dreadful peacock pattern on the base. The reason for the transformation was for the comfort of the most revered and frightening Great Aunt Mabel or Great, Great Aunt Mabel as she was to Lucy, the octogenarian matriarch of the Browne family who descended upon Lucy’s house every Christmas Eve and proceeded to give as much trouble as she could until the day after Boxing Day.

Lucy had never quite understood the fuss. The old woman was grumpy and demanding but she could barely shuffle in and out of her chair so she could never see why everyone was so eager to please her. Still, she did as she was told whenever Great Aunt Mabel was in the house, preferring not to be dragged close to the old woman and the smell of moth balls that always surrounded her, not to mention the foul click of her false teeth whenever they came loose as she spoke.

Christmas in the Browne house was the same every year but this year Lucy thought it was a little more exciting for it was the first year she had chosen and bought presents for everyone herself rather than Mum making her fill out a card that was attached to a present she knew nothing about. The gifts were nothing much, a box of chocolates for Mum, socks for Dad, the same for both Grannies and Grandads and a book about aliens for her brother. She had even bought one for Great Aunt Mabel though she doubted she would like it.

When Christmas morning dawned it was the same as every Christmas morning, stockings were opened, Mum swore quietly under her breath in the kitchen about the food, the Grannies insisted on Christmas kisses and Great Aunt Mabel sat in her chair demanding sherry and mince pies at regular intervals whilst complaining about the noise modern toys made even when they were playing with a yo-yo.

Once Mum had set everything in the oven and the wait for lunch began, they all headed to beneath the tree and the ritual handing out of presents was performed. Whenever Great Aunt Mabel received a gift she opened it, turned it over in her wizened old hands before she set it next to the dreadful peacock lamp without a word. Lucy resigned herself to receiving the same response. The rest of her family had gushed expressively over her meagre gifts, one of her Grannies getting her nails in a little too deep on her arm as she kissed her but Lucy was used to it.

She picked up her final present and crossed the carpet to Great Aunt Mabel’s chair. The old woman looked up, her face impassive but there was a calculating glint in her eye that meant a waspish remark wasn’t too far away.

‘I got this for you Aunt Mabel,’ said Lucy, holding out the pot wrapped with a ribbon with the small plant inside, ‘It’s a Christmas cactus. The flowers are meant to be very pretty.’

Mabel turned the plant round in her hands, flicking the bow with a bony finger before she placed it on the table next to the socks, brandy and chocolates she received every year.

Lucy had turned back to the rest of the family when she heard the croaking voice behind her, her smile unable to be contained as she took in the words.

The rest of the family look equally shocked, Granny Browne sharing a swiftly whispered conversation with Granny Simpson but Lucy just turned and smiled at the old woman.

It was many years later when Lucy turned the key to the old house that had been Great Aunt Mabel’s home. She had been shocked to say the least when her mother had called her to say that Mabel’s Will had been read and that she stood to inherit from it. She had expected maybe a token amount of money or perhaps some jewellery so she had been shocked when the solicitor informed her that she was now the owner of the house.

It was a dusty old pile, in need of much renovation and attention but as a brand new graduate, saddled with a good twenty years’ worth of debt it was more than she could ever have hoped for. She walked through all of the rooms, certain she would need to get in a team of professionals to clear out the old furniture and redecorate. The cabinet was filled with unopened bottles of brandy and the sideboard held box upon box of uneaten chocolates, some older than Lucy herself. In the bedroom a drawer overflowed with socks, their labels still held on with the little fiddly plastic bits. The rest of the house was filled with artefacts from too many years ago, nothing modern within the walls. It was a house abandoned and unloved, unused in a way for so many years.

It was only when she reached the kitchen that she found something she recognised, something she hadn’t noticed in the handful of visits she had made over the last decade or so. There, on the windowsill, sat a plant pot, wrapped in a Christmas ribbon that was frayed from age. The plant inside was an odd purple, rather than the vibrant green it had been years before, the leaves drooping and half dead.

‘I can’t believe she kept you,’ said Lucy softly, grabbing a half clean glass and filling it with water from the clanging tap. ‘You poor old thing, let’s give you a drink hey?’

She didn’t expect it would do much to help, the plant no doubt neglected for years but she couldn’t bear to throw it out even as the rest of the house was emptied and modernised as best she could on a modest budget.

It was November when she noticed a change, the brightening of the sad leaves and the red buds on the end of them. In a few short days it had flowered, as beautiful as it had been twenty years before. The moment she saw the blooms a thought came to mind and she headed out to trawl the charity shops for several hours.

Her first Christmas in her new home was a happy one, the family gathered round, her copying Mum’s swearing as she fought with the dinner, the presents handed out and admired but new traditions began to emerge too. There was one tradition though that she was determined to preserve. In the corner of the room, sat an overstuffed chair, a doily thing on the back next to a table set with a lamp, a coaster and a beautiful Christmas cactus with a glass of sherry next to it in honour of Great Aunt Mabel.