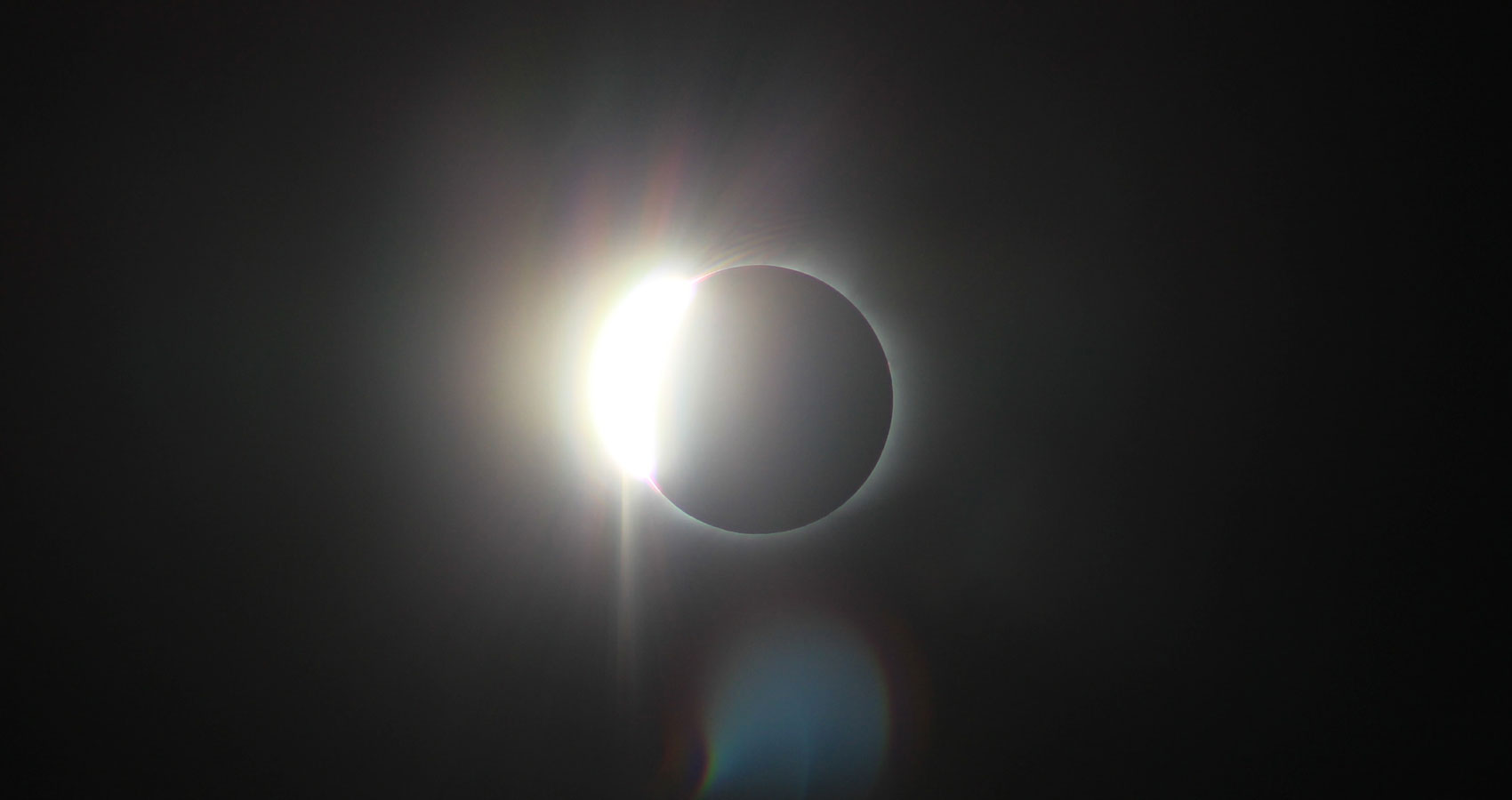 For sure, he was a curious lad,
Hence never believed myth good or bad,
He wanted to debunk all old wives tales,
To find the reason why they still prevail.
So he set out his foot on a day of the eclipse,
When the sun was shadowed by the moon’s reclipse,
He walked a path led by fading sunlight,
In that silence, only ravens cawed, in eerie delight!!
There was a legend of an infamous ancient tree,
That gave birth to dark souls of vicious degree,
One such story was of an ominous dark knight,
That stole human souls under the eclipsed light.
When the obscured event was at its peak,
With anxious heart, he receded his step near a creek,
A stream of fluid flowed which appeared blood red,
The air was filled with the foul stench of the dead.
then he stood facing the giant forbidden tree,
Silvery trunk, long dark pawed branches that stretched perilously free,
The roots of the wood nourished by gooish black magma,
That bubbled, breathed and whispered hymns of some sinister dogma!!
And as the sky turned black and splintery red,
The clawed branches chased the sky as they sped,
They clutched the veiled sun’s fiery ring,
Grabbed the boy high and crowned him the new king.
Possessed by the ritual, his eyes turned pitch black,
He fell on the swampy ground with a huge smack,
And as the crimson leaves fell in unusual precision,
He started to understand by heart all the ancient traditions,
That the tales of old wives were never a false narration.
He was a simple man by the daylight,
But cursed to a demon by the night,
A soul snatcher, a ghoulish Knight,
Spreading terror, darkness and fright…
Once a curious skeptic busting myth of eclipse,
Will serve thirteen dark suns, until his curse will reclipse!!

APRIL 2022 AUTHOR OF THE MONTH at Spillwords.com
I am Vinayak and I go by the poetry name Rain Alchemist. Writing has been my passion from a long time. I am not a genre specific writer, I believe thoughts have endless forms and can be shaped into any genre. I am grateful that I can express my thoughts through my poems and writings. I love reading great work and would be delighted to meet like minded poets and writers.