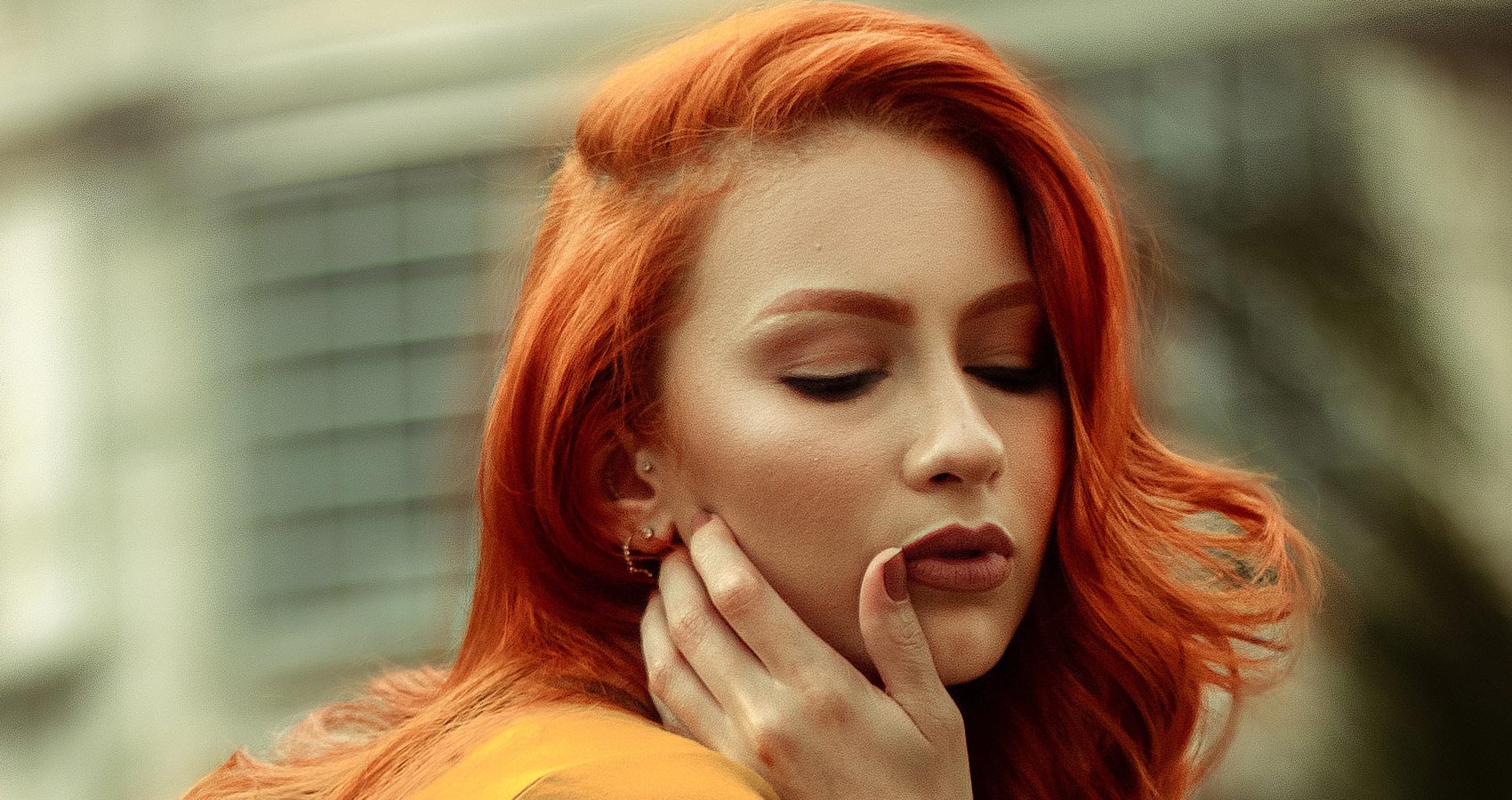 The Girl With The Red Hair

The Girl With The Red Hair

Southerly winds pushed the rain in uneven lines down the broad pane. The door opened, and a chill breeze invaded. Shivers ran down his spine, goosebumps dotted his skin, but he didn’t move. Today, spring seemed a long way away.
Patience was a skill he’d learned slowly. The girl with the blonde hair was his first teacher, their relationship long and tumultuous. He missed her. His mind was flooded by memories, by loneliness, his mood as melancholy as the weather. A long shuddering sigh, as he dragged himself back to the task at hand.
Airports were a microcosm of life lived outside, and a rich field of opportunities. A family triggered his interest, possibilities there. The man stood stoic, briefcase in one hand, suitcase in the other as a woman kissed him goodbye. Grasping her hand was a fretful toddler. Picking up the now screaming child, she walked out into the rain without looking back. She showed no emotion. Indifference would keep her safe. Emotions provided him with power, energy, without them, he had nothing.
A tour group of schoolgirls, young, giggling caught his eye briefly. Then an elderly couple, wearing sensible shoes, walking with a careful gait too absorbed in each other to be interesting.
One group after another was subject to his keen observation, each provided a different form of disappointment.
Hope faded.
Then he saw her.
She walked into the airport lounge, bringing anticipation and cold air with her. Tall, with a cascade of long red hair over her shoulders, windblown and beautiful. Her tapered fingers wiped rain from her face. Graceful, elegant, sinuous and he liked height. A pause as she looked around, her body language showing uncertainty. She was looking for someone too. But she didn’t see him. His heart sank, and he ached with longing.
Then, from across the arrivals hall, the waiting man saw her. He was handsome; this man desire on his face. Love flushed her cheeks pink. Dropping the bag, she ran towards him, leaping into his arms. He held her close, their embrace shutting out the world. Lips met, seeking, urgent. The man put her down, lightly, fingers reaching up to touch her face. Together they collected the discarded luggage. And arm in arm they walked through the terminal doors.
The bustling space was silent now, the crowd watching as intently as he.
He sighed, picked up the note pad and wrote down his observations. She would do very nicely as the heroine for his next novel; the girl with the red hair. He always came to airports seeking inspiration, to watch the characters at play and feed on the emotion.
Yes, she would do nicely.
But the man, no.
In a murder mystery, someone has to die.

I've been writing since childhood. I love short stories, and longer works. My preference is crime with a twist in the tail. My first collection of short stories - 'The Whitworth Mysteries' was published in 2021.