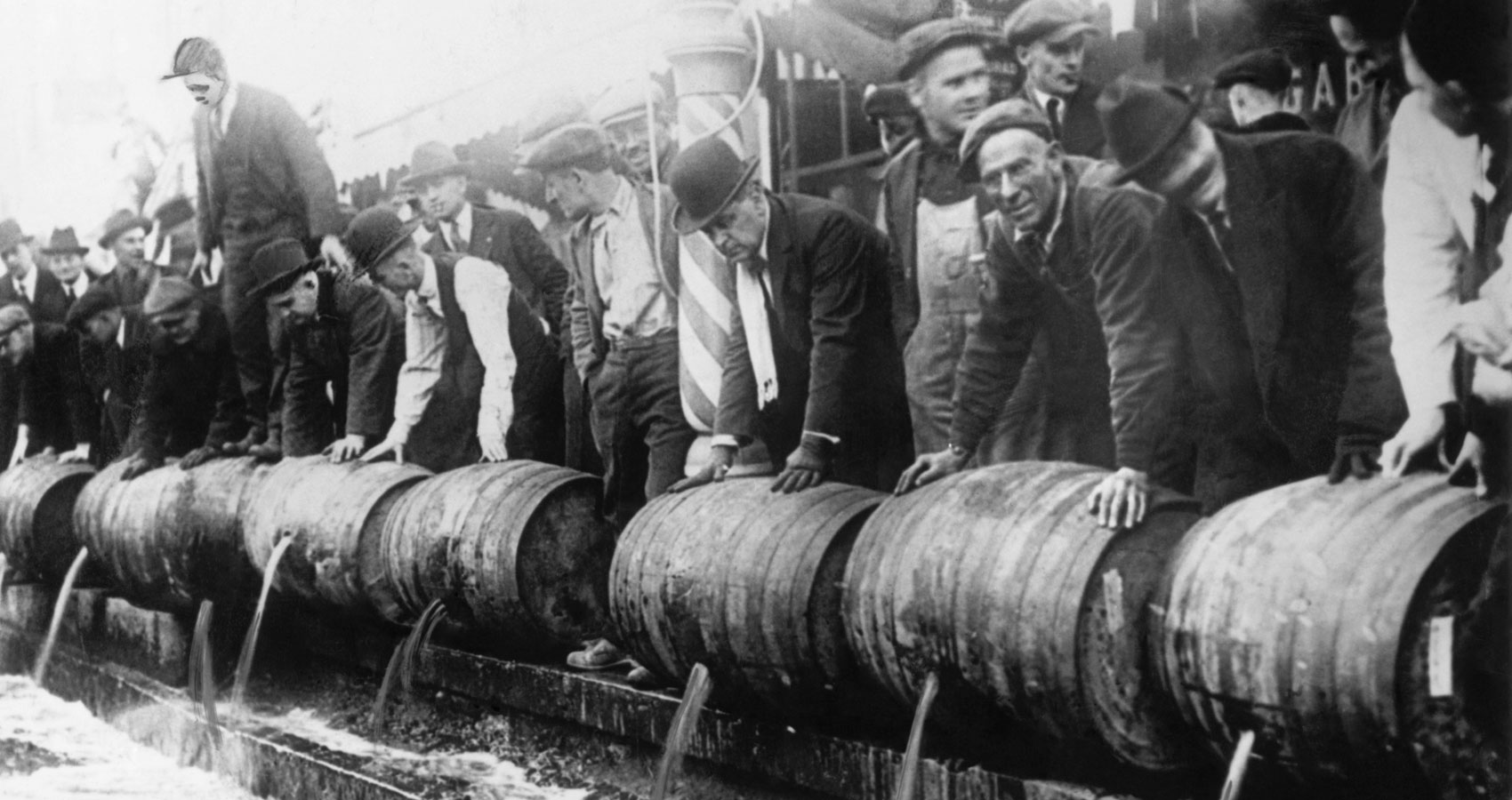 Senator John Morris Sheppard claimed
his Eighteenth Amendment stood as much chance
as being repealed
as a hummingbird would have of flying to Mars
with the Washington Monument tied to its tail.

Today, Prohibition is a footnote, a historical oddity
remembered mainly as misguided folly, a curious detour,
a backdrop for cookie-cutter Hollywood cop vs. gangster films,
and the inspiration for Al Capone T-shirts in souvenir shops
dotted all along Michigan Avenue.

Scorned by scofflaws and future generations alike,
it was once dismissed
as “the stupidest law in the history of the country.”

The Volstead Act that sought to recast society in a brave new mold
today is the name of some random fine dining restaurant
trying to evoke a Great Gatsby-esque speakeasy,
serving up short ribs, kale risotto, and truffle ricotta,
as well as craft beer, fine wines, mead, hard cider,
Moscow Mules, Old Fashioneds, and
any artisan cocktails you could dream up.

Today, Volstead is the type of restaurant concept
that generates buzz for its eclectic menu,
milk-braised pork, shaved brussel sprouts,
and general culinary creativity,
at least for a few months
before it fades from the scene,
before it dries up like an empty pint glass
kissed with the faint stain of suds around the rim.

Inspired by a Ken Burns’s documentary, this poem uses the example of Prohibition to explore the ideas of ephemerality and recency bias.