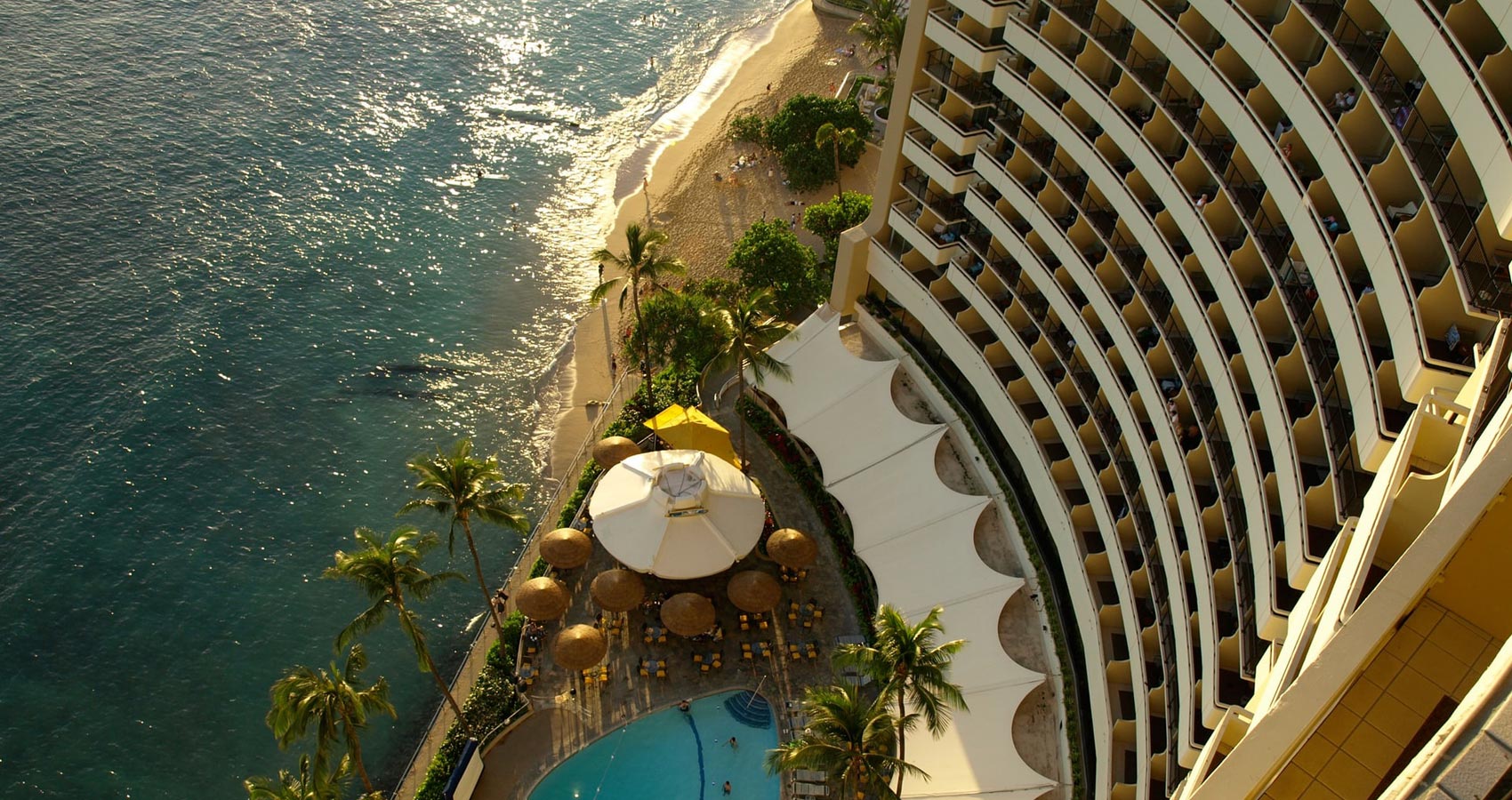 written by: A. Goddard

Panic rolled through me as I sprinted the stairs. I couldn’t find him. My three-year-old son had wandered off while I was helping his little sister rinse off her feet. We’d only been at the beach for three days without his father. The multilevel resort felt like a good idea at the time, but now I was cursing myself for picking it. I should have rented a house. One step. Two steps. I wasn’t moving fast enough.

Bile rose to the back of my throat as I pushed up the stairs. He couldn’t have gone far. He’d been right there. Talking to me. Telling me how much fun he’d had at the beach. He had to be here. He had to.

I shoved the door open to the second floor in time to hear the elevator ding. The metal door slid open to reveal the yellow florescent light inside as a teenager walked out. Headphones cut him off to the screaming coming from a child. Time seemed to slow as the sound of the scream registered in my brain. My son was in the elevator. My son was screaming.

I bolted for him, my hand barely making it in the gap between the closing doors. Cool metal pinched my palm before it reopened. My terrified three-year-old was clutched to the chest of a man I didn’t know. The ice white of his hair made the wet molten red hue of his face look distorted in the light. Baby blue eyes, contorted with pain and fear, called to me.

“Mommy,” tears poured from his eyes in globs. “Help me, Mommy.”

The man’s sandy blond hair, muted gray eyes, and chiseled jaw made him look like he could be his father. A bystander would have assumed he was dealing with a difficult toddler. But he wasn’t. He was taking him from me.

The man scowled, tightening his grip. My son cried out in agony. He was hurting him. That son of a bitch was hurting my baby.

A growl rumbled from deep in my chest. “Put him down.”

My heart thundered as the furry set in. This man had the audacity to think he could take my son from me. To take the human I made. To hurt my baby. That same man was going up in the elevator. There were only rooms after the first floor. He was taking my son to a room.

“Don’t make this any harder than it already is,” he said. “He’s coming with me. If you want to keep your daughter safe, then I recommend you leave.”

Something in me snapped, sending a violent rush of power through my body. I screeched as I ran at him, fully aware my son was between us. My baby. I took a swing as the doors closed behind us. It was enough of a surprise that my right hook connected with his nose. He dropped my son. I instinctively looked down when I heard the thump and instant cry. My baby. I reached for him as something slammed into my stomach.

“Mommy!” I could hear the terror and tears in his voice.

I gasped, trying to regain my composure as I scooted back and pinned my son against the wall. Rage oozed from the man in front of me as blood dripped from his nose. I could feel my son’s heart fluttering erratically against my back as little fists gripped my shirt.

Blood dotted the floor in a trail as he moved toward me. I slammed my heel into his kneecap, forcing it to bend the wrong direction. He collapsed with a deafening roar.

I quickly whispered to my son, “Monkey, I need you to do something for Mommy.”

He was sobbing behind me. Tears rolled down my back from where his face was mashed into my hair.

“Monkey, I know Mommy told you to never push the red button with the bell, but I need you to push it. Okay? Push the button.”

I knew I was asking a lot of my terrified toddler. He was so scared he couldn’t move, but I couldn’t do it. I couldn’t look away from the man clutching his knee on the ground in front of me. I wouldn’t let him touch my son again.

We were still ascending, nearing the top floor. No one had tried to get on. I needed help. I didn’t know if someone would be at the doors when we they opened, but I knew I would die trying to protect my son. Two floors to go.

A hand grabbed my ankle and yanked me away. My son screamed as my shirt was ripped from his clutches. I threw my arms and legs in every direction, occasionally connecting with the man’s body. A massive hand grabbed my face and shoved my head into the elevator floor with a loud thud. I sunk my teeth into the meaty part of his hand. The taste of metal danced on my tongue. He leapt back, cradling his wound. Blood slithered around his fingers and down his arm.

The door opened, and I scrambled to my feet. I grabbed my terrified toddler’s arm and yanked. I hauled him into my arms and sprinted down the hall screaming for help. Doors and walls raced by on my left and a railing with a parking lot eight floors below on my right. The open railing overlooking town had been a selling point. It was supposed to make it airy and inviting. Now it looked like an eight story fall to my death. Someone had to be able to hear us. Where was everyone?

Heavy footsteps echoed behind me. I focused on the wall closing in fast. I’d gone the wrong way. Dead end. I spun, throwing my son behind me. His little body moved like a rag doll as it slid down my back. I let go of his arm when it felt like his feet had touched the ground. His little fingernails dug into my skin as he clung to my leg. I focused on the man in front of me. The man with crazed eyes.

“You can’t have him.” My words came out shaky.

I was losing my vibrato. I needed a second wind of adrenaline. I needed to make it out of this for both of us. His sister was safe with her grandfather, but we weren’t. No one had come to help, and I was starting to think no one would. He stepped closer and my son gripped me tighter. I glanced to my left, the salty air giving me a false sense of relief. I peeled my son’s hands from me as he pleaded for me to stop.

My heart ached at his plea. I wanted to hold him and tell him everything would be ok. I wanted to rock him until he stopped crying. Tears pricked my eyes and my nose started to burn.

A new burst of adrenaline pulsed through me as I listened to my son cry out for me. “I will never, ever let him go.”
He lunged for me as I shoved my son backward. The man slammed the side of my face into the wall, putting his back to the railing. I winced as the tiny rocks sliced my temple and scalp. I grabbed either side of his head, my thumbs right below his ears, and squeezed.

“You bitch,” he snapped before shoving himself backward.

I watched him bump into the railing as he rubbed at the sensitive area I’d just tweaked. I took the opening and ran at him, screaming. I pushed every ounce of fear, anger, and pain into the movement. My shoulder collided with him as his hands desperately grabbed for me on his way over the railing. He snagged a fist full of shirt in an effort to save himself. The square metal bit into my chest as his weight tried to pull me over. I gripped the searing stainless steel as I attempted to hold myself in place. He was going to drag me to an eight story fall to my death. I wasn’t ok with that. He wasn’t taking me from my son. My already traumatized son.

“Argh,” I said through clenched teeth.

Wide terrified eyes stared back as my muscles started to burn. I squeezed my eyes shut to the pain of my body being scraped over the railing as my shirt ripped against the back of my neck. Then it stopped. My hands shook violently against the metal before my legs gave out and I slumped to the ground. I didn’t look to see the body splayed across the asphalt as I crawled to my son. He was curled in a tiny ball sobbing, shaking, and repeatedly saying no. My baby boy. The boy I’d sworn to love and protect.

This story is based off a situation I personally experienced. It did not go this way exactly, which is why it is fiction. This version is based off a dream I had the night after the incident.

A. Goddard is a published children's book author that has also had a few other pieces published. Her works are wide-ranged, much like most art types she enjoys. A. Goddard is the wife of a railroader and mother of children, dogs, and chickens. Her life is full of oddities, which is reflected in her work.

Latest posts by A. Goddard (see all)