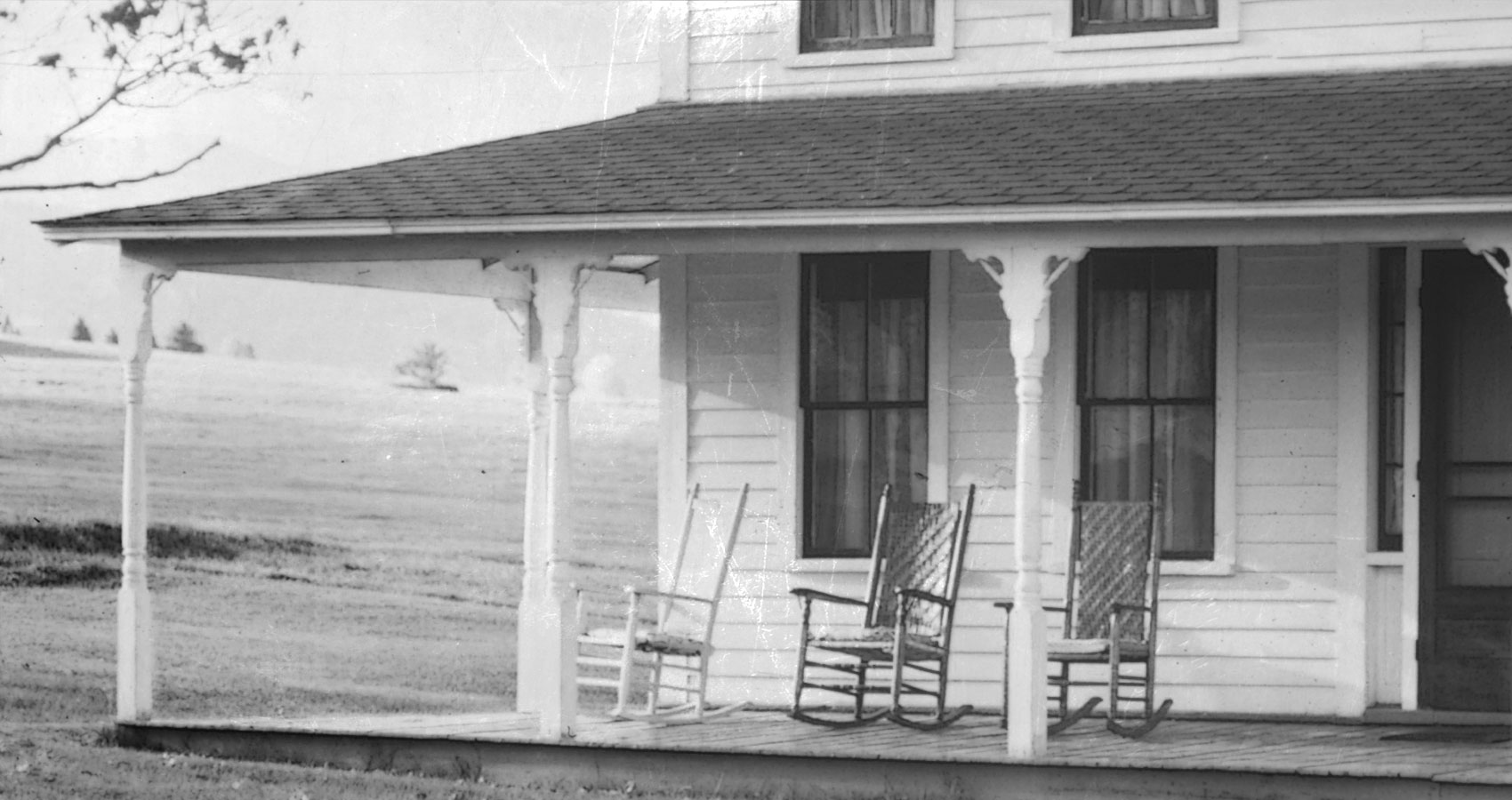 Frank stood on the wide-sweeping porch of an old wooden ranch house. He rapped on the door. No answer. He knocked again — still, no response. Stepping to a window with its blind raised, he peeked inside.

A living room by the looks of it, dark, and quiet. He turned away.

Hands in the pockets of his jeans, Frank trotted down a small flight of stairs onto a patch of grass. A gravel path in front of him, he picked up a stone and tossed it across the yard.

From the shadows of a shed, a black Cocker Spaniel appeared. It ran towards him and grabbed Frank’s pant leg with its teeth. Growled, pulled, and tugged.

He flung his arms in the air, hopping on a foot, kicked the animal with the other. The dog wouldn’t let go. The harder Frank kicked, the more it pulled.

“Come, Screwball,” a woman shouted, and rushed out the door onto the porch, “SCREWBALL! Come. Let go of that man!” she yelled.

Frank tried not to fall as she ran, barefoot, down the steps. Racing to the side of the house, she turned on the spigot and squirted Screwball with the hose. Water drenched the dog and Frank’s leg. Screwball yelped and dashed away.

“Thanks. Thought I was a goner.” Frank checked his pants for tears.

“I’m sorry,” the woman said. “I don’t know what got into him, he’s usually friendly toward strangers.” As if realizing she wore nothing but a bathrobe she reached up and tightened the neckline.

“I knocked. I guess you didn’t hear me.”

“I… I’m Frank Souza, heard you’re looking for a milker.”

Frank gave a half-smile. I wonder how old she is. Maybe twenty-two?

Following Jenny through the living room, Frank noticed a beautiful burgundy velvet sofa with thick cushions. On a mahogany coffee table with a glass top, colorful puzzle pieces were scattered around a half-finished jigsaw.

They made their way into the kitchen, where a gold-colored flypaper strip hung from the ceiling. A tan linoleum, with a confetti pattern, mopped clean. Next to an exterior wall, a table with a chair on either side of it.

Frank pulled out a chair.

“Black.” Frank took a toothpick out of the pocket of his blue plaid shirt and chewed on the tip as he watched Jenny pouring Hills Brothers from an aluminum pot.

Jenny brought the cup to the table and handed it to Frank.

“Thanks. Just what I needed.”

“Hope it’s okay. If you’ll excuse me, I’ve got to get dressed before Jack walks in and catches me like this. He’ll raise hell for sure — me, in nothing but a robe, standing here serving a young, good-looking fellow coffee. Can you imagine what he’ll think?” A sly smile crept across her face.

Frank thought, what a dame.

Jenny slowly swayed into an adjoining room, leaving the door cracked open for her to peek out or, maybe for Frank to peep in.

Picking up his coffee, Frank looked out a window above the table. His gaze followed a few Guernseys roaming in a whitewashed corral.

Jack came into the house through the back porch and took off his rubber boots, but didn’t remove his heavy grey socks. He wiped his hands on bibbed overhauls. At sixty-two, arthritis already bent him over, he shuffled into the kitchen and paused when he saw Frank sitting at the table. Jack scowled, “Who in the hell are you?”

“Frank Souza. Jenny invited me to wait for you.”

“Getting dressed?” Jack yelled, “Jenny. Get out here.”

Jenny strutted into the kitchen wearing a two-piece red and white checked playsuit that, displaying her legs, left nothing to the imagination. Not knock-knee, but straight as an arrow, golden brown, and beautiful.

“What’s all the ruckus about?” She planted a kiss on Jack’s cheek. “Frank’s here about the milking job. Your crazy dog attacked him, and I squirted him with a hose. Frank got wet in the process, so I asked him to come in.”

“Humph. I see.” Jack rubbed his unshaven chin. He went to the cupboard and took out a cup, poured some coffee, and sat across the table from Frank.

Jenny sauntered over and plopped onto Jack’s lap. She stroked his balding head and spoke softly, “I need some money to buy jasmine perfume.” Gazing at Frank, she asked, “You like nice smelling ladies, don’t you?”

Frank looked to the side. He rubbed his neck, what kind of a Honey is this?

Jack took a pack of Chesterfields out the pocket of his overalls, pulled out a cigarette, and lit up.

“Hire the milker.” Jenny pulled it from Jack’s mouth and took a drag. “That last guy was a jerk.”

“Okay, that’s enough fooling around.” He took the cigarette back and shoved Jenny off his lap. “Get me some whiskey. I need a shot for my coffee. Frank’s too.”

Jack gave Frank a curious look. “Let me see your hands,” he demanded.

“What for?” Frank replied.

“Hold ’em out. I need to make sure you don’t have any cuts. Cows can get virus’ in their teats.”

“Yeah. Well, I don’t have any sores.” He held out his hands.

“I pay once a month. You work seven days a week. Milk thirty cows. No machines. Milk goes into a can. If that’s okay, you can start tomorrow.”

Jenny leaned against the edge of the kitchen sink biting on a hangnail while she scrutinized Frank.

Frank straightened up in his chair. He knew he had the job. “What time do I start?”

“Counting on it.” Jack glanced at Jenny and said. “Aren’t we? You like hard workers, don’t you?” He laughed and picked up his coffee.

Changing the subject, Jack said, “I noticed a ’32 Chevy coupe in the drive. That yours?”

“Does your wife drive?”

“Not unless she drives around heaven.”

What an odd thing to say when she’s standing right here, Frank thought.

“Jenny. Go into the living room. Get the picture of mama. Show Frankie how beautiful she was?”
“Okay, daddy.” Looking over her shoulder, smiling at Frank, she strolled out of the kitchen.