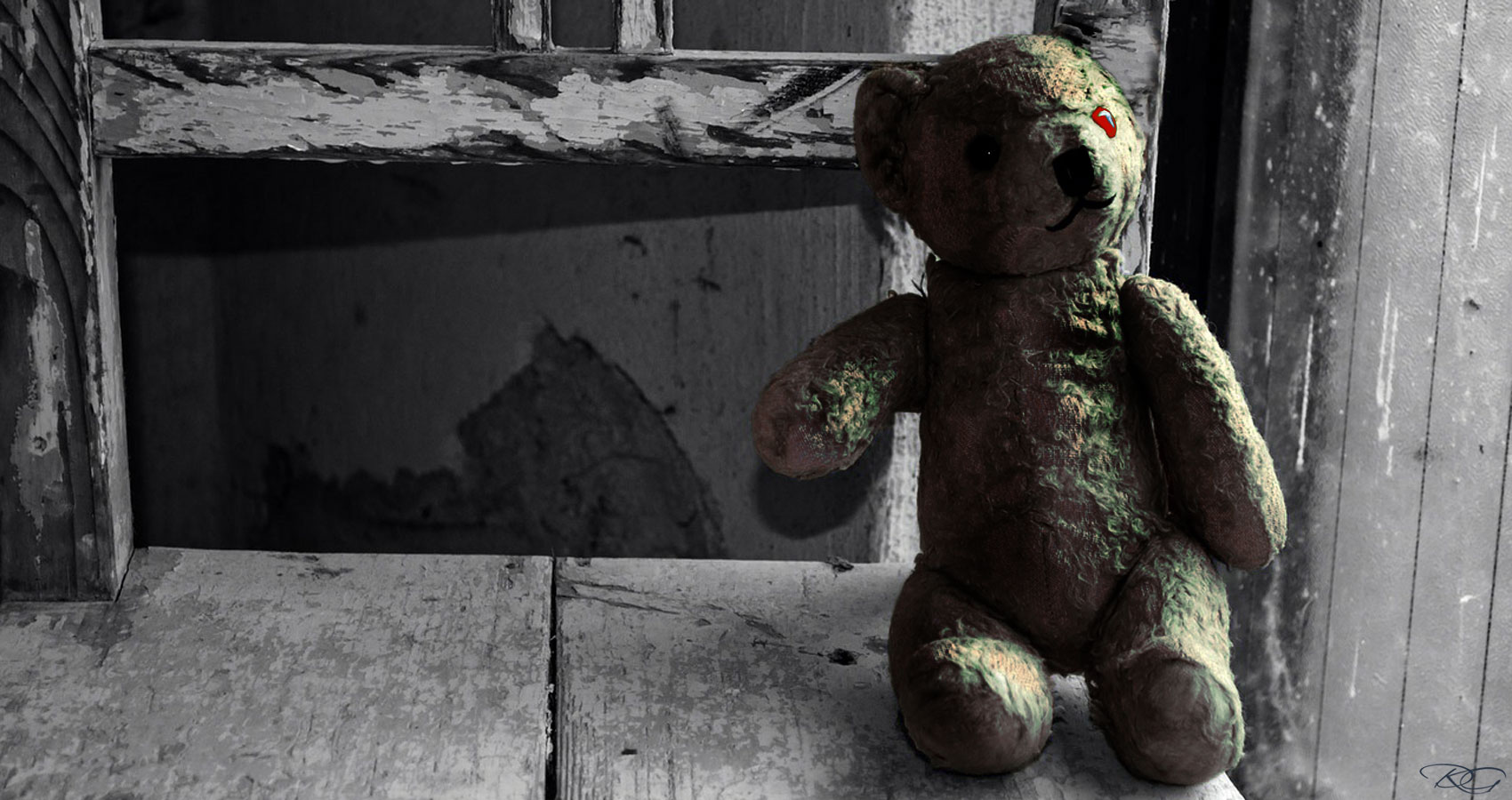 “Okay, so the car doors are open ready, the gate is open. When you start the world again, I stand here at the back door and call Mummy, then we run to the car and I tell her to go to Grandma and Grandpa’s house, right?”
Correct. Let me know when you are ready.
Jenny rubbed her hands on her trousers and looked into Ambrosius Grey’s strange eyes.
“I’m ready.”
The little bear nodded.
Instantly, Jenny’s father screamed out in pain.
“Mummy! This way!”
Bewildered, her mother stumbled out of the back door after Jenny, as her father came crashing down on the kitchen floor.
“Mummy, come on… quickly!”
They ran to the car and Jenny climbed into her child-seat and strapped herself in.
“Let’s go to Grandma and Grandpa’s, Mummy. We’ll be safe there.”
Her mother frowned at Jenny as she noticed the bags on the back seat, and the keys on her seat, but said nothing. She sat down and started the car.
“YOU GET BACK HERE NOW!” screamed Jenny’s father as he hurtled through the back door after them.
“Mummy, Daddy’s coming!”
Her mother fumbled with the gears and stalled the car.
Ambrosius Grey stood by the gate and nodded at Jenny as she watched from the car window.
A deafening clap of thunder shook the ground as a bolt of lightning hit the great oak tree at the bottom of the garden.
Jenny’s father fell to the ground stunned. He stared up at the oak tree as its branches and leaves burned, his ears ringing from the blast.
Her mother started the car again and pulled out of the driveway.
Jenny watched as her father cowered on the ground as the burning oak tree started to fall towards the house.
As they drove down the street away from the house, Jenny turned to look out of the back window. She could just make out a little glowing red eye on a small figure by the driveway entrance. She waved.
Ambrosius Grey waved back, then disappeared.

Rich Rurshell is a short story writer from Suffolk, England. Horror, Sci-fi, and Fantasy stories make up a majority of his work.
Most recently “Life Choices” appeared in Stormy Island Publishing’s Salty Tales, and “Subject Galilee” appeared in World War Four by Zombie Pirate Publishing.
When not writing stories, Rich is a musician and writes music instead.