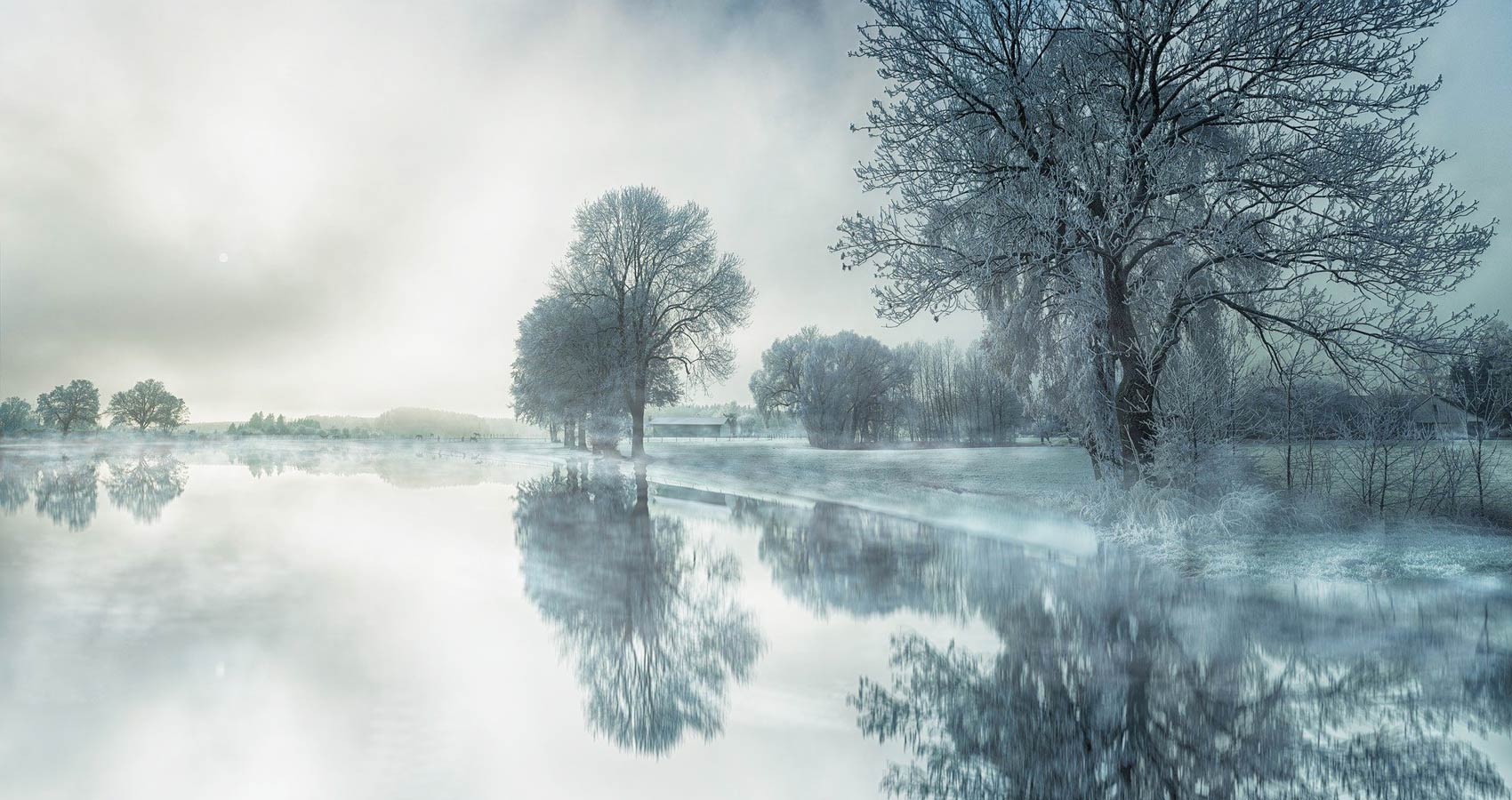 Crackles of ice, like bubble-wrap
Popping for a clean break.
Late Gnats squabble like kids in a playground,
Freezing to death, zooming to a midget coffin.
A Grass Snake lies as a discarded shoelace,
Tongue iced, a monochrome slither,
Cellophane glaze over open eyes.
Spines of Hawthorn salute the season’s picking,
Berries crystalized to a diluted pink.
Oak resists, trunk shows the strength of a Buffalo,
Poking arms weep, battered by snowy whips.
An Elm shields sleeping Narcissi
As a hush trespasses the Silver Season.

A wet dawn inks the chilled pellets of sleet
A chanting Collared Dove churns the essence of time,
Cooing her seconds away.
Like the hands of a Grandfather clock
Verdant Ivy ticks round an unsuspecting Conifer.
Tiger’s Eye moonlight drizzle-dances echoes from the past.
The Snowman’s coat shines
With the dazzle of a hundred new sixpences.
He gazes at a Robin, drained of his crimson.
Leadened on a growing pillar of snow,
White petals float over her frail frame.

Receding choruses of sepia, chestnut-bronze,
Autumn’s memory strives to live on in Winter’s illusion.
In no hurry to brag their crayoned blooms
Christmas Roses are heard,
Simmering their pink, fluorescent flush.
In this Season of Silver …
The Sun will cherish gold once again
As clouds swirl their marriage dresses.

JULY 2017 AUTHOR OF THE MONTH at Spillwords.com
Love writing poetry in all styles, stories and working on a novel. Subjects range widely... about life in this world and the next, the beauty of the natural world and the grip of human emotions. First volume of poems self-published on Amazon kindle. 'LadyLily's Poems, Book 1, Wonders of Nature, Life Slices, Life After Life & Netherworlds.

Latest posts by LadyLily (see all)