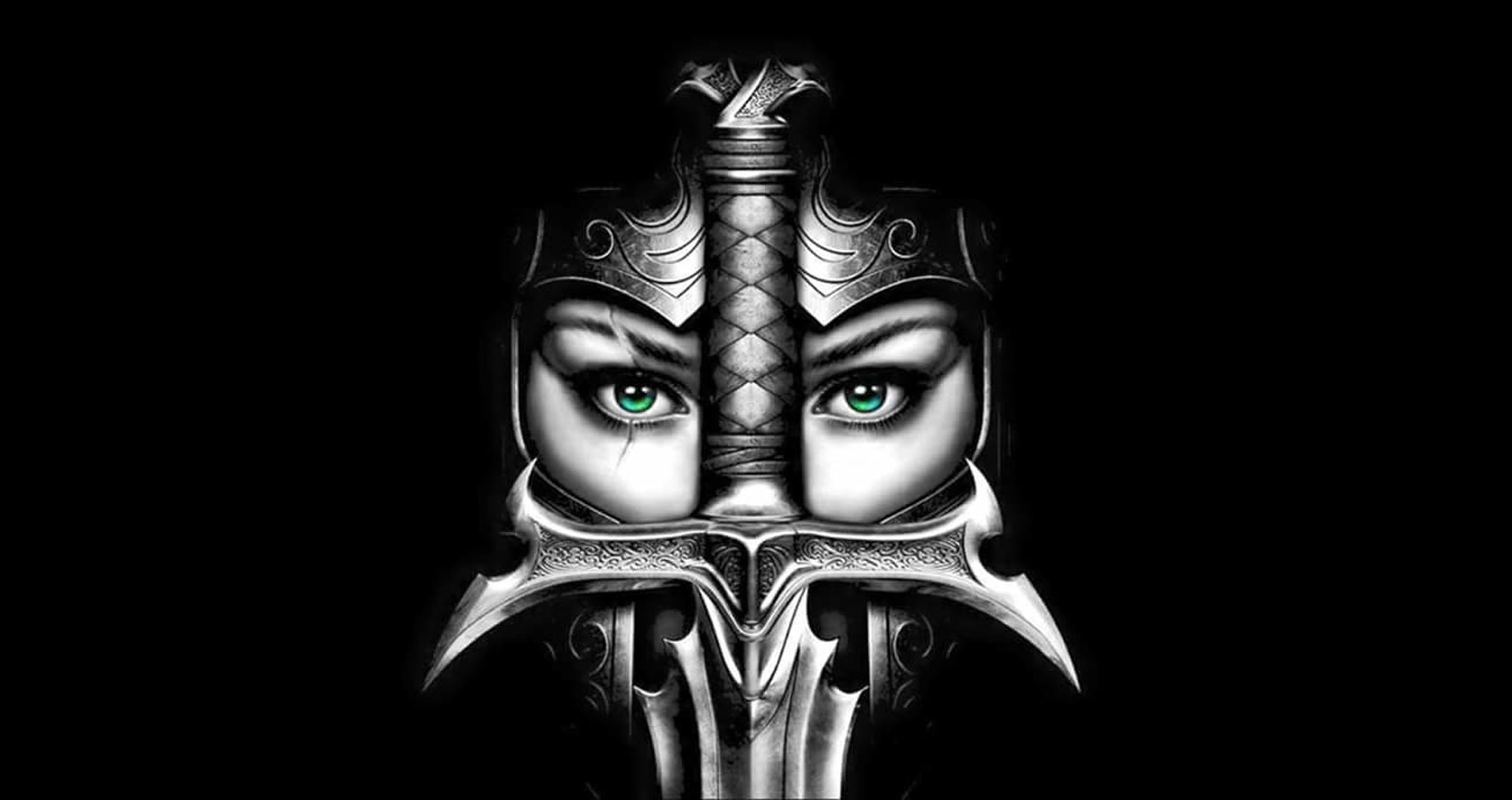 The Warrior of Orphelia

The Warrior of Orphelia

My eyes scanned the crowd. The smell of iron filled the air - the smell of freshly spilled blood. I could taste it in my mouth, almost making me choke. Too many innocent people had died, and I wanted to finally end this massacre. Their dead bodies covered the hot sand around me. Their blank faces looked like scary puppets. Soldiers in leather armor and iron plates had come to their country's defense - Orphelia.

It was a cruel land, filled with venom, pain, and sorrow. Helmets covered the soldiers' boney faces, revealing only their eyes and the firm set of their lips. They all displayed the emblem of their king - an eagle with golden feathers woven out of red ruby fibers beneath His Majesty's initials. They fought with deadly precision, killing one Mortha after another.

Mortha.
Dull creatures thirsting for blood and the sweetness of death. Their eyes were like glistening blood pools, obscured under dark helmets. They fought under the dark mark of their lord. He was a cruel man, craving vengeance and retaliation. In the gloomy parts of the country, he had created an army of lowborn subjects that, upon his command, haunted Orphelia and took the lives of those who dared to resist him.

Many years ago, four kings put a stop to him, but he'd returned – stronger than he had ever been before. Brave warriors were once again called into battle, to protect their families and country...even if that meant sacrificing their lives. Mortha were soulless creatures with pale, grey skin covered with scars. Their Lord beat and tortured them until they became weak-willed and followed his very command.

I smiled. How pathetic. I wielded my sword, still looking for him – the one I loved.

Suddenly the earth trembled. When I turned around I saw from a distance soldiers and Mortha alike spinning through the air. I knew what it was— a Morth'isz. One of the bigger creatures from the Dark Lord's torture chambers. I could see its black eyes. Two meters tall and muscular. It clenched its big claws and made its way through the masses. It was only a couple of meters away, now. My mind was blank. Three meters. I waited. Two meters. It was now or never. I screamed and ran towards the creature, holding my sword. It tried to hit me with its fist, but I dropped to my knees and slipped through its legs. Holding onto the loose ground, I slid to a halt. I ran backwards and rammed my blade into its back. It yelled and tried to grab me but I pressed the sword deeper into its flesh. The Morth'isz let out a grunt and broke to the ground. Warriors said women couldn’t fight against these creatures, but I showed them.

I could make out small rips in the dark cover of clouds above the Khalla Mountains through which the faint red light of the blood moon fell. It covered the battlefield in a red haze as if it hadn’t been bloody enough already. In the distance I saw more of the Morth’isz, these ugly creatures, coming near us and so I put two fingers in my mouth and whistled as loudly as I could. The soldiers in the first ranks put their shields above their head for cover. Shortly after I heard a dark roaring from the sky above me. Fire rain swept over the front of the battlefield, seemingly out of nowhere, and dragged our enemies into death. Roaring, again, and my dragon spat fire to the latter ranks.

He was the most beautiful creature I’ve ever seen. He was bigger than any other dragons, his body covered in shining black scales that functioned as armor. From the tip of his tail to his head he showed off thousands of spiked thorns, the light of the blood moon catching in its razor-like tips. His leathery wings were of immense width and ripped at some points, yet he slid majestic and agile through the air. His narrow eyes stood out like orange imperial topazes, his pupils black and slit and never-resting.

While he was flying over us I once again scanned the battlefield and saw something in the distance. It was the one I was looking for. He was a tall man, his body muscular yet lean. His black long-ish hair played loosely around his shoulders. Icy blue eyes stood out of his clear-cut face. He wore a red breast plate under which a chain mail was visible. Brown fingerless gloves covered his hands. He wore dark pants made of leather, and light leather boots.

I smiled. Then I noticed another silhouette, dressed in black. I knew who this was! He seemed taller than the Mortha and of muscular stature. His hair was short and snow-white. His face was covered in scars and nobody knew where they were from. He wore a black shirt that was laced underneath his collar bones. Above it a stark shiny black coat fell down along his body; his crest was fixated on the back. It was done in the usual form, the background in chequer patterns. In the middle of it was a bleeding red heart, which was embraced by a snake with red eyes and black slitted pupils. Underneath the snake was a lettering in a long-forgotten tongue. Tenebrae et mors regnant. Reign of darkness and death. He wore black leather boots into which he pushed his black pants. On top of his black spear sat a snake, baring its sharp fangs.
I ran, not thinking. I yelled his name, but he didn’t hear me. I called his name once more, and this time he heard me. He shouted, “Go away!” but I couldn't.
I loved him, my King. He wasn’t paying attention, and within seconds, the Dark Lord pierced him with his lance. He spat blood and dropped his sword. His hands felt the wound on his chest and he turned to look at me, falling silent.

The Dark Lord laughed. I couldn't hear anything else but the sound of his cruel laughter. He pushed back his lance, and my King dropped to the ground.
The corners of the Dark Lords mouth twitched into a scary smile. His right hand rose, the palm of his hand pointing directly at me.

I knew what he'd do next.

I guess two quotes of my favorite author describes me the most: 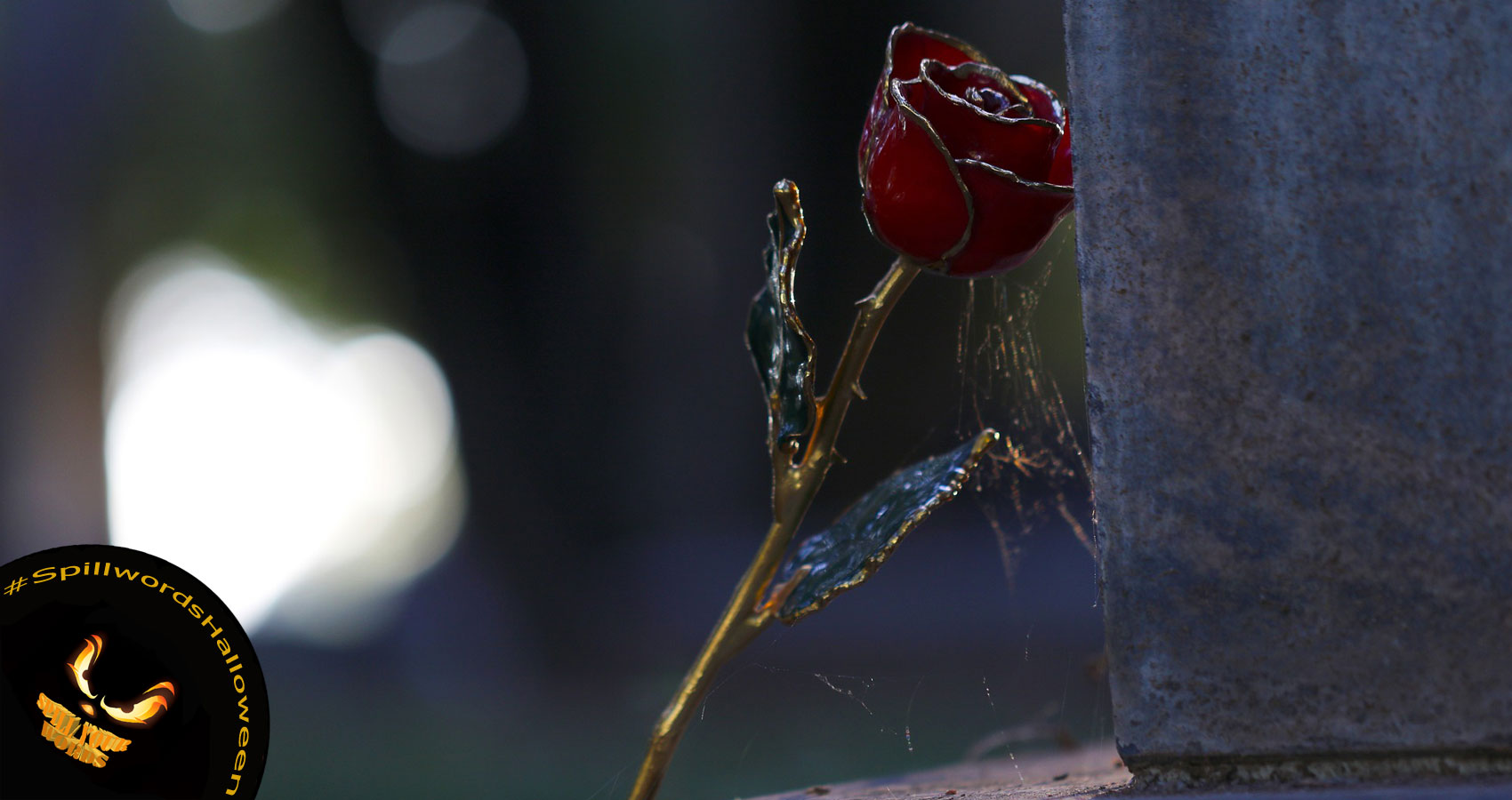 The Girl of His Dreams

Piece of My Heart

Poet's Manifesto written by: Maja S. Todorovic @businessinrhyme   I am the poet. You are the poet. Poetry is everywhere: in...