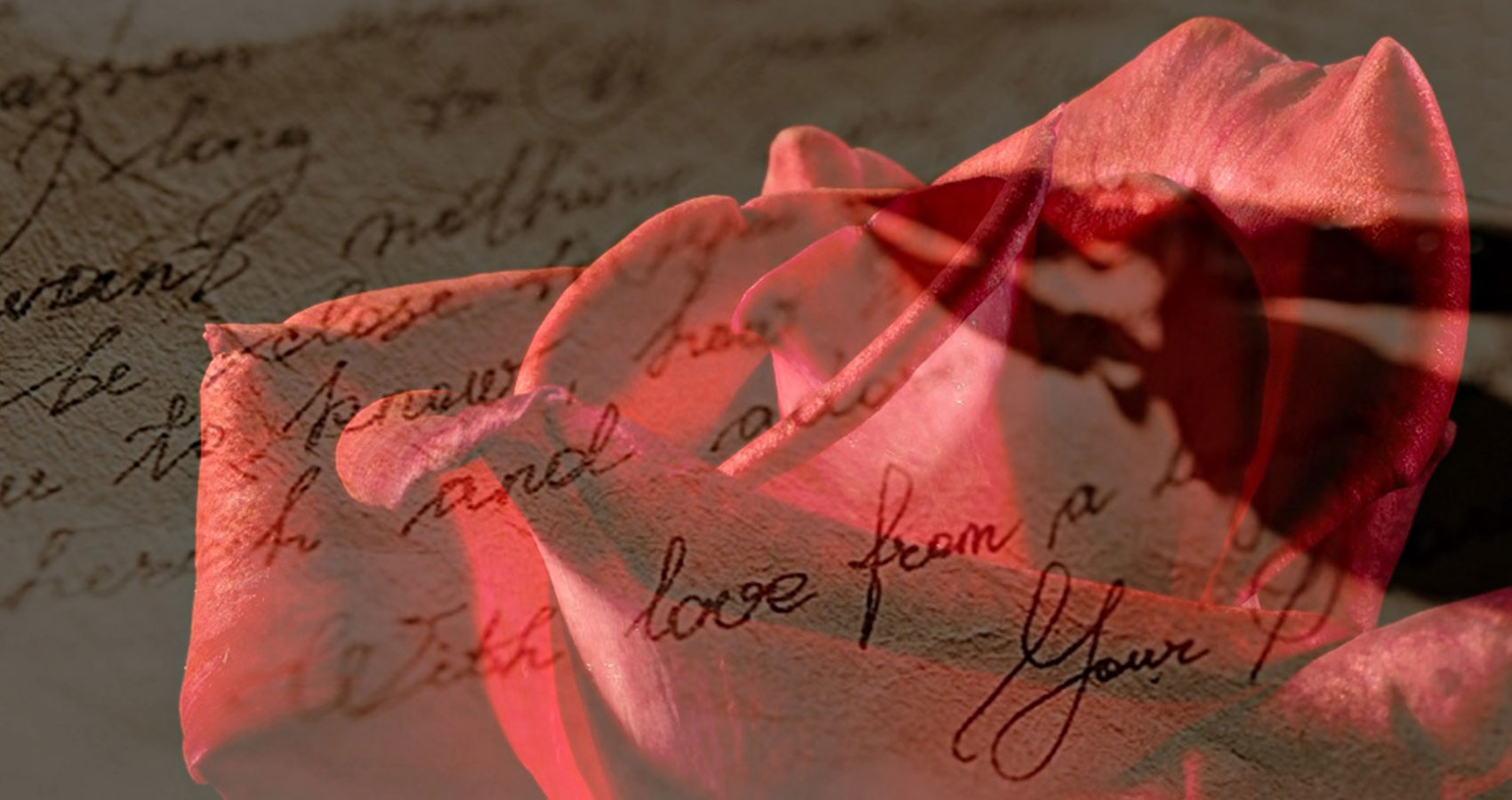 In the small hours of
February Fourteenth
as I was choking
in the tears of Asterius
which had welled up to the
brim of her very wet eyes
and the signed letter with
the blurred postscript -Your Valentine
that she received
before her love was sent
to the gallows
flew away with a gust of
the cruel wind
the winged Cupid stuck
to shake me up from my reverie
to find the hollow on the pillow
next to mine.

I could hear the tinkles of porcelain
from the kitchen
followed by a gurgling sound
and I knew instantly that
she must be pouring the hot decoction
into my cup
to keep my tea ready before
my morning routine
out of years of old habit.
As I go the balcony
to pluck a crimson rose from the flower pot
that she so religiously tends
and tiptoe to the kitchen
with the flower hidden behind my back
and with mischief in my eyes
as I put my arms around her
she’s startled and throws at me a
quizzical look that says it all
and all my romance
vanishes like the unsuspecting
air from a pricked balloon.

As I sip my tea
my mind on over drive
I think how else I could do justice to the day
and celebrate romantic love
and as I traverse the corridors
of my memory lane
I recall my brief office romance
few decades ago
with my female colleague not so coy
who treated me more like
an overgrown lolly pop loving school boy
and then one day
she introduced me to her fiancé
a six feet two inches hulk
who she got married the next day.
Then I saw the bouncing bombshell
in the joggers park
crossing my track every other day
giving me a coquettish look as she passed
and much against my middle class values
my wayward glances hobbled
in unison with the bumps
though clandestinely
leaving me with pangs of guilt everyday
but the next day the story repeated.
Then I remember the last poetry fest
that I was invited to
and where I read my love poems
to a receptive audience
and how those beautiful ladies
met me in the break
and posed with me for selfies.

To Whomsoever it may Concern