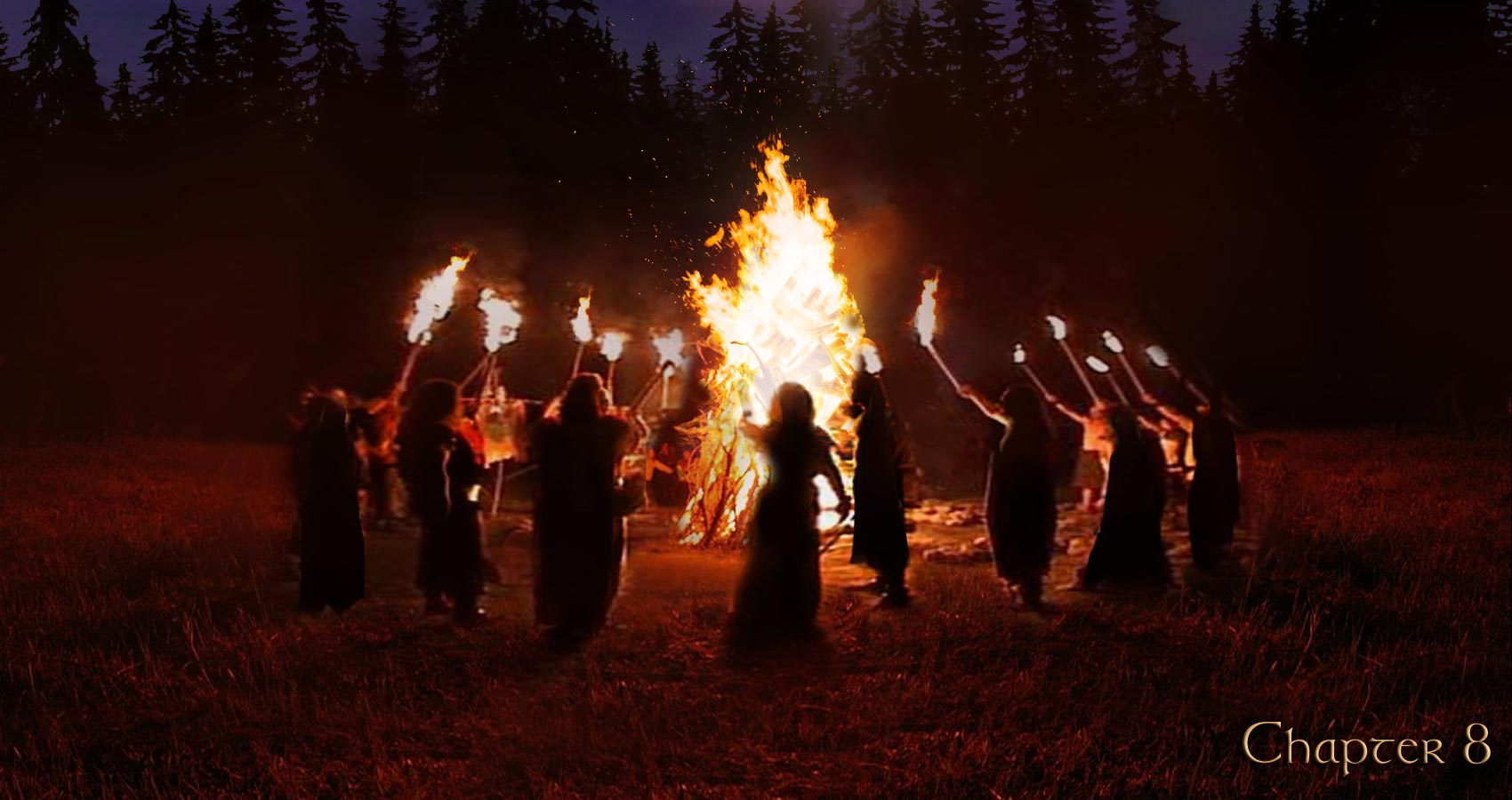 On the following morning, Garux went to the woods as usual. He managed to kill two hares, although he kept thinking about the eclipse night and hardly focused on the hunt.
At times, he felt as though that night had never happened. The gory moonlight and the eyes shining by the creek had the attributes of a nightmare, as did the lifelike gleam in Rawena’s pupils. As he walked through the northern woods, clenching a spear in one hand and the dead hares in the other, Garux wondered whether she had really died. Then a rustle jolted him from his reverie.
He halted and listened. The breeze brought the sound of voices, and the words weren’t Gaulish.
Garux crept toward the sound and saw two men. They wore beige, sleeveless tunics, just like the men who had ambushed him and Arvasia. So the Marcomanni hadn’t left his tribe’s territory. That’s what everyone had feared.
The two men walked in line, carrying a spear on their shoulders like pallbearers. A dead roe deer hung between them, its legs tied to the spear, its head swinging through the high grass. The men chatted in their strange, guttural language and paid no attention to their surroundings. Garux guessed they were returning to their encampment. And he decided to follow them.
They were so loud he could keep well behind them and follow their voices. As he crept through ferns and underbrush, hiding behind trees whenever he thought they had halted, Garux wondered about their commander’s intentions. Was he going to attack and besiege the town?
Garux’s bowels turned watery when he remembered the soldier lying on top of Arvasia. In case of invasion, something like that could happen again. And again.
The voices led Garux deep into the northern woods. He realized they were approaching the hill where the tribe’s grandfathers had quarried stone for the town’s houses and fortifications, and where Rawena and Arvasia used to mine opals and amber.
A little later, he smelled smoke. The quarry hill rose on the horizon. It resembled a pockmarked face, with pits and holes showing under a stubble of grass. Garux could only see its upper part over the trees, but the smoke could only mean the Marcomanni had encamped in the clearing under the hill. He rushed home to tell his tribe about his discovery.