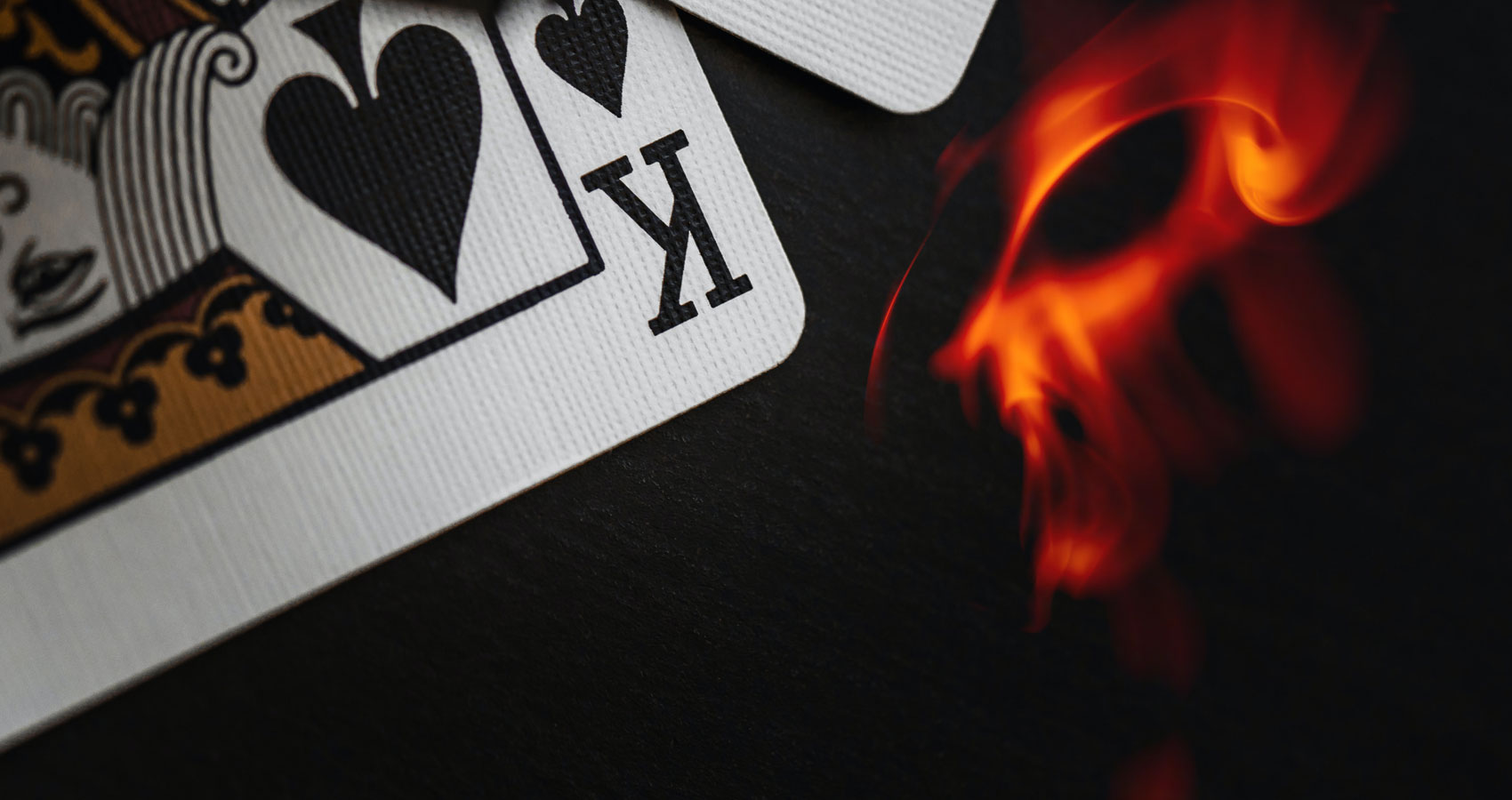 Get thee behind me, Satan!
Shall we engage in an old-style bear tussle?
Or arm wrestling?
Perhaps a throw of dice?
Though you seem to me more a poker-player
Holding the Dead Man’s Hand
With an ace up your sleeve

All games of skill and chance
Little if any intellect
More brawn than brain
Won by exertion, effort
A dash of courage
A smidgen of faith
And fate

Can I depend on you, Satan
To at least play the game fair?
Or is that an additional gamble?
The possibility that you’re a cheat
Being the only sure thing on the table?
And thus my proffered ante
To pony up for the kitty?

Stare me down
Call the game
Deal the cards
Raise the stakes
Two cards; dealer takes three
Pistols at ten paces
Rapiers at dawn
Seconds to the ready
As the games commence

When the play is done
And I’ve cashed in my chips
Will you accost me in the thoroughfare
Mask in place
Dirk in hand
To relieve me of my winnings?
Was it all a ruse
To make me believe I’d won
When you always held the hole card?

Or do you offer one last chance
To beat the odds?
Is there honor among thieves?
Would you release your hold
If I again put my cards on table
Go all in
Best two out of three?