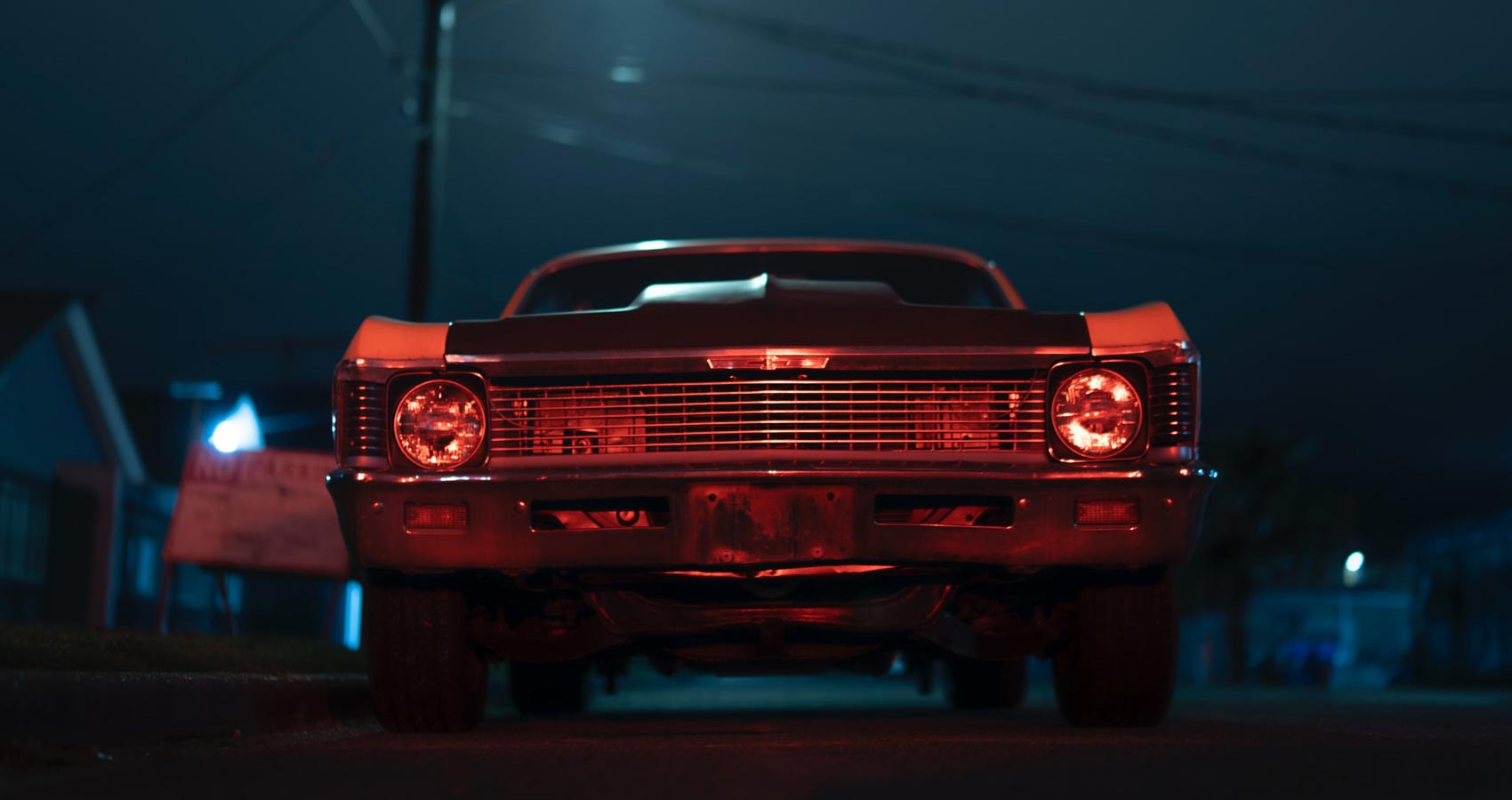 “I’m sorry, Charlie but we lost her,” said the Old Man.

“But, Dad…I thought you said it was a sure thing?”

“Yeah, but the owner got a better offer.”

“Well, I think I found another car you might like. I’ll call you back in a few days,” said the Old Man before hanging up.

I hung up the phone deflated. The 1969 Chevy Nova I thought was gonna be mine turned out to be just a pipe dream.

Damn it was such a Bitchin’ ride too. Black as midnight man and fast. Heck, it was definitely a chick magnet. And back then I could have used a little “magnetism” if ya know what I mean when it came to members of the opposite sex.

Since I was supposed to be back at college in a few weeks – it appeared that I would be walkin’ instead of drivin’ to school.

That all changed of course when I got an excited call from my father a few days later.

“I got you a car, Charlie and I think you’re going to love her.”

“You did? That’s great! Is it another Nova?”

“You’ll see. Come on up on Saturday and I’ll give you the keys.”

“Of course, you’re going to have to pay me back. Let’s say you pay me thirty-five bucks a month until it’s paid off,” said the Old Man.

“Uh, sure,” I said, starting to feel vaguely uncomfortable. “How long do ya think that’ll take for me to pay her off?”

“Oh, about forty-three months. I’ll see you in a couple of days,” he said, hanging up.

“Forty-three months?! Uh, wait…Dad? Dad? Hey Pop?” I said to the unresponsive phone I held in my hand.

Hanging up the receiver I did a mental calculation of how many months went into a year. I mean Jeez Louise… forty-three months sounded like forever. I shuddered at the prospect of such a Faustian arrangement.

Worse, paying my Dad a whopping thirty-five smackers a month translated into me having to find a job to pay him back.

A daunting task as I made it a point to avoid “working” whenever possible.

Unless the job made me look cool ya know. But, up to that point in my life, no job had ever made me look cool. Yeah, I still had nightmares about the time I worked at Jack n’ the Box. And that torturous experience had only lasted a day. I couldn’t cook burgers and I refused to wear the stupid wedge-shaped Jack Hat they gave me to wear – so it was don’t-let-the-exit-door-hit-in-ya-in-the-ass on your way out kid.

Anyway, by the weekend I was on tenterhooks with anticipation.

I remember it was a hot summer afternoon and I was vibrating like an Eolian Harp as I accompanied my Dad to check out my new ride. Walking to his apartment garage, visions of hot muscle cars danced in my head, I was soaked with nervous excitement. What could it be?

Was it a Ford Mustang? Or maybe a Dodge Charger or even – pinch me now I must be dreaming – a Corvette I wondered?

Why adults kept giving me gold stuff was beyond me. To my young mind, anything painted gold looked lame and cheesy.

My Mother’s third husband, Rick, had given me a knock-off ten-speed piece of crap (which I suspected he had gotten for free or purchased in some back alley deal out of some guy’s car trunk) that was painted gold. Even my mom had given me – after much nagging – a gold Stingray bicycle for my ninth birthday. I forgave her for the poor color choice and rode it to school anyway. The ten-speed I never rode beyond our driveway – since the brakes didn’t even work on the damn thing.

But there it was a gold-painted car and it was mine for the taking. And you know when you want something bad, well, you can always turn a blind eye and hold your nose.

I’m embarrassed to report that I practically snatched the keys out of the Old Man’s hand before either of us changed our minds about the deal.

Okay, I may have hated the color but to my relief, the car ran great.

And surprisingly, the Dart proved to be popular with the Coeds back at school. I was halfway through my first Semester when a giantess, named Ruby, took it upon herself to act as High Priestess by initiating me into the ways of the flesh in the car’s backseat. Which was a unique experience considering she towered over me and outweighed me by over two hundred pounds. “Be gentle with me!” I shrieked, as I was dragged into the makeshift Temple of Love.

To his credit, my father never hassled me about not paying him back. Instead, he cut off my College fund eighteen months later citing that his investments in Orange groves in Alaska had soured.

Which was bullshit. Everyone knows not a damn thing “grows” up there except for maybe critters that will eat ya given half the chance.

But, since there were no continuing classes in “fucking off” in college being offered, I figured it was time to move on. So I kept my trap shut and pretended to believe his shameless lie.

I don’t remember what happened to my car as I joined the Marines after dropping out shortly thereafter, trading my college textbooks for an M-16 rifle.

According to my younger brother, Matt, Mom sold it after I left for Boot Camp. But, if she did, I never saw a dime out of the deal.

And so, like the rest of my youthful possessions, the Dodge Dart was lost to the receding tide called irresponsibility. A tide that swept away not only my naivete but my youth as well.