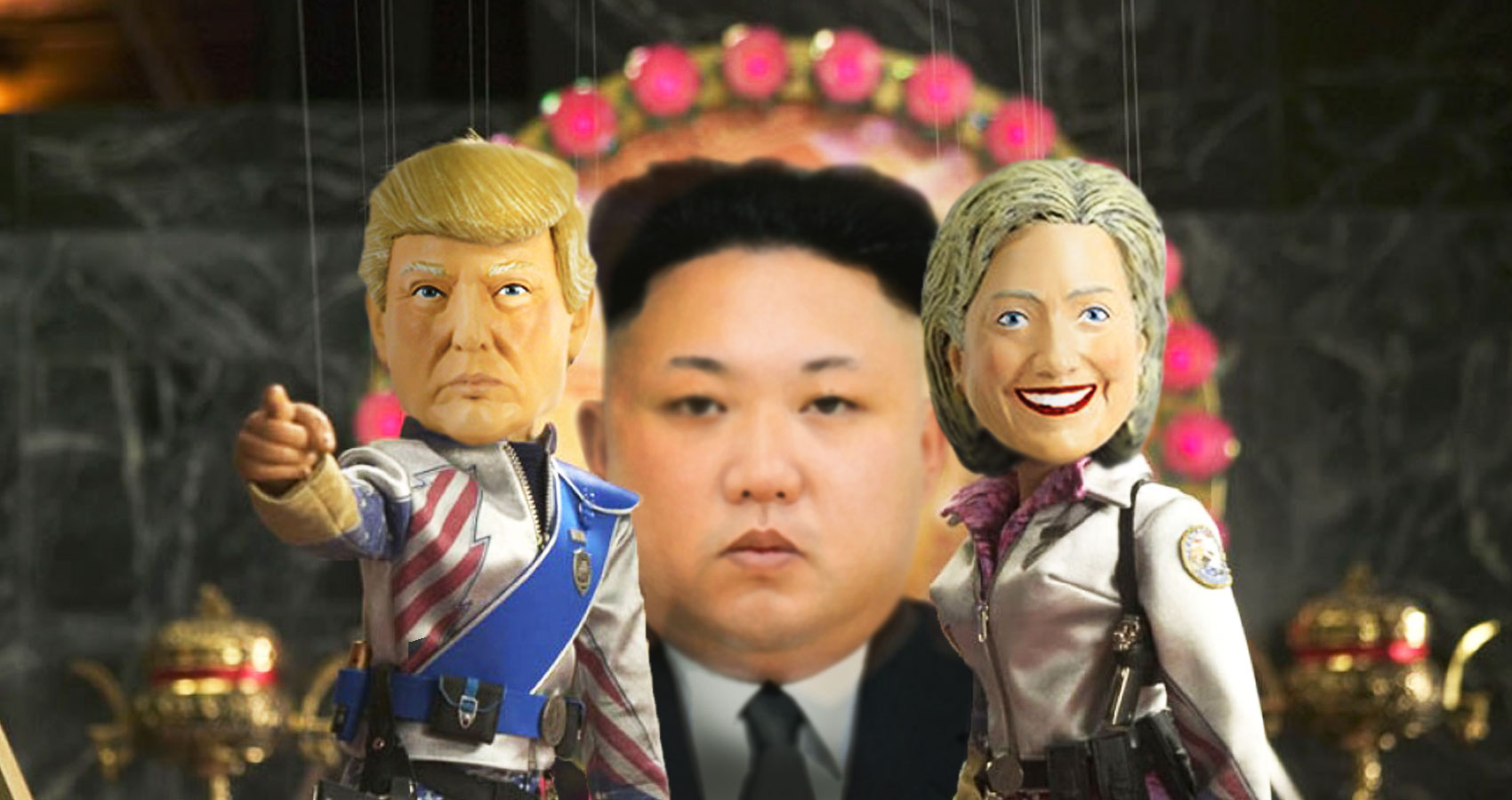 AUTHOR OF THE PROMPT:

Hillary Clinton and Donald Trump decide to join forces to run against Kim Jong-un of North Korea, who recently found out that due to an immigration loophole he can run for President of the USA.

Kim paints his on everyone

Hairdressers of the world prepare

for a new USA heir

Sijo – a form of poetry from Korea. At least 2000 years old as written verse.

crack of the quip

I have poetry and stories in "Not Enough To Quit" by Modern Writers published by ATLA Publishing, and a children's poem in "Un-Turn This Stone: short stories for children" by Aviva Treger et al.

Latest posts by MR.QUIPTY (see all)

This publication is part 2 of 5 in the series Prompting MR. QUIPTY