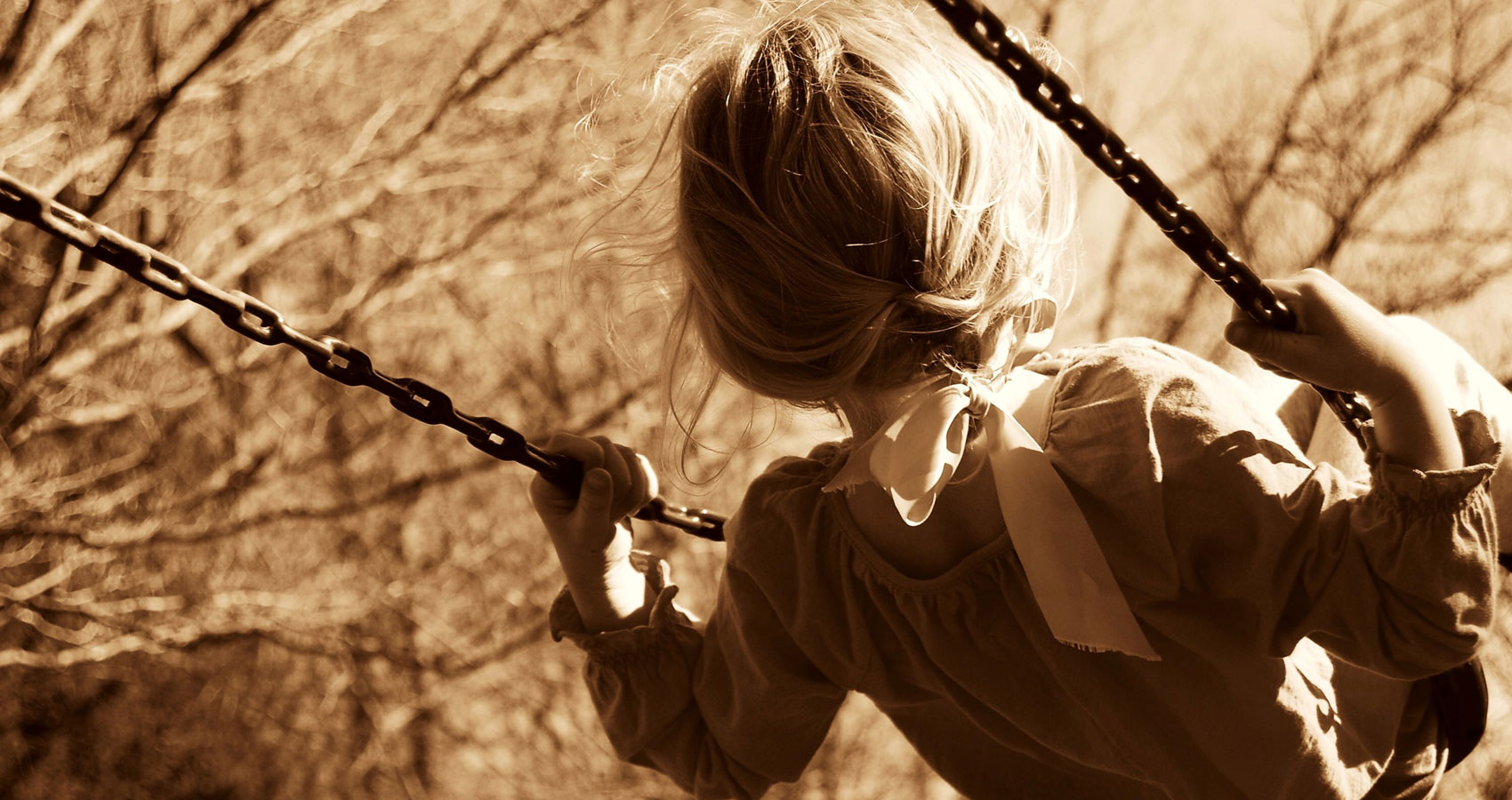 there’s a hole there,
deep but near,
where the father should be
i have a mother,
even have a brother,
but i don’t have him
never did

i see the scene clearly
a father pushing his child on the swings,
laughing with her giggles,
driving her higher and higher,
blonde plaits airborne

i was not that child,
though in sleep,
i cried,
almost feeling it be

i too swang on the swing
same playground,
exact swing,
just me
it took longer,
but i swung,
hoping to take flight,
needing to marry the sky,
and i did,
only alone