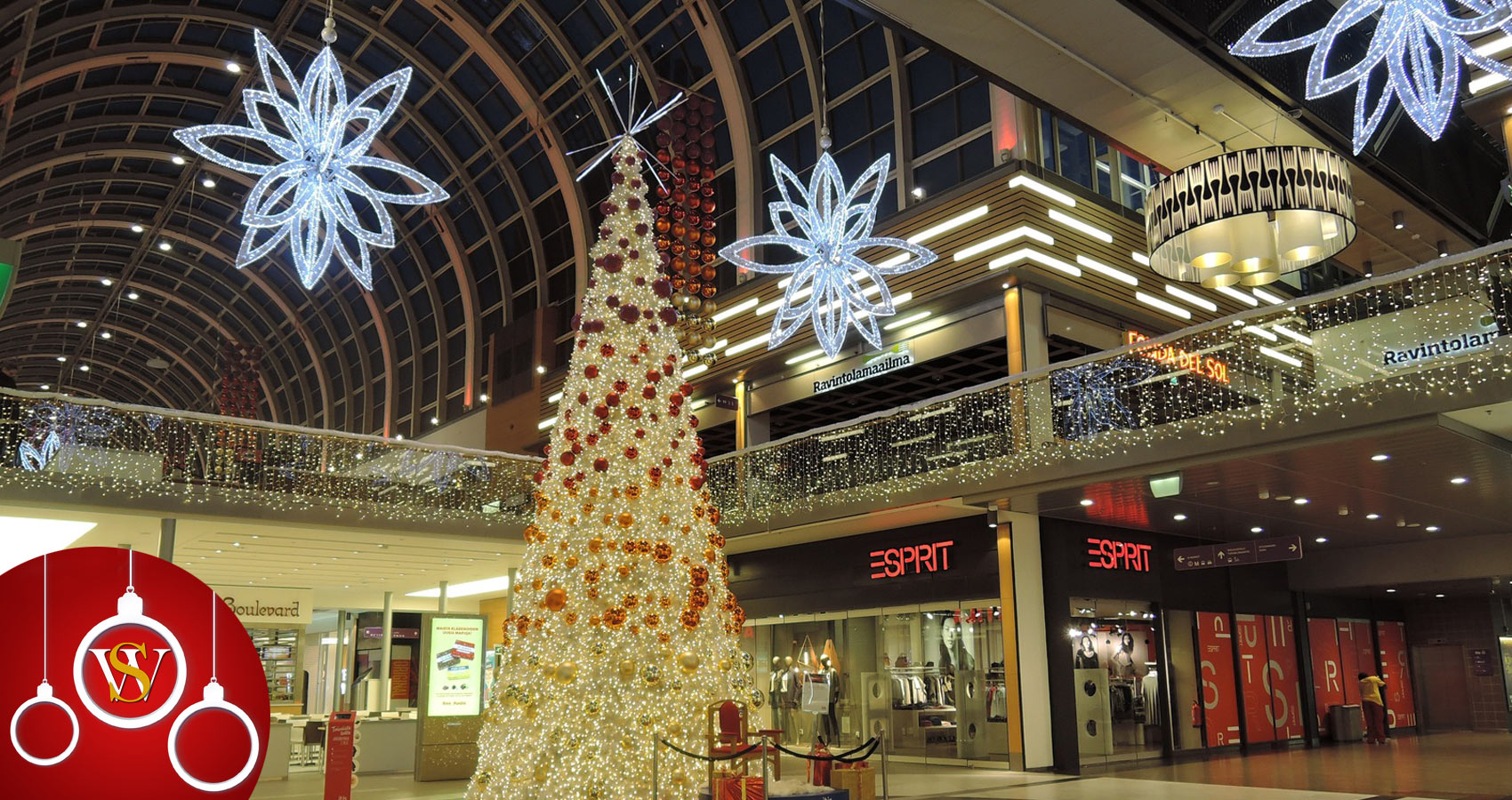 Our manager Karen asked me what was going on with my tie, saying that it’s too short.

I looked down at my beige knit tie – it appeared all shriveled up like a piece of cooked bacon. I told her it must have shrunk in the wash. I needed to buy some new ones for sure, but I barely made enough in wages at the Musicland store here in the Concord Mall, to get by with gas and party money, much less replacing trivial articles of clothing. The smart ass in me would have replied, “Why do your pantyhose smell like my old man’s socks?” They always did, but I found her too attractive to insult her. It’s a thing like this that makes a beauty like her down-to-earth to me. Faults like that can deter a whole layer of suitors, giving me a shot and I certainly wanted one. She probably just needed to spend a few more days at the laundromat per month to fix her problem.

Calvin is a fellow sales associate that has a fuller mustache than me, but is shorter and has a rep as a schmoozer with the ladies. We had become pretty good friends since we started working this record store gig. It was clear he also had an affinity for our lovely boss. She has a pale complexion with dark straight hair and is about seven years our senior, but hey, age is no barrier to a couple of female-obsessed 18-year-olds.

Calvin, with his thick, blonde hair and his gift for gab, often attempted to set us up on dates with the girls he’d meet wandering around the food court on his lunch break. Today was no different, he showed up at the store entrance with two girls in tow. They shyly said hello and both sported long dark permed hair. I had a girlfriend named Kristi that I used as an excuse to respectfully decline his offer to double date. I probably would’ve said yes had they been a little better looking or even spoke with some charm. My ethics were more wobbly than I’d like to admit, but I at least had some discretion. Calvin, on the other hand, seemed indiscriminate when it came to the ladies.

We were in the midst of our Christmas sale. Large promo posters featuring Santa were all around the store to let customers know that select top 40 records and tapes were 20% off until Christmas. Additionally, our hours were expanded until 11 pm.

On this day, the Saturday before the holiday, we had a spotty flow of customers at best and I guess we could’ve worked on inventory or pricing after Karen ended her shift at 5:00 pm – instead, we chose to leave our preoccupied assistant manager, JP to all that while we roamed the mall. Our excuse was that we needed to find more change for the till. A practice we (and others here) would routinely do. We went to surrounding stores asking to buy one-dollar bills or rolls of quarters, due to the fact the banks were all closed on the weekends.

We spotted a pair of pretty teens marveling at the massive Christmas tree in the center court. They chatted about the oversized ornaments that clung to its branches and the star that nearly touched the ceiling skylight. We casually followed them into the Ganto’s women’s store, located a few storefronts down from Musicland. Despite his best efforts, Calvin couldn’t talk to the stuck-up pair, we got shut down with the ‘we have boyfriends’ excuse. The Ganto’s sales guy smirked at the attempt.

“Why don’t you ask your slut of a manager to go out with you?” He said sarcastic enough that we were both caught off guard.

“You say that like she shot you down for a date,” Calvin replied. He smirked back at the guy, whose nameplate ID’ed him as Jeff H.

“I’d never date a bitch like that,” he replied.

That statement did not sit well with me – Karen deserved more respect than that from this dork. I felt the need to defend her honor. Calvin felt the same apparently, telling Jeff, “Maybe we should talk about it out in the parking lot.”

“Afraid of an ass-kicking, what do you think?” Calvin posed to me.

Jeff walked back behind the counter, not wanting to back up his careless jawing, thinking better than to deal with the two of us.

“That’s what I thought,” Calvin taunted.

We walked out of the store, agreeing that Jeff just crapped himself. That wasn’t the end of this scrap, and we’d find that out about two hours later.

It was approaching 8:00 p.m. when Calvin asked me if I wanted some Christmas cheer. That was his code for cherry vodka. I said, “Of course!” We had to sneak out to his car to do this. Being underage, I don’t know where he got his booze from but he always seems to have a bottle handy. We took swigs directly from the flask quickly and heavily because it was frigid in the parking lot without coats. Although afterward, I felt warm inside and the head rush was amazing. The early 70’s style street lamps out there were bright only directly below them, leaving heavy shadows on the spaces in between. One from which a figure emerged, crunching through the icy lot. It was Jeff H. swinging a pair of nun-chucks like he was Bruce-freaking-Lee. He whizzed them around his head and waist in a circular motion and stated, “You ain’t so tough now, are you?”

“Hold my vodka,” Calvin said quietly, handing me the flask. He spun around to the trunk of his Monte Carlo and popped it open. Before Jeff could finish saying, “Where you going, puss…?” Calvin produced a small gauge shotgun and leveled it at him. Jeff threw the nun-chucks and ran, nearly wiping out on the ice. Calvin mocked, “Yeah, you go run to mommy!”

I stood both stunned and amused.

“Don’t worry, it’s not loaded. I’m not that dumb.” We looked at one another and laughed hardily.

We finished the vodka and headed back to the Musicland store, thinking that’s the end of that. Little did we know this was about to escalate.

It must’ve been about 9:30 pm when I handed change back to the middle-aged mom who had bought her son the new Van Halen album – that’s when I saw Jeff appear in front of the store.

“Hey, can I talk to you guys? I don’t want this to go on,” he said sincerely, adding, “This getting out of hand.”

Calvin and I walked up to him.

“Well, what do you wanna say,” Calvin prompted.

Jeff pointed to the wooden benches in front of the J.C. Penney’s. “Let’s go over there and talk.”

We walked over to the sets of benches; Jeff sat down on the bench across from us.

“I’ll say whatever I want to say about your bitch manager and if you two threaten me again, all hell’s gonna break loose,” he said with a confident smugness. At that moment, three other men walked up, staring us down with sobering faces. The tall one in a button-up McDonald’s shirt and the mustached one in a grey suit wasn’t all that threatening, but the huge, chunky dude in the ragged navy sweatshirt was quite intimidating.

The man in the suit said, “You’re in way over your heads, our group insists that you kids take this seriously. You need to just walk away,” his calm demeanor belied his threat.

I observed Calvin balling up his fist.

I stood up, “Well Jeff, we’re not afraid of your little misfit mafia here,” I claimed, no doubt fueled by cherry liquid courage.

The man in the sweatshirt moved close enough to invade my personal space. Calvin stood up ready to brawl. The man in the suit spoke, “You don’t understand, there are a hundred of us in the community,” he reached into his bulging jacket pocket, resting his hand on what I thought was a pistol.

I didn’t know if I could hold back from eventually saying something stupid, but that gave me pause. Calvin opened his mouth to say something when he was interrupted.

It was JP, he walked out to us saying, “C’mon guys, you can hang out with your friends after work.”

We slowly walked back to the store. The four men watched us for a minute and then dispersed.

Calvin said, “Do you believe that?”

“I guess it seems plausible,” I answer.

“That was some B.S. – I think they watched The Godfather too much,” he grumbled.

“Acting or not, that guy probably had a gun,” I replied. Calvin clearly agitated, went into the back room of the store. He hated being outdone.

After closing up it was about 11:30 pm. Small spits of snow were sprinkling the empty lot. When I approached my old red Dodge Demon with the mismatched green door, I realized for the first time that it was Christmas colors.

For a topping on my fine evening, I find my engine won’t start after numerous key turns. I trotted around the four sides of the mall, looking for anyone who can jump-start my car battery, but I only see JP’s car driving out of the east lot, too far away to flag down.

Knowing my dad was probably out drinking with his buddies, I didn’t have faith he’d answer the phone even if I did seek a phone booth.

I began walking the 7 miles and change to get home. I crossed the highway and climbed the embankment to walk the railroad tracks. I was feeling sorry for myself encountering all the trouble. I thought of the threats and if this small-town mafia was even real. I thought that it was fortunate however that JP had inadvertently ended the standoff. Maybe it was a gift from the man upstairs that happened that way.

I started to feel better, the frigid wind seemed to die down and I got used to the temperature. I made it home much sooner than I thought I could.