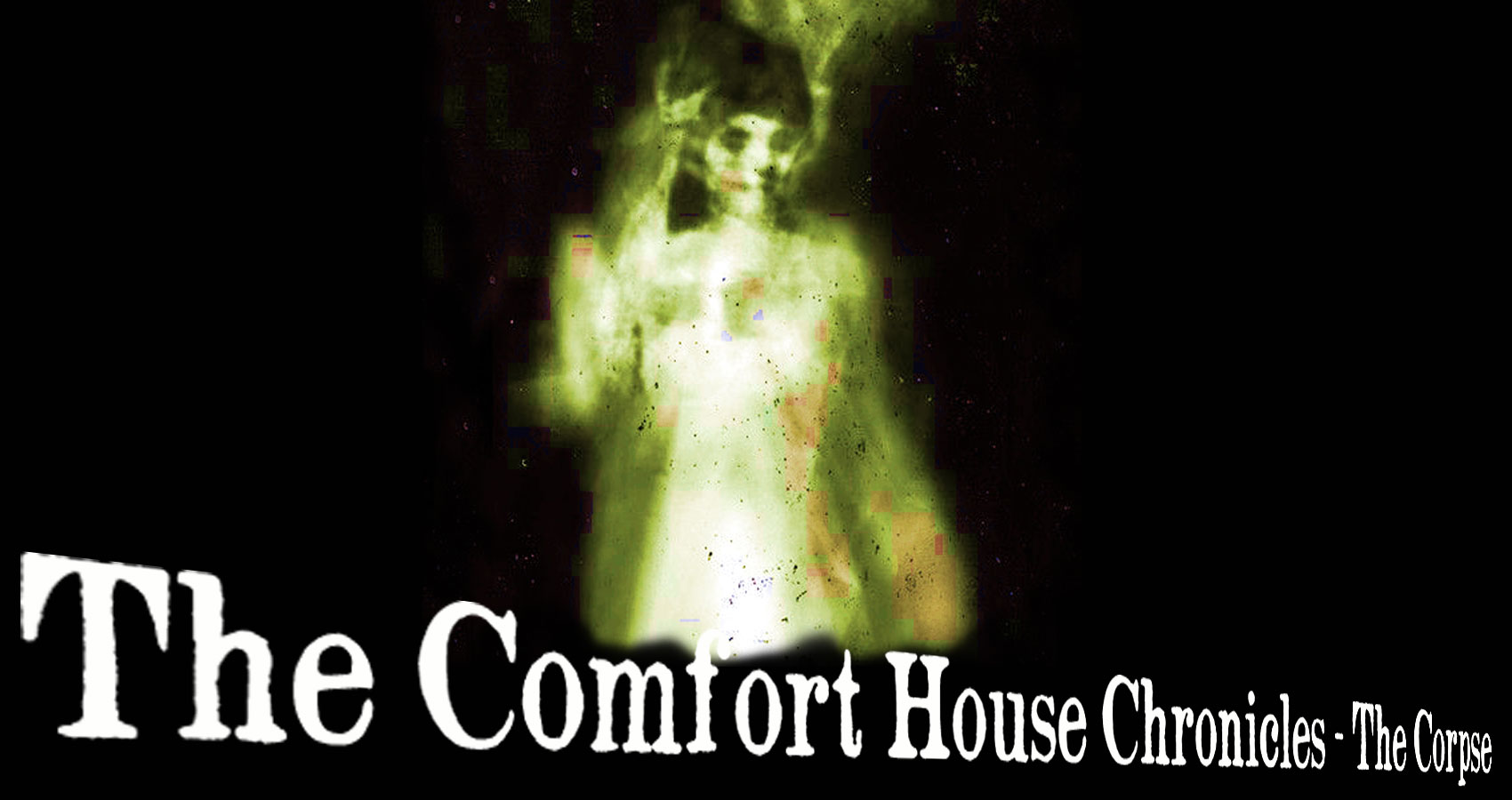 The Comfort House Chronicles: The Corpse

The Comfort House Chronicles: The Corpse

I died on a Saturday in that awful place. At least I believe I am dead. I thought I was supposed to go someplace else, but I did not at that moment. It was raining when they buried me. I know this because I could feel the rain drumming against my coffin as it was lowered into the grave, a vengeful staccato beat blending with the soft thumps of soil hitting wood in the dark. I wanted to dig my fingers into the thin velvet lining, to gnash my teeth and tear out clumps of my hair. The embalming fluid was thick and frigid in my veins, and I could not move them. I like to think that otherwise I could have willed movement into my corpse, splintering rough wood and tunneling through damp earth to freedom.

They did bother to dress me, fixing me up as best they could, even though they just shoved me in this box. Why make the living look upon the deceased any longer than they have to? Bury the dead before they stink up the place. That’s my motto. When I died I was staring through the bars on the window. I could see the big brick walls and part of the brown building I was housed in. It was raining then too. I was drooling on myself and trying to think why I couldn’t get my mouth to speak or my body to move. I just sat there staring and suddenly, I was standing beside myself.

That was how they found me.

Time does not move inside you; It moves around you. It doesn’t rain in the in-between place. At first I thought I was still in the coffin, it was dark there too, but then a stream of light shot by, leaving a comet-trail of glowing ivory that illuminated me for long moments. I say it illuminated me only because there was nothing else to reflect the light. I studied myself in cold assessment, moved my pathetic excuse for what appeared as my limbs experimentally.

I glided, with no ground beneath me. Pausing now and then to watch joyous, gleaming souls shoot up like stars. I assume it was up, at least. It was one of two directions in which they all went, and if they were descending, then I was upside down? It was more than I wanted to think about. Were they souls? If I looked hard enough, I thought I could distinguish shadows of faces.

I decided that there were others there like me. I could not see them clearly, but occasionally we brushed each other. Even in the fleeting light brought by soaring ectoplasm, they were mostly hidden from me.

Acidic tears streamed from the gaping holes where my eyes once were. I almost missed the first window into my life. A glimmer, the size and shape of a keyhole, at the level of my waist. I paced around it, not noticing as another toe cracked and fell off. I was down to three toes by then, and four fingers. Pieces of me kept dropping off. A bit of cloth here, a chunk of rot-mottled flesh there. Watching as my body decomposed in slow motion, I continued to see from my ragged sockets and so I bent over slightly to examine my discovery.

My mother, folding laundry with jerky, stiff movements, setting aside clothes I recognized as my own. Biting her lip, her crystalline eyes were heavy-lidded and red-rimmed. I looked away, no longer having eyelids for protection, and let my mother go.

It was harder when I found my father. As much as I loved my mother it was my Father who held my heart the most steadfastly growing up. I don’t know how long I stayed at the keyhole. Watching him go through my meager possessions. Watching his pain as he gathered the small items and placed them on the kitchen table. As I watched him, he carefully arranged my things in neat little rows. A meticulously carved cross, a framed photo, a dog-eared book of poems, a china figurine ? I watched him plan my true memorial, and I let my father go.

Little by little, I let all of them all go.

Finally there was nothing left of me. The bones became dust that disintegrated into nothingness. I chose to see myself as a form of mist. With nothing left, but my soul, and the threads binding me to life severed, I rose. Gaining speed as I shot in the direction I envisioned to be up, leaving a path of glowing essence behind, I shed it all. Life, body and soul. They no longer shackled me. As I dissolved into blissful oblivion, one thought lingered.