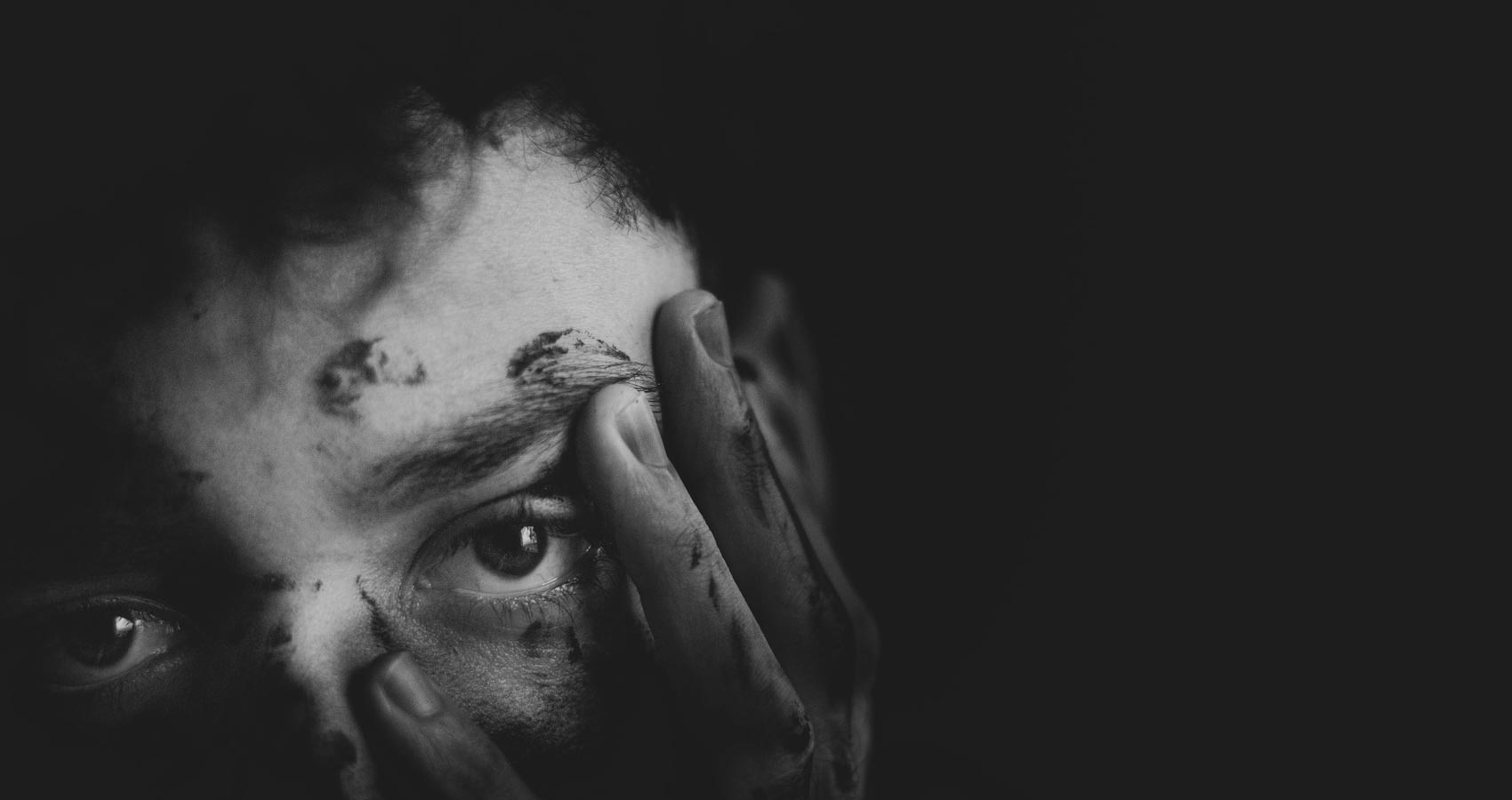 guilt erodes
and consumes our souls
through tiny orts
of ourselves

fateful and forgotten acts
erupt and surface
on full display
to realize and perseverate
throughout our days,
while our emotions and energy
wither away

wedding day bliss
a couple walks down the aisle
happily waving with wide toothed smiles,
find their way through time
and something is amiss
walking down the grocery aisle
cloaked in a different demeanor
splashed with stoic, sad faces
their former exuberant visages,
now gone and stolen
through countless hours
of toiling and dancing
with desolation and dissatisfaction,
spinning and twirling
with deceit and regret,
while noshing on the memories
of long-lost dreams,
forever gone to the abyss
of unrealized achievements,
choking and coughing up
the phlegm of conformity
often born through guilt’s enormity

Born and raised in El Paso, actor, writer, and poet Manny Rey is carving his path in Hollywood. His first big acting break was staring with Bryan Cranston in a final season episode of Breaking Bad (2013). Manny has written seventeen feature screenplays, three sit-com pilots, and five drama series pilots in addition to writing close to forty short screenplays. Manny expanded his poetry catalog during the pandemic and has amassed over 180 poems which he plans to put out in two works. Manny writes daily and works continuously on tapping into his Universal creativity and finessing his writing process while always finding ways to PITCH and produce his creations. Most recently, Manny acquired the life-story and book rights to The Lioness of Judah and has adapted a screenplay based on the amazing true story of Holocaust survivor, Sara Hauptman. In addition to his acting and writing, Manny enjoys spending time with his wife and four daughters. He enjoys meditating, cooking, running, and coaching his youngest in softball. In summary, Manny has range in writing, acting, and life.