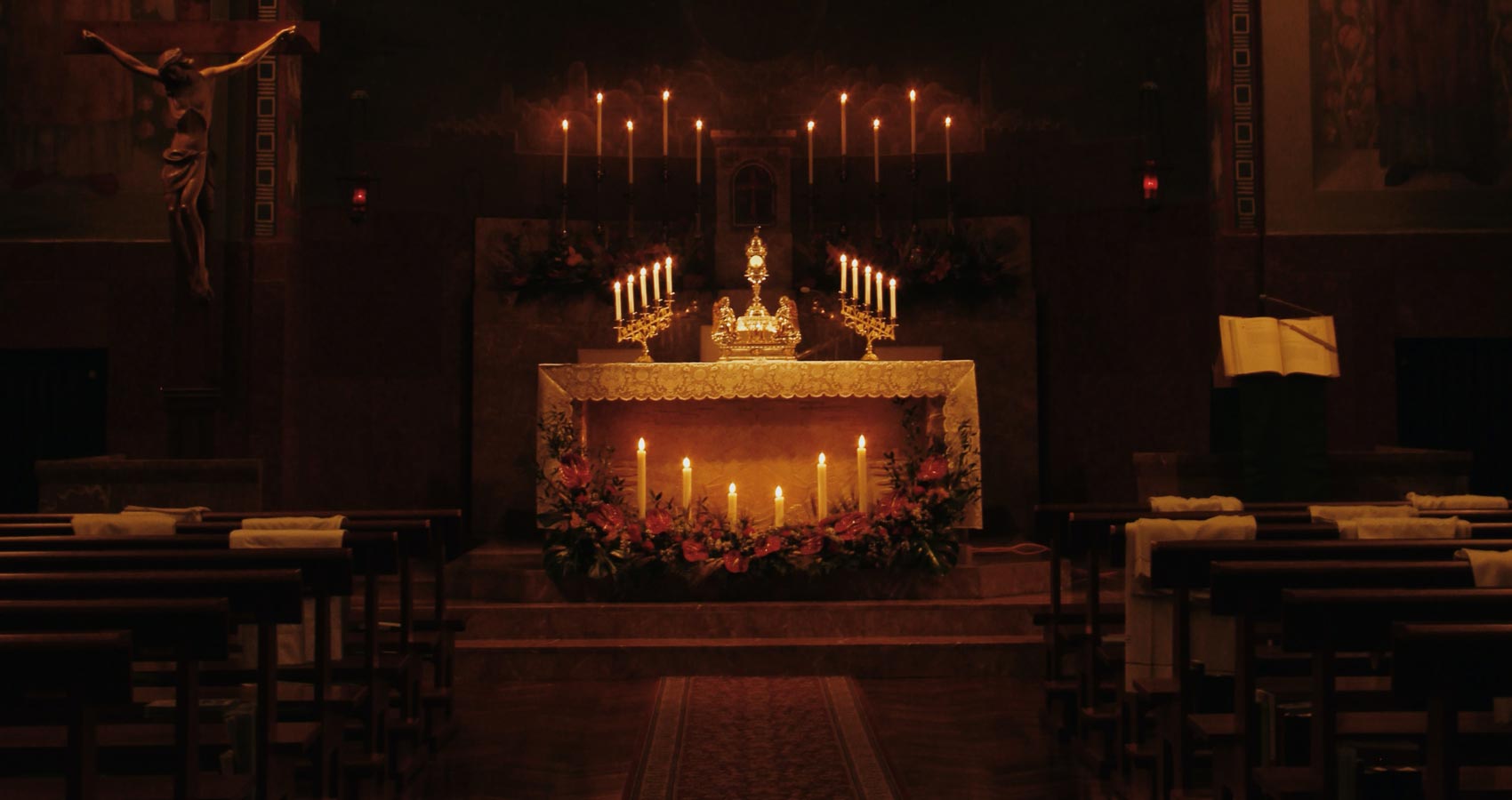 Monastic Gregorian chant serenely filled the empty church. Candles flickered, casting long shadows across the walls. A sliver of the moon was barely perceptible through the rose-colored window above the crucifix. It was very late but the church was never locked as troubled souls sought comfort and refuge regardless of the hour.

A solitary man sat huddled in the corner of a pew, thinking, praying, contemplating his next move. Occasionally his eyes would glance at the little round light above the confessional door indicating that a priest was available to listen, to advise, to absolve.

Rubbing his chafed neck, the man stared at his Roman collar now resting on the pew next to him. How many years had it been since his ordination? How many baptisms had he performed, weddings had he celebrated, funerals had he officiated? More than he could count.

He was a good priest; some might even say excellent. Not perfect by any stretch, but the rights certainly outweighed the wrongs. All except THIS wrong.

He was no thief, no murderer. No one knew his secret so who was he hurting? He asked himself that question endless times, always able to justify his actions. Even Jesus said that the sins of the flesh were the easiest to forgive.

It was so natural, so easy. He was happiest when he was with her and yet it was killing him. This wrong which felt so right was eating him alive.

They were friends and saw each other every day at Holy Rosary Hospital. She was not only an outstanding nurse; she possessed an amazing ability to calm the fears of the dying and console the grief-stricken. They told themselves they were drawn together by their mutual empathy for the suffering, which was true at first. Now the unthinkable had happened. They were lovers, adulterers…..for he was married to the church and she was married to his best friend.

He knew the two choices before him…..confess his sins, beg forgiveness and give her up or go on living a lie and continue their affair. Whatever his decision, the toll would be unbearable.

Making the sign of the cross, he rose and slowly walked toward the confessional. Steeling himself, he reached out for the handle of the confessional booth. At that exact moment, the light switched off.

Head hanging, tears falling, he turned and disappeared into the night.