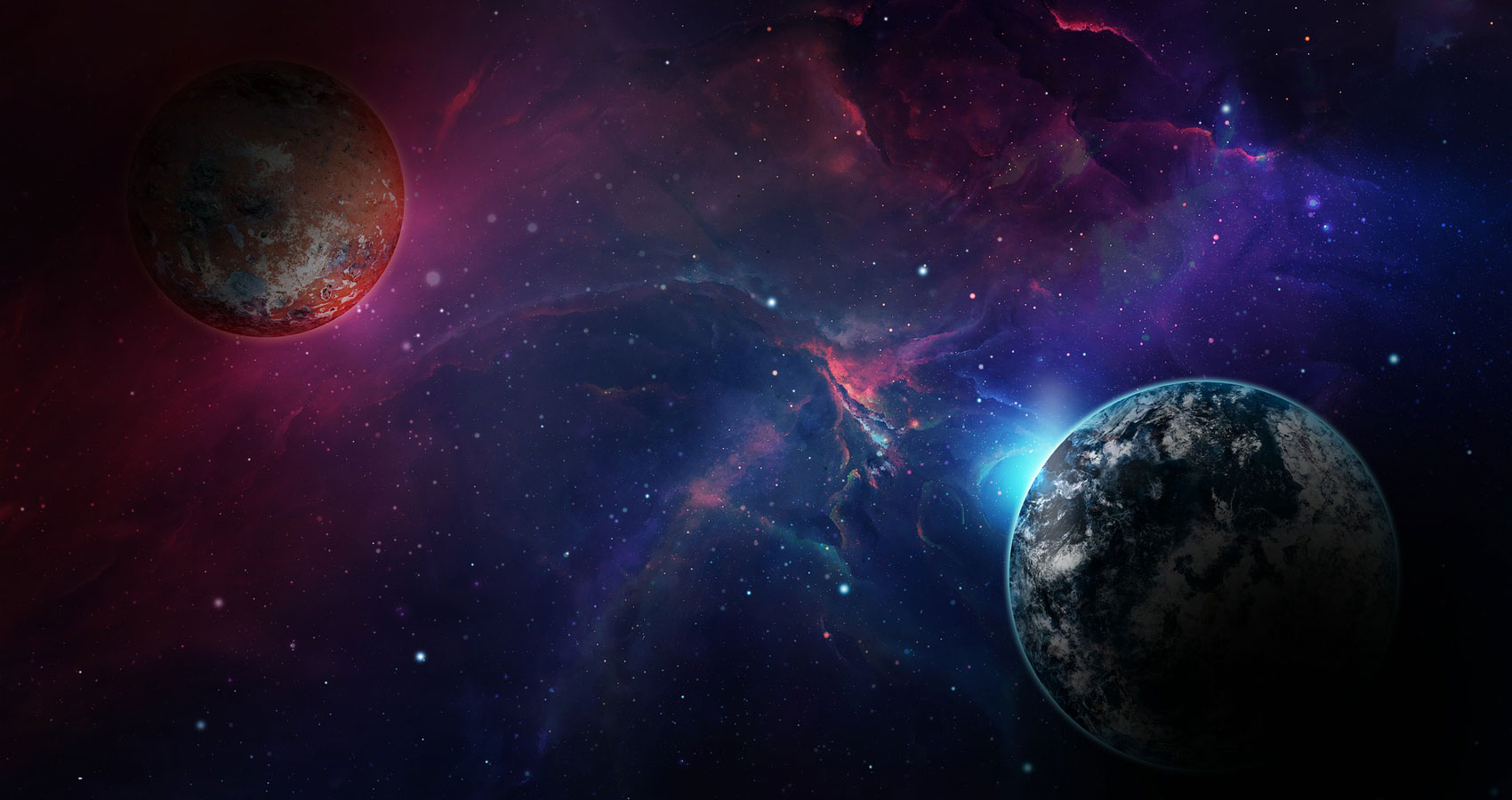 Sun
Formed, from the dust of a supernova explosion
Cosmic remnants of a far-off distant memory
The nuclear core turning matter into energy
But watch, the strength of its gravitational pull
Controlling the elliptical balance of nature
Of the solar system in all its fine stature.

Mercury
Tidally locked, in our star’s alluring grip
One side burnt and scorched by the sun
The other frozen, bitter cold and alone
But look, the planet is particularly small
Battle-scarred and beaten, bruised and sore
The outer layers blasted down to its iron core.

Venus
Mesmerising, the Roman goddess of love
With yellow clouds that reflect the light
Our brightest celestial body, dazzling at night
But wait, below the plumes of heavenly rays
Lurks danger, pressure, fumes and heat
The deadly forces rendering life obsolete.

Earth
Paradise, situated in the ‘Goldilocks’ zone
Not too close, not too far, air, water and light
With a regular, circular orbit, stable and right
But why, why, did life choose to evolve here?
The electromagnetic field, evolution and events
Protected by our neighbours, time well spent.

Mars
Extinct, consists of rocks, volcanoes and canyons
Red, dead, yet underground liquid currents amass
Olympus Mons, waiting, to reignite times of the past
But listen, to the sound of wind in the distance
Dust storms whirling, dancing on the sand
The thick plumes of cloud cover the barren land.

Jupiter
Powerful, protective neighbour of the rocky planets
Made from the simplest of gas elements in space
Whirlpools of clouds forming the surface embrace
But notice, over sixty moons trapped in its forceful grip
The beauty of Europa with dark lines, ridges and tracks
Just may well harbour ‘life’ under those frozen cracks.

Saturn
Mesmerising, the jewel in our solar system’s crown
The outer gaseous atmosphere pale yellow and light
The spectacular circle of rings, what a wonderful sight
But move closer, it is necessary to take a better look
The arcs comprise of billions of pieces of ice, rock and dust
From collisions with other contenders, albeit fair yet unjust.

Uranus
Tilting, the result of a collision, spinning on its side
The captivating blue marble, featureless and smooth
One of the calmest planets, hazy, lazy and subdued
But wait a minute, there is so much more to view
The colliding moons create a ring of rocky reserve
Encircling the ice giant in a faint planetary curve.

Neptune
Ferocious, strong winds raging in its upper atmosphere
Storms of hydrogen, helium, methane, ammonia and ice
Forming blue and white bands across the surface entice
But watch out, be aware of the great, dark spot
The bitter, freezing planet generates its own internal heat
Firing up gales, which come and go only to repeat.

Pluto
Relic, so cold in a remote area of deep, outer space
Producing the ultimate snapshot from a long time ago
The rock as black as coal and ice as bright as snow
But somehow, it is not a ‘planet’ but a dwarf planet
Residing with other known objects in the Kuiper Belt
A comet-rich place where the asteroids never melt.

Milky Way
Spiral, born from the collapse of a colossal star
Creating a dark force that is out of our sight
Four million solar masses, all power and might
But see, the violent activity at the galactic heart
Lurking, waiting, is a supermassive black hole
Despite its size, brings chaos, order and control.

Interstellar Space
Incomprehensible, just one of billions of galaxies
Forming clusters and superclusters on filaments in space
All tied together with dark matter, elegance and grace
But imagine, the incredible, glorious sights that lie ahead
Quasars, pulsars, exoplanets and gas clouds of creation
For us, an endless source of contemplation and fascination.

Beyond
Unimaginable, the wonders of our observable universe
What shall we encounter, the further we venture?
Will it be seductive new worlds or malevolent dark forces?
But question, how the cosmos can be so huge and so vast?
In the infinite expanse of space, are we not just a quantum reality?
To experience our dualistic journey through life and mortality.