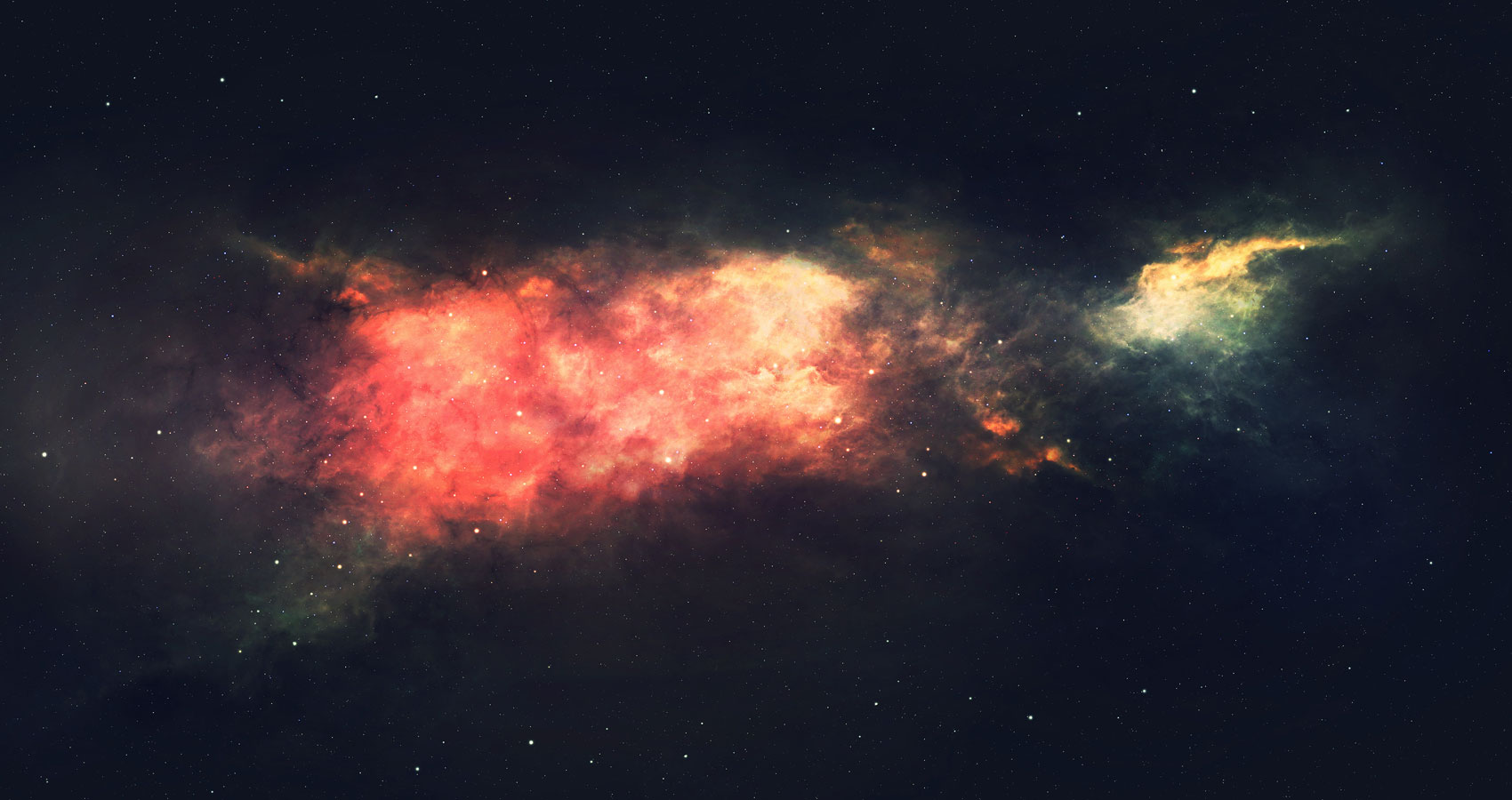 Dark Ages
The beginning.
Singularity, BANG, so the laws of physics declare
Subatomic particles and electromagnetism ignite
Building blocks of life, bound together with light.
Dust and gas plumes compete with the force of gravity
Crushing the cosmic canvas through direct collapse
To create massive black holes as time and space elapse.

Supermassive Black Holes
Profound mystery.
In the early stages, how did these superstructures evolve?
Greedily devouring each other through a process of inflation
Or perhaps, the eerie, dark universe lies at the heart of creation.
All that elusive material may have created gigantic black stars
Who feed on dark-matter particles until it violently explodes
Creating colossal black holes when it erupts and implodes.

Universe
Incomprehensible size.
Mysterious dark matter coalesces to build the cosmic web
Undetectable, elusive foundation in the fabric of spacetime
Attracting the mass of observable matter, a new paradigm.
From the dark ages to galaxies, clusters and superclusters
Floating on filaments in space like a string of pearl beads
One can only imagine the whole in which it supersedes.

Galaxies
Such elegance.
An eclectic mix of elliptical, irregular and spiral swirls
Unimaginable beauty including the gas clouds of creation
Interstellar star nurseries, born inside celestial formations.
Our group of galaxies belong to the Laniakea Supercluster
But unlike our gravitationally linked family, solid and sound
Superclusters are temporary structures, dark energy bound.

Sagittarius A-Star*
Four million solar masses.
Lurking at the heart of our own Milky Way galaxy
A colossal vacuum in space with no luminous source
Lies a supermassive, black and mysterious force.
The Sagittarius A-Star* is many light years away
The gravitational pull at the centre of this hole
Devours cosmic material with no self-control.

Milky Way
Barred spiral.
Our galaxy comprises of billions of stars, dust and gas
With much more dark matter than you can imagine
All tied together by the force of gravity in action.
Safely situated in one of the swirling, galactic arms
Our second-generation star, stable planetary system
With celestial bodies, rings and moons coexisting.

Fate/Galaxy
Cosmic battle.
Within our local group, the fate of our demise awaits
The Milky Way and Andromeda galaxy lock together
By fixed gravitational forces, bound and aligned forever.
In five billion years, a galactic showdown is inevitable
The supermassive black holes will infuse to become one
Creating an unfamiliar structure, a new life begun.

Fate/Universe
Dark energy.
Despite the fact the known universe is inextricably linked
A struggle between two opposing forces unfolds from the start
Where gravity attracts mass together, dark energy pulls it apart.
This mysterious force, fuels expansion, towards a chilling demise
Ultimately, there is only one winner in this light versus dark extreme
Black holes, dark matter and dark energy reign absolute supreme.