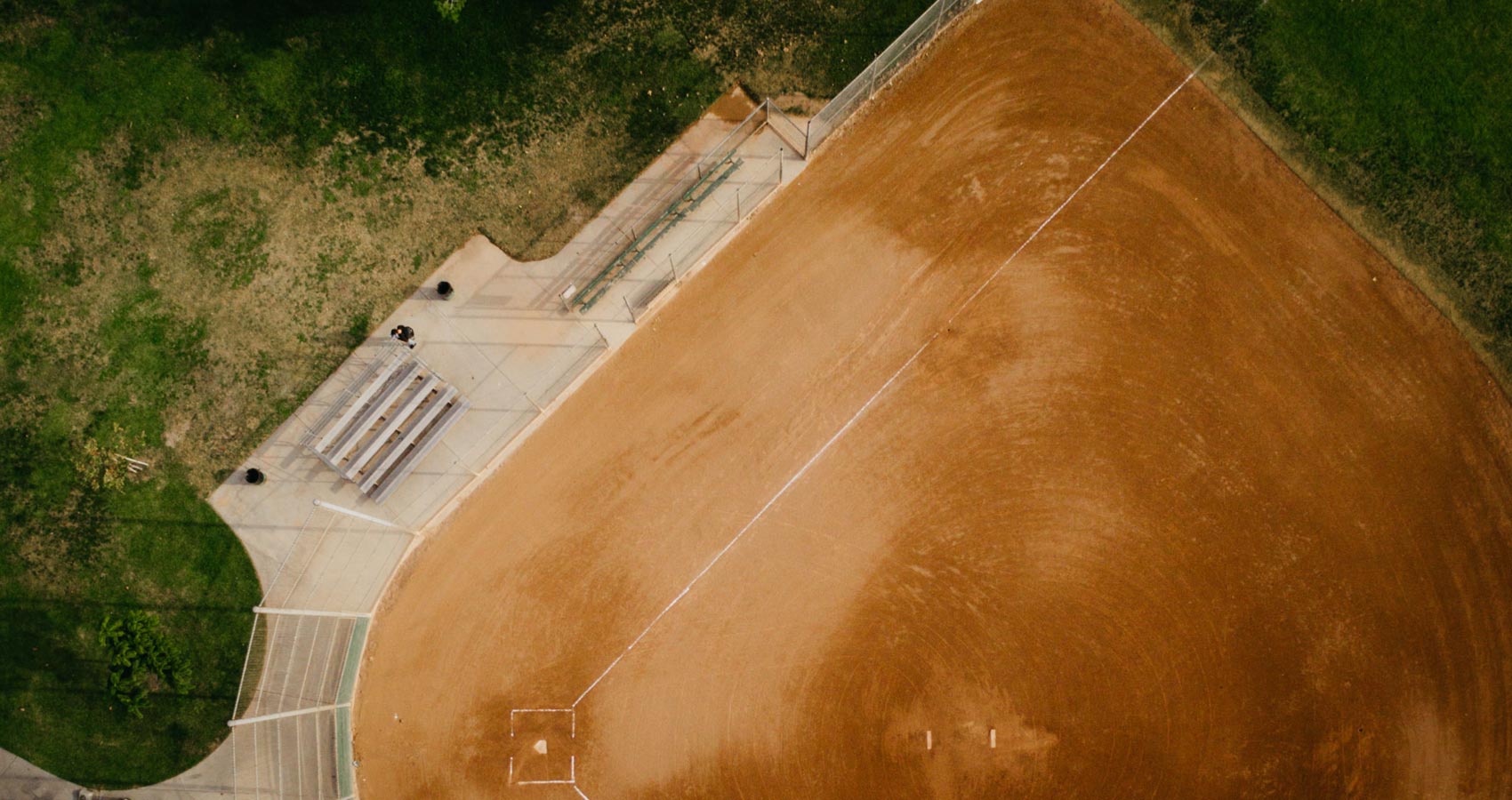 Coffee, Baseball, and Fear of Flying

Coffee, Baseball, and Fear of Flying

Two double espressos on top of sleep deprivation have my mind in a sweet spot where what I generally consider reality is heightened and blurred and imbued with meaning as if the fog outside the grimy bus windows resulted from an atmosphere saturated with metaphor instead of water vapor and my veins thrummed with hope and purpose instead of caffeine.
This is what life would feel like if the scientific fact that I was made of recycled stardust felt as important and true as a perfectly thrown twelve-to-six curve ball slicing through the October night air and buckling an all-star sluggers knees with a full count and the bases loaded.
Over the years I’ve picked up the vibe that I’m supposed to get weak in the knees and feel rapturously connected to nature at the thought of being made of recycled star parts, but everything on this planet is made of the stuff—including the repurposed school bus I’m sitting on this morning, waiting for the plane that will take me away from the muddy gravel and dingy buildings of the oilfield where I’ve been working for the last two weeks. To me, anyway, being made of repurposed stardust is not that exciting, because everything is. That makes being made of used-up stars mundane.
Please don’t call me a downer for saying that. Or, call me a downer and go out and harangue anyone and everyone who ever told me, “Welcome to the real world, kid,” every time something shitty happened.
If you ask me, a bigger downer is the scientific fact that the break of a curveball isn’t real. The perceived break is the result of a trick the human brain plays on itself. The path of the ball is curving the whole time, but the brain processes what it is seeing differently at different points in the ball’s flight from the pitcher’s mound to home plate. Switching from the object-far-away process to the object-closer-in process is what accounts for the break batters think they see. Or so the lab-coat-and-pocket-protector set says.
I seriously doubt any of the physicists who pooh-pooh curveballs ever stood in the batter’s box or squatted behind home plate. I never caught Barry Zito, who threw one of the best curveballs in the game back when I was a baseball fan, but when I was in high school I caught a kid named Rex LaGuardia, and he threw a helluva hook. If that thing didn’t break as it traveled the sixty feet, six inches from the pitcher’s mound to home plate, then it might very well have folded the very fabric of space-time, making it theoretically possible for me to travel a tesseract from this gravel pad built on the Arctic tundra back to the Northern California high-school baseball diamond where I slept on the roof of the dugout, in a sleeping bag and under the stars, the night before the day of the first baseball practice of my junior season and tell my younger self what lay ahead in the real world.
If that was true, it would have the desirable side effect of allowing me to skip the upcoming plane flight.

When I was young, I wasn’t afraid of flying, but nowadays I think about crashing almost every time a plane I’m on takes off. And that moment is coming soon.
The small prop plane that will ferry me from one oilfield runway to the next has just landed. The oncoming crew blinks their eyes and rubs their faces as they find their way to the ragged old school bus that is twin to the one I’m on, the door closes behind them, and then we roll over to the plane, grab our bags, and shuffle toward another set of seats.
Both nurture and nature argue that I should be a lot more mellow about flying. I fly all the time for work. Every two weeks if not more often. My dad flew planes for the Navy, and his summary of flight school goes more or less like this:
They sit you down in a classroom and tell you how it works, Bernoulli, pressure differentials, lift, and you go, okay, sure, but you don’t really believe it, and then you go outside and hop in the cockpit with your instructor and fire up the engine, and somehow it works and after that, you don’t think about it.
Dad didn’t fly much after he got out of the Navy because of an eye injury he sustained while working as a carpenter, but whenever we flew together on commercial flights and we’d hit a patch of turbulence, I’d watch him. I remember a flight to Durango, Colorado, particularly well. The afternoon thermals rising off the Sangre de Cristo mountains were bouncing the little nineteen-seater we were on all over the sky. I tightened my seatbelt and looked at Dad. He was asleep. I told myself I’d start to worry if he woke up.
Dad’s not on this flight, though, and unless I actively think about something else, my mind will busy itself imagining plummeting thousands of feet prior to being torn into pieces by flying metal and burned beyond recognition. I’m grateful that today I’ve hit upon a wonderful question for daydreaming: What would you say to your younger self if you could travel back across more than a quarter-century of real life for a quick chat?
Would you whisper anything of what lay ahead? Provide specific details or general guidelines? Focus on strategy or tactics?
Or would you think it better to hover silently, the better to watch the younger you sleep and try to soak up some youthful joy and innocence before you were whisked back to your real life because you knew the world wasn’t done with you yet?

I’m not sure what I would say. I’d already thought about it some this morning, sitting on the bus long enough that the caffeine buzz wore off and I’d once again become convinced that fog is made of water and not metaphor. Also, the diuretic effect of coffee had made itself known, and the pressure in my bladder was proving that water always finds its level, which, incidentally, is the sort of rubber-meets-the-road physics I can handle, as opposed to the type of physics in Stephen Hawking’s A Brief History of Time (which I gave up reading years ago), the type that glories in complicated theoretical questions about space-time such as: If my friend Devon leaves Zurich at 6 PM on a train traveling at the speed of light while a three-dimensional ant walks the surface of a two-dimensional ice cream cone carried by a waiter in a different train leaving Zurich at the same time and same speed but heading in the opposite direction, will the clock of an observer standing on the moon keep the same time as the watch on Devon’s wrist?
That type of thing never made any sense to me. My answer was always, Who cares, even if I’m made of stardust I’m not on a damn spaceship.
(Speaking of time, I find it much more relevant that before time zones were developed—due to the need to standardize train schedules—people set their clocks at noon whenever the sun reached its zenith in their personal sky, and I guess I’m a romantic because I find the idea of calling noon based on your local sky seems a good metaphor for how to live your life, similar to always paddle your own canoe.)
While I was going on about trains, ants, ice cream, and canoes, my group of passengers had been briefed and the plane had taxied and received clearance. Now the engines are roaring, the props are screaming, and we’re lurching upward into the fog.
I turn my mind back to wondering what I would say to a younger me sleeping on the roof of the dugout, and suddenly I know what I would say.
I’d say, Don’t think about the places you want to go. Figure out what you want to be when you get there.
I’d say, Joy is a better polestar than reason when setting a course in life.
I’d say, Emotional intelligence and street smarts beat book smarts all day long.
He’d look at me funny and I’d say, There are no right answers to the wrong questions.
He wouldn’t know what to say to that—he was good at math and bad at relationships and lateral thinking— and I’d say, Trust me, Kid, I know. Forget calculus and get to know yourself instead.
Since I’d be talking to him while he was trying to sleep on top of the dugout the night before baseball practice started, I’d switch to using some baseball metaphors.
I’d tell him that in life it is always the bottom of the ninth, the count is always full, and if you are going to get beat, get beat on your best pitch.
Then it would be time to go. The portal or whatever it was would be closing. With one foot back in the future, I’d turn around and say, One last, thing, Kid, just so you know. For some reason, we’re always gonna be the visiting team.
And he’d say, Yeah. I already figured that part out.