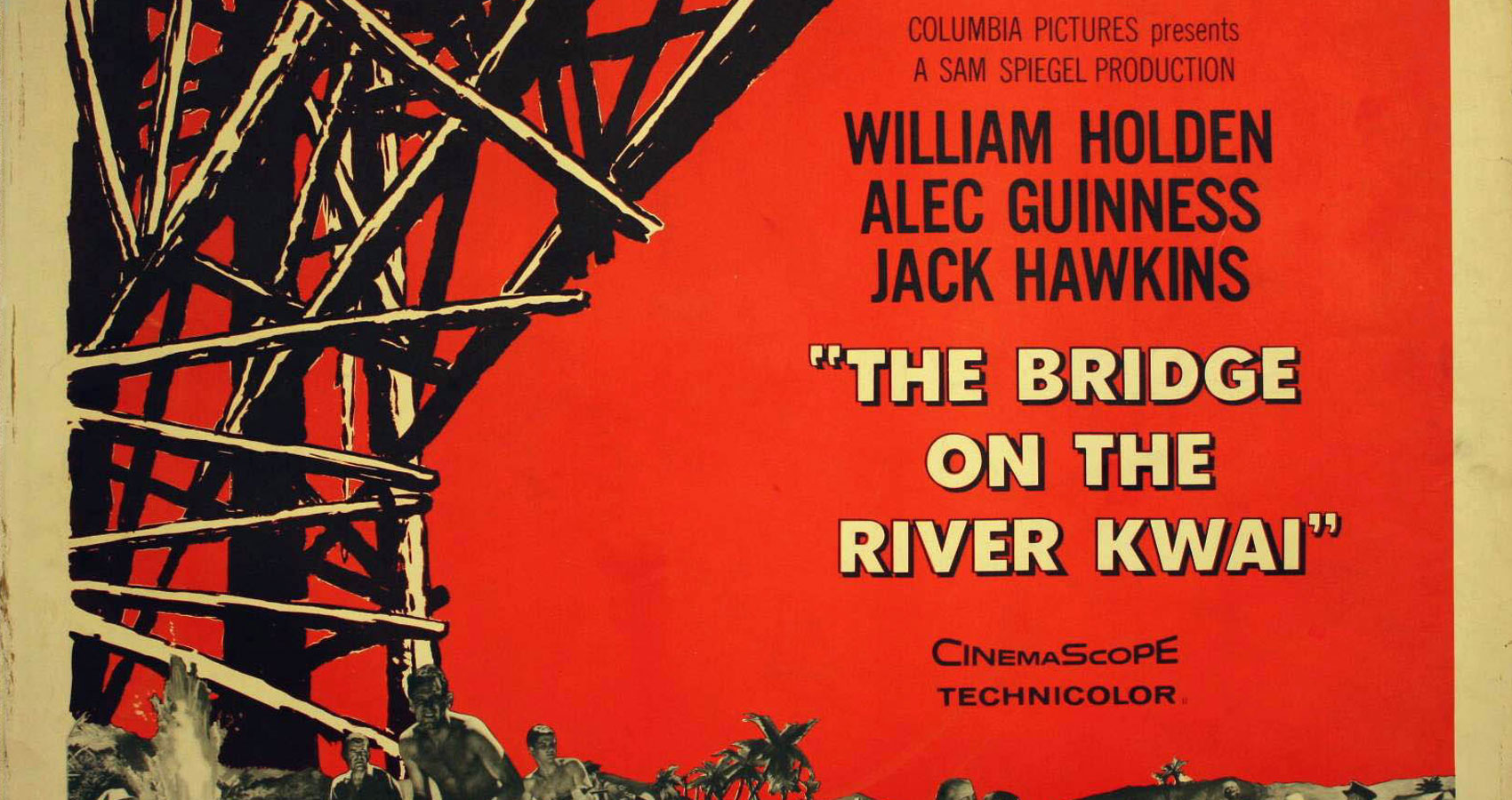 Do not speak to me of rules

Do not speak to me of rules

This was my first taste of a “real” war movie.

Hollywood was very good at glamorizing the allies World War II efforts. “We” win, the villainous Japanese/Germans die. The allies were heroic, the enemy was often faceless or sniveling when they got screen time. Allies rarely died and when they did, it was a sacrifice to save many.

I will be on my film history soap box for just a second. Bare with me.

David Lean was a master of “The Epic Film.” Cecil B. Demille was credited with being that, but to me, he set the stage for the real master to take over that title. Lean’s epics were grand and had amazing stories to tell. Demille got caught up in the spectacle of it all and his scenes always felt like reasons to justify “bigger” and “bigger.” Lean used a large scale, but he always centered it around a great story.

“The Ten Commandments,” and “The Greatest Show on Earth,” two indisputable “epics.” The rest of his pictures are debatable regarding that definition.

“Great Expectations,” “Oliver Twist,” “Summertime,” “Lawrence of Arabia,” “The Greatest Story Ever Told,” “Doctor Zhivago,” and “A Passage to India.”

Of this list, “Summertime” does not appear to sound like an “Epic,” but once you have seen the cinematography choices that Lean made, you realize that it is.

Off my soap box, back to the picture.

“The Bridge on the River Kwai” is the other Lean epic that I did not add to the list above. The setting is another POW camp full of British Officers that are tasked under forceful labor to construct a new bridge to aid the Japanese in a supply effort. This POW camp setting feels like a POW camp. People are tortured, beaten, disrespected, embarrassed, harassed, and killed.

Instead of a “cooler” like in the “Great Escape,” they use an “oven,” a small insulated encased box that does not give you room to lay down in sitting out in the open of the hot sun. You can smell the torture of it the first time they take Colonel Nichols (played by the great Alec Guinness) out of it from a short stay.

Alec Guinness to me was just Obi-Wan Kenobi prior to this film. I was talking to my grandma about how I didn’t like old actors as much as the newer ones. They just “seem realer” to me and she said, “Oh, really, what about Sir Alec Guinness?” “I don’t know if you’ve seen anything he was in,” she said.

My mom piped in and said, “He’s Ben Kenobi from Star Wars.”

Without hesitation my grandmother said, “‘The Bridge on the River Kwai,’ you watch that and tell me whether or not you like ‘old’ actors.”

Dammit she was right. I became obsessed with Alec Guinness and tried renting as many of his movies that I could find. I look back at the original “Star Wars” and realized the expression choices that he made just under the surface. When you view a space opera, you don’t necessarily remember the acting, you look at the spectacle of it all and reminisce about those scenes. After seeing him in “Bridge,” I started watching all of his movies with an intent focus on him and his approach. I think he’s my favorite actor.

Not only did this film open my eye to Guinness and his filmography, it changed the way I felt about war movies. I left with a very eerie, uneasy feeling, and I think that was-no, is-a good thing.

The closing line of the film exudes what we should always ponder before we make the decision to go to war.