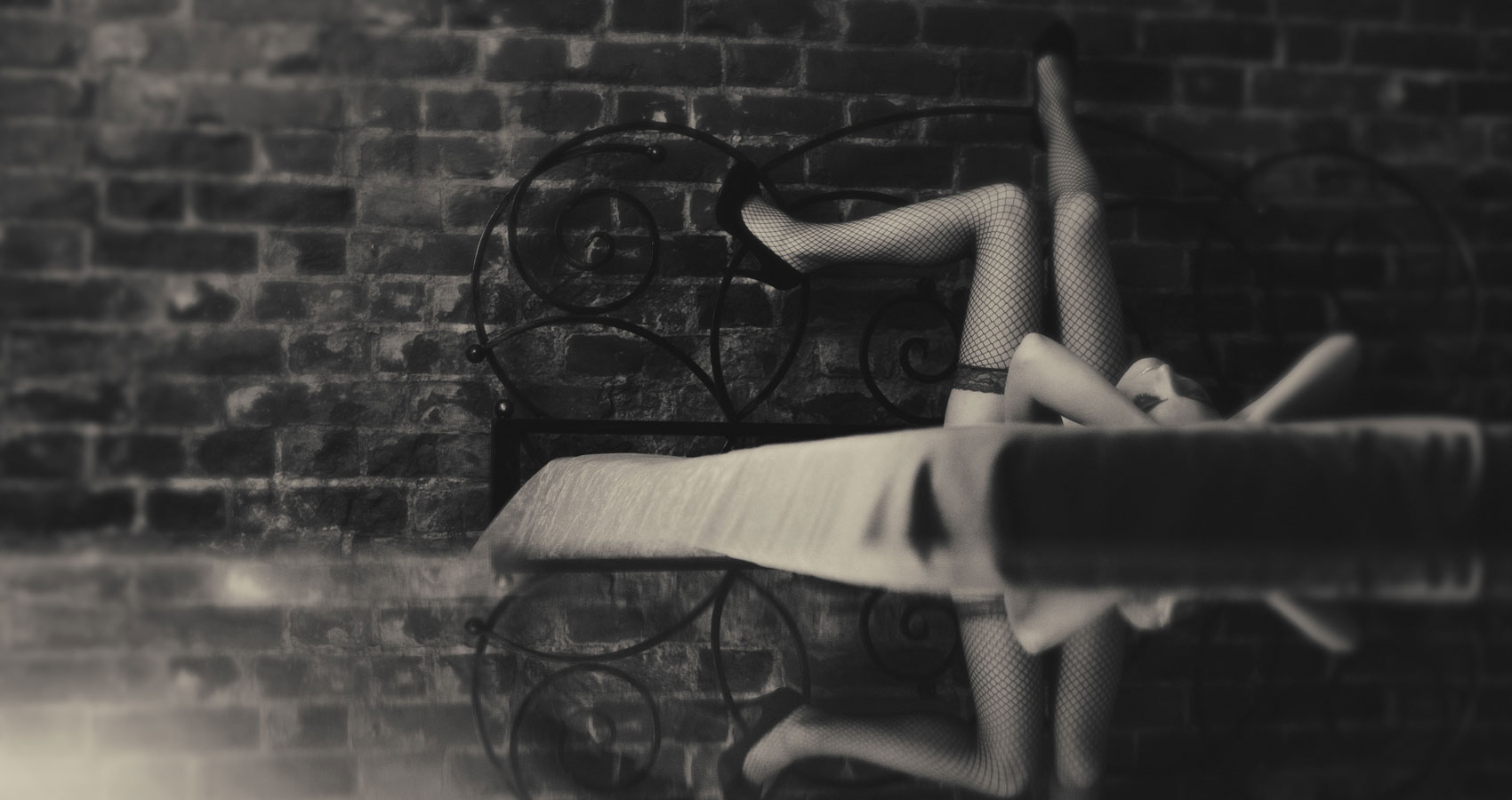 Her legs
stretched as provocation
shimmering the haze of desire
floating boats
sailing my sea
smothering with ache
on butterfly lips
glancing tenderly
with fingers touched
from bottom to top
whispering
my love, my love
you’re to never stop.
Forgotten
the nape of the neck
the curl of the lip
the sway to a beat
the movement of the hip
tumbling ass over tit
flowing with passion
easy and free
never rationing
until the one slip
a moral misjudgement
an ache to the heart
no hips for a beat
a drought of passion
the morality card marked.
Don’t share me
nor like me
this is pain
silent ink spilling over shame
yanking at the strings deep inside
tapping out a rhyme as it tip toes
the lost, behind my painted smile.
The cracks are creaking
longer and wider with every tempo beat
missing and skipping
each eon becoming a mere second
a vinegar to be swallowed
a sands grain
scratching its irritation
as I recall
a place of our conjoined and contentment
while sparrows sing verse
each verse a drip of a life’s love
perpetuating the dreams of together
Oh! What longed togethers I dream
but before the branch snaps
and the sparrows fall
with wings fluttering
you have gone.
My ears now ring with words of melting tolerance
twisting to the scent of pine air
our together laying
residing at the other side of the furthest sun
an off brush between us
slow but warmly dealt
instigating our cold demise, demise, demise
yet instant, within its finality.