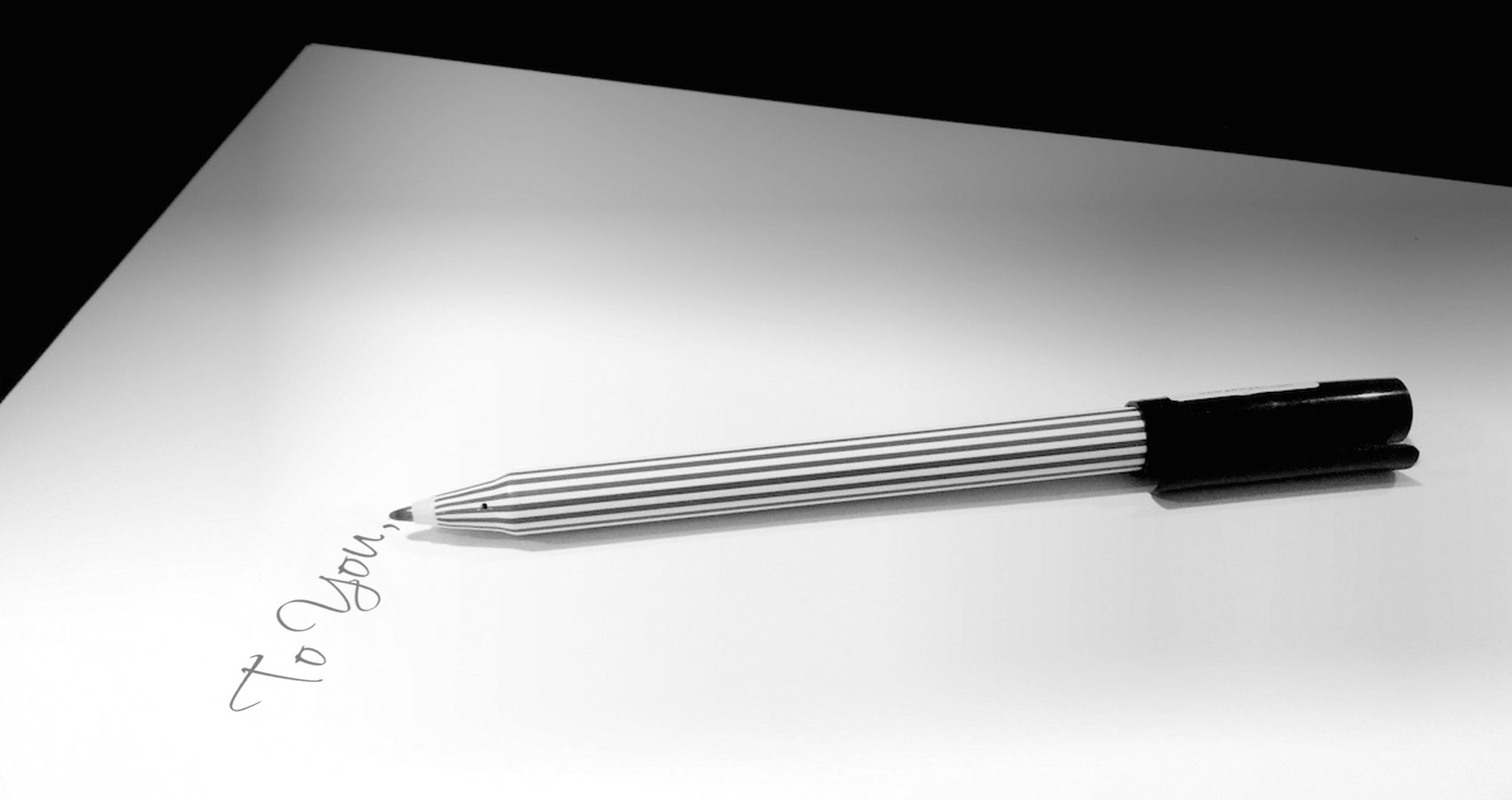 With a pen, its ink almost dry, he sat down to write a letter.
“To You,” he simply wrote at the top,
the letters disappearing and reappearing as the ink skipped,
“I hope this finds you in good health,” he continued, then drew a line through.
“I hope you’re doing well,” he wrote instead. “It’s been some time
since we’ve last seen each other.
I’d be lying if I said this time apart has been easy.”
He stared at the clock on the wall,
hoping for the hands to guide him in some way.
“I’ve been writing more than usual lately. Thought you’d like to know.
I’d send something along with this letter but fear it’d sit on your dresser
collecting dust.
My friend has been reading my work, she seems to think I’m getting bett,”
he stopped to shake the pen, lick the end,
scribble frantically in the corner of the paper, “er with my writing.
At least there’s one thing going right these days.
I got a dog, named him Bukowski.
He barks a lot, but seems to be okay on his own when I have to work.
Anyway it’s getting late.
Suppose this letter is a means to say goodbye, or trick you into reading
one last thing.” He tapped the pen against his head, “Good luck.”