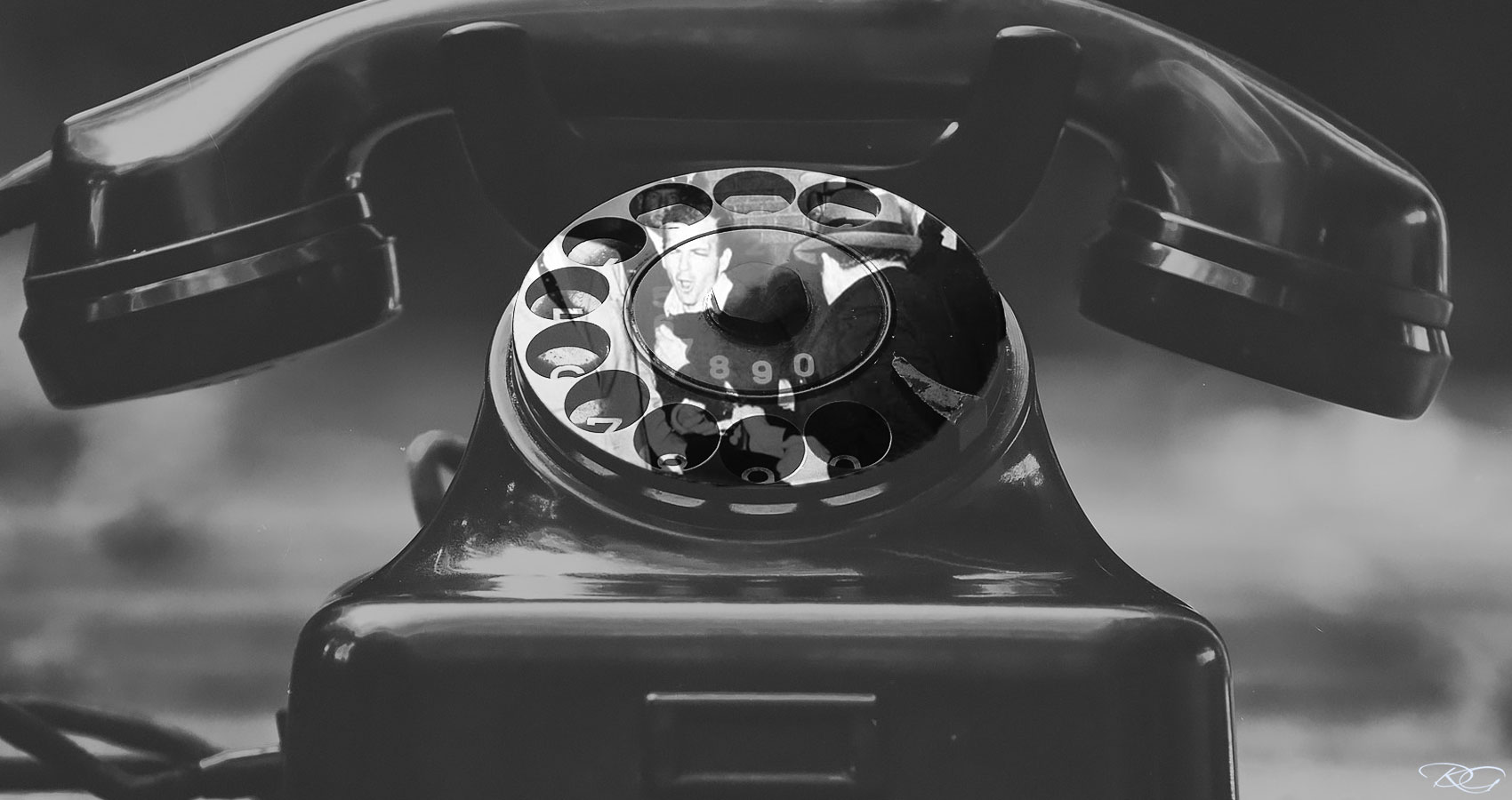 Jack picks up the phone on the second ring, the crackle of static in his ear before the voice – an all too familiar one – comes through.
“Looks like they’ve changed their plans. He’s being taken out today through the basement and loaded in an armored car. Maybe a quarter after 11. You know how to get in. The door’s gonna be unlocked.”
He holds the receiver to his ear for a moment longer, just enough to hear the click on the other end, before settling it back into the cradle. Putting out his cigarette, he moves into the bedroom, his dog following right behind, tail a wagging. There he slips on his tie and jacket, staring into the mirror as he fits his hat, turning it this way and that until it’s just right.
From the top dresser drawer he pulls the stub-nosed .38 and a handful of slugs, dropping 6 into the gun’s chambers and the rest in his coat pocket. He starts to turn, but stops, other thoughts crowding into his head. It hits him and hits him hard that there are things to consider. Some business left undone.
Taking a deep breath, he digs back into the drawer, this time pulling a thick roll of bills, mostly twenties. He stuffs the money in his pocket, the gun in his belt, and makes his way out to the car, the dog right behind.
On the drive into town, his mind wants to wander. Wants to seed doubt. But he fights it off, keeps his bearings, and focuses on the road ahead.
No turning back at this point.
Though the Sunday traffic is thicker than he expected, he’s soon pulling up at the Western Union. Jack lets the dog wait in the car, his head hanging out the half-opened window, while he goes in to cut the money order. It’s not until the agent is sending it off that Jack notices the clock.
11:17. Damn, he’s running late.
His gut in a twist, he stops by the car, gives the dog a quick pat, and then pushes his pace as he walks the half-block to the police station. He curses himself hoping he hasn’t screwed up. Missed the window of opportunity. He passes by the front, slipping unnoticed into an alleyway next to the Municipal Building, ducking into a little used stairwell that he knows will take him to the basement.
At the bottom step a tall husky man in a fitted suit, his hands tucked into his pockets, stands guard. He seems to be gazing out into the large crowd of men, most of whom, from what Jack can tell, are either press or law enforcement. In the middle of the garage, where several TV crews have set up their cameras, reporters face the lens and test their microphones.
Jack shakes his head. A circus sideshow if he’s ever seen one.
He takes a couple more steps, the last one catching the attention of the man. He turns and they lock eyes, the man giving Jack a slight tip of the hat. He starts to step aside, but a commotion from the front interrupts the moment.
They both spin around, watching as several silhouettes float by the windows along the upper portion of the basement. The gathered horde of newspaper photographers react, bumping into each other as they race to fill the little remaining space in the middle. With a shake of his head, the man hops off the step, giving Jack a final nod as he moves into the crush of reporters, doing his best to clear an open pathway. Jack lets go a held breath, then drops to the floor, quickly mixing in with the group on his side. He slowly begins to weave his way to the front.
Just as he makes it to the upper edge of the crowd, the door opens and the prisoner finally comes into view. He’s a skinny little guy, Jack thinks, who’s flanked on either side by officers, their arms intertwined with his. Their focus is straight ahead, their faces stern. It’s then, from somewhere behind, a horn honks, and Jack Ruby realizes this is his cue. This is his moment. He yanks out the revolver and bursts forward, pulling the trigger as he stabs the barrel of the gun into Oswald’s belly.