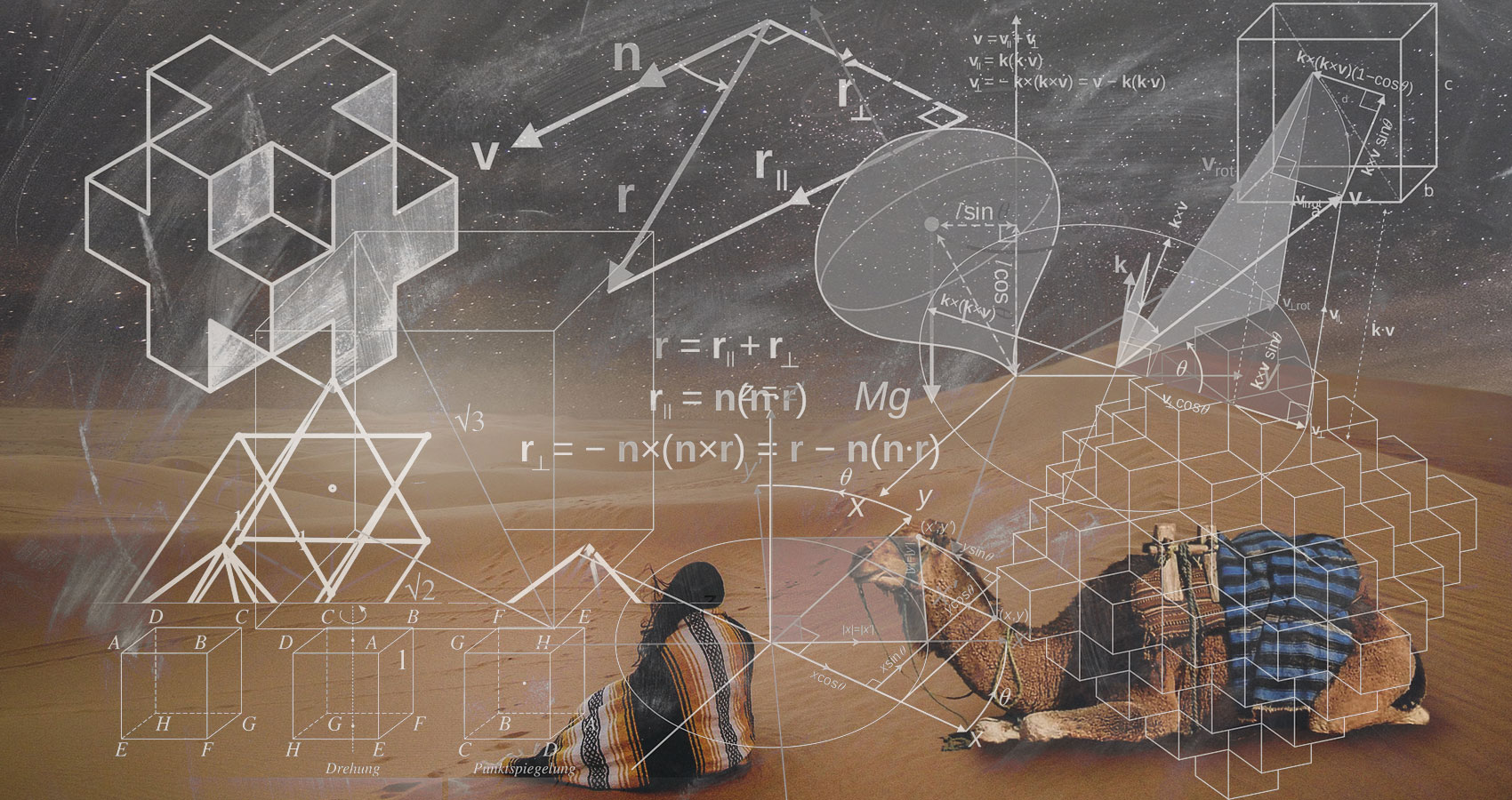 Meeting Of The Minds

Meeting Of The Minds

It is true that they have eyes like the sky.
I saw this myself when he dismounted his camel,
This English traveler.
Do you wish to meet him, my lord?
They say he carries books in his pack.
Send an invitation.
The boy came running back with a perfectly mannerly acceptance.
Let the silver plates and crystal glasses be unpacked.
Let the sherbat carafe be cooled in the spring.
The English traveler came, with little ceremony,
As tall as me, and striding confidently through the foreign camp.
Sat with me, among the cushions,
Under the shady awning, to eat.
Let the sherbat and cakes be served.
Saw the sky-colored eyes.
The eyebrows like wheat straw.
Then the scarf was flipped back to eat.
Saw a face, strong and determined, but fine boned.
This tall stranger was clearly a woman.
Spoke of travels.
Ate and drank the sweet fruit sherbat.
She showed me drawings
Pythagorean.
Drew right triangles in the sand.
I taught her our numbers.
Wrote magnificent equations.
In the sand, under the starry sky.
My finger touched her hand,
As I pointed to the number
of a circle girdling string divided by its diameter,
Sparked a jump, like the air before a storm–
A momentous event.
I gathered her in my arms
And held her tight.
Put a ruby ring in her hand– my accepted suit–
Arabic numerals wedded to Pythagorean figures.
Our progeny will put the satellites in the blue skies
And beam redder than red microwaves,
The light wave just beyond red,
Messages to all of Earth.
I kiss her under the stars
And the ruby glints, so magically in the moonlight,
A portent of things to come.