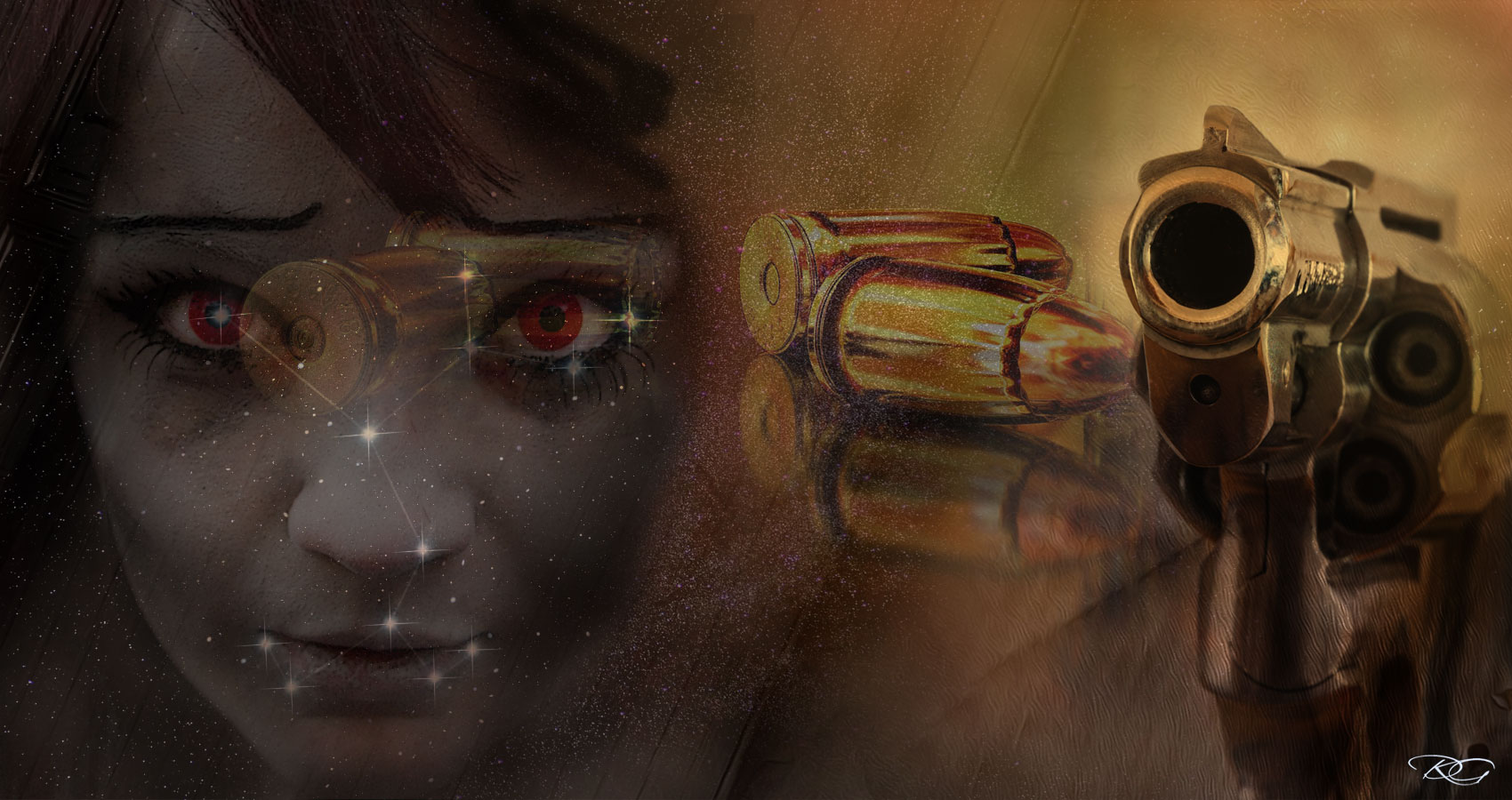 “Who are you and what do you want?”

“I’m Goldkist Golum, Queen of Greed.
The wealth of the world will not be enough
to satisfy my need.
Destruction to fill my pockets is the Divine
I’m off to rob your banks then every money purse and property will be mine.”

“I’ve cloned myself as the seven deadly sins and they are loose in Lataham.  Contact the police
and be on high alert.  They have all bent hell to live on earth and might go after you.”

“You’re not stealing anything from my town”
“This is my town now and everything in it is mine.  You’re going to die again”
I raised my Coracle now as the only remedy as ultimate cure to kill this beast
as my rage rose to the boiling point of one thousand nine hundred and forty-eight degrees
Goldkist screamed and wailed as she melted into a gorgeously gruesome pool of glistening gold
Now the bank of Lataham had a gold floor made from the most sinister soul of greed – sold

Overwhelmed by his good luck, he cackled, already drunk on the idea
we might be truly interested in him

“Wouldn’t you want us both as your twin Juliets?”

He didn’t question our motives

Of course he didn’t hesitate

“Don’t you want what’s between our legs?”
With a smile he thrust himself
into Lust herself
suddenly screaming blood-curdling
as he felt all the pain like broken points of stars
the scars from innocence lost

“Don’t you recognize us?”

“Remember when you seduced us before, even when we begged you to stop?
“Then bragging to your friends with words like stabbing swords”

“Sometimes a reputation is all a girl has.  Nothing sweetly sinful about it, is there?”

All blood flooded the grimy floor

We were reading Shakespeare that year and all I remember:

Now as Optimist Justice, I could see all this telepathically as well
as in the face of my Coracle, for those of you in present day technology
like being able to FaceTime in the palm of your hand
I rushed to the bar and ran into the bathroom one minute too late
Overwhelmed with horror I knew his face and contemplated his Fate

“What did you do?” I screamed to my cracked mirror images

“We defended your honor”
“The honor you never defended that night”