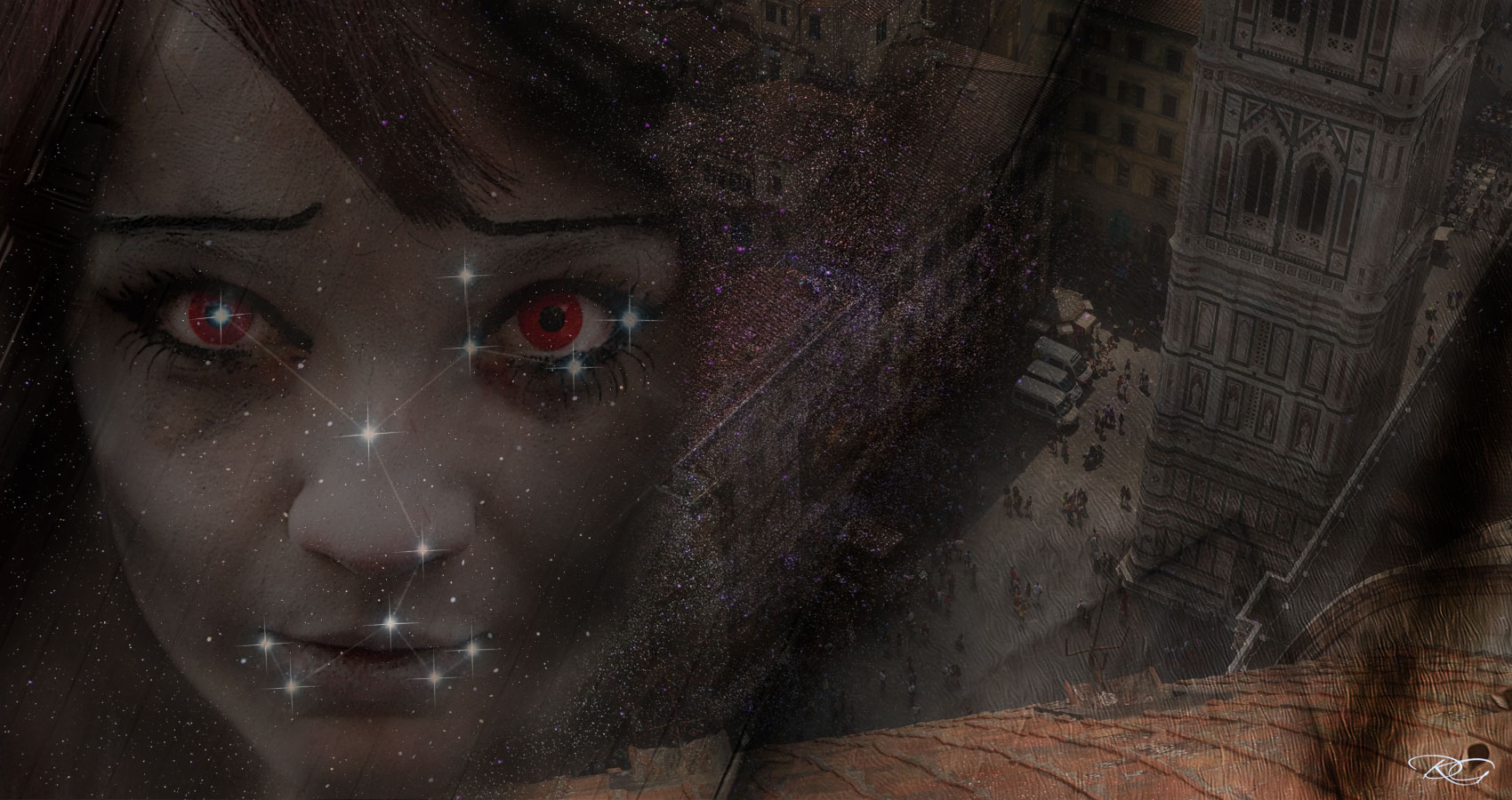 Luckily it only took two giant steps to reach the hospital
my drones checked each window for a sign of Teri
then I looked up and saw a swarm of Ghazalians, an evil barbaric cannibal culture flying away
holding Teri in their chains – the same chains that held Zeke, Oah’s grandson

I reached Ghazalia and could see Teri chained to a tree like a dog
their doctors interrogating her
“Give us new hearts!  We know you can make and install new hearts for your people.  We are dying.”
Teri screamed “I can’t give you any hearts.”
The leader reached toward her bloody chest
“Then we’ll take yours”

“My new skin is full of bullets and vengeance.  Unchain her or die!”

One of the smaller soldiers lifted his knife to stab Teri
but before he could strike
My army shot bullets though him and the rest of them
leaving Teri alone standing
staring at us – terrified
I ran to her, melting the chains from the heat of a lightning bolt
“It’s me, Teri”
“Lucy?” she stared at my buzzing formation of blinking lights in disbelief –
“This is who I am now.  No more borrowing your clothes without asking like when I was alive…”
Teri laughed through her bloody tears as I bandaged her wounds
and we flew back to a
sometimes
more civilized world

As a monster made of drones instead of cells
tall as the tallest building in my small town
My horrors multiplied
part of my patchwork brain must have been a mad scientist
deciding with part of my mind that had been closed as catacombs before
unveiled not as a gentle giant
but as a deviant force of hell
my body split as an earthquake shook my form
into seven distinct unholy swarms
of human-like drones
with minds and faces of their own
as the Lord himself spoke
as the seven deadly sins come alive:
Pride – perfectly deceptive pose -a bloody rose of thorns
Greed – a violent tornado of want wilding beyond any reach of satiety
Lust – a beautiful beast of vice and addiction beyond salvation
Envy – Vainglorious viciousness springing as choking need for the world’s bounty
Gluttony – consuming as a vacuous vacuum all of life until killing all in its path
Wrath – Vixenous rage and vengeance against humanity
Sloth – Serpentine slithering apathy lying in wait
Whose traits bloomed alive in each face as poisoned flowers open
and murder’s birth began to swell
I stood apart as Good – my Coracle as a sword of light held high
with a shared petrified heart unkempt
Against Evil spewed up from hell
as Purgatory wept
and a telepathic voice and telekinetic lightning-slashed roar
that shook the crimson skies
This new Darkness multiplied declared War