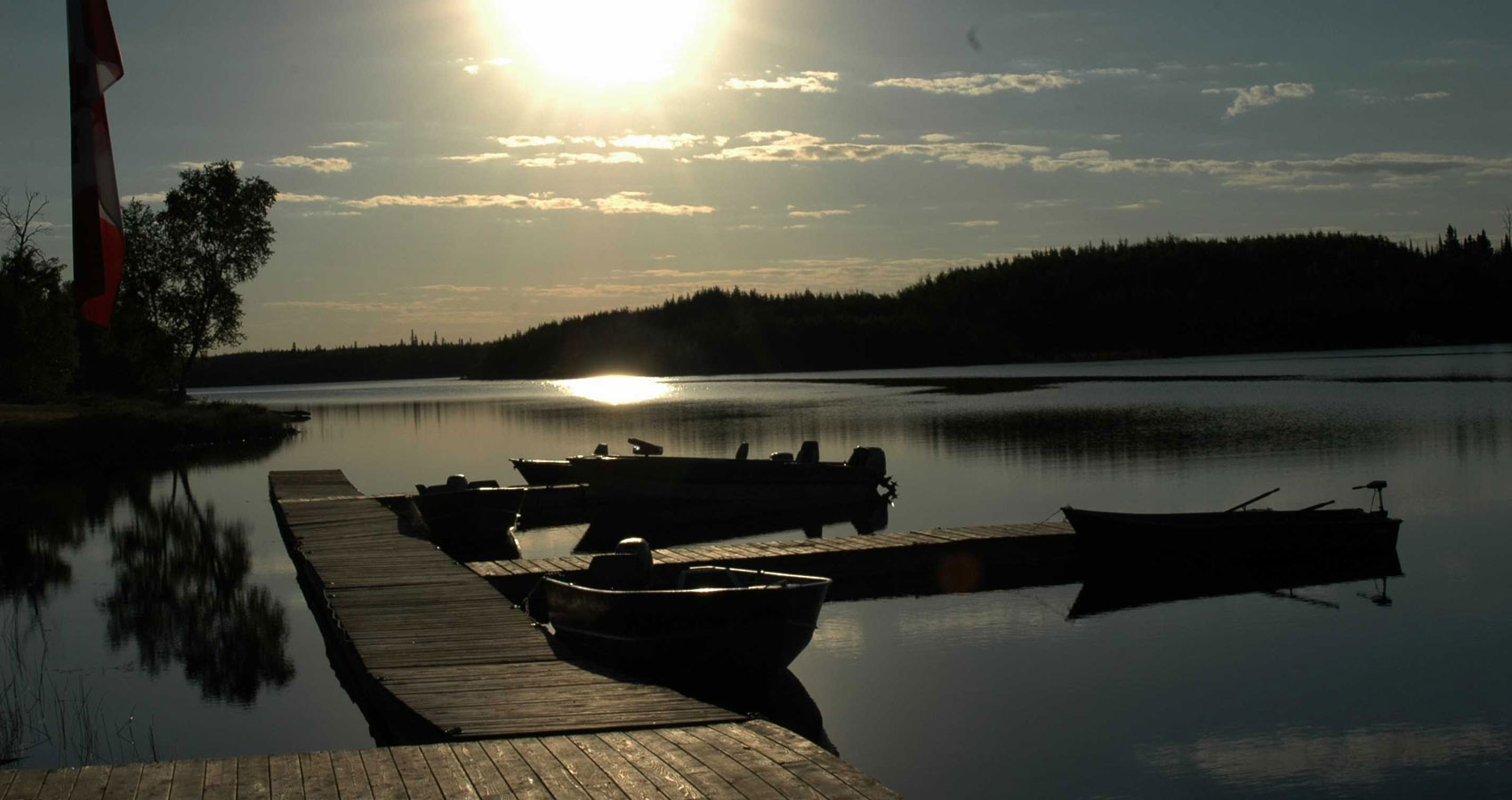 The sun is a giant fireball
glowing in the gray sky,
reflecting on the water,
the empty boats silhouettes,

snore in their sleep
in the cabin behind him
not realizing this will be
their last fishing trip together.

Soon he will hear sloshing
of water as the boats
slide through the lake,
the snapping of lines,

the slapping of walleye
and trout against the deck
the shouting and swearing
as they catch and release.

Then the sizzling of seasoned
fish in the frying pan,
the beer fizzling in the cans,
the laughing and lying

while they play poker,
the sun sets behind the bay
and the seven days fly by
like the great blue herons.

Then he’s back to listening
to the shrill phones ringing,
the whistles blowing,
the balls cracking against the bats,
bouncing into the baskets,

flying across the football field,
the brawling, booing and cheering
and wishes he was watching
the sunrise over Whiskey Jack Lodge.

Sharon Waller Knutson is a retired journalist who has been writing and publishing poetry for 16 years. Her work has recently appeared or is forthcoming in Trouvaille Review, Gleam: a Journal of the Cadralor, Muddy River Review, Verse-Virtual, Red Eft Review, Writing in a Woman's Voice and The Song Is... She has also published six poetry books including Dancing With a Scorpion (2006) Moon Journal Press, My Grandmother Smokes Chesterfields (2014) Flutter Press and What the Clairvoyant Doesn’t Say (2021) Kelsay Books. She lives in Arizona with her husband, Al.