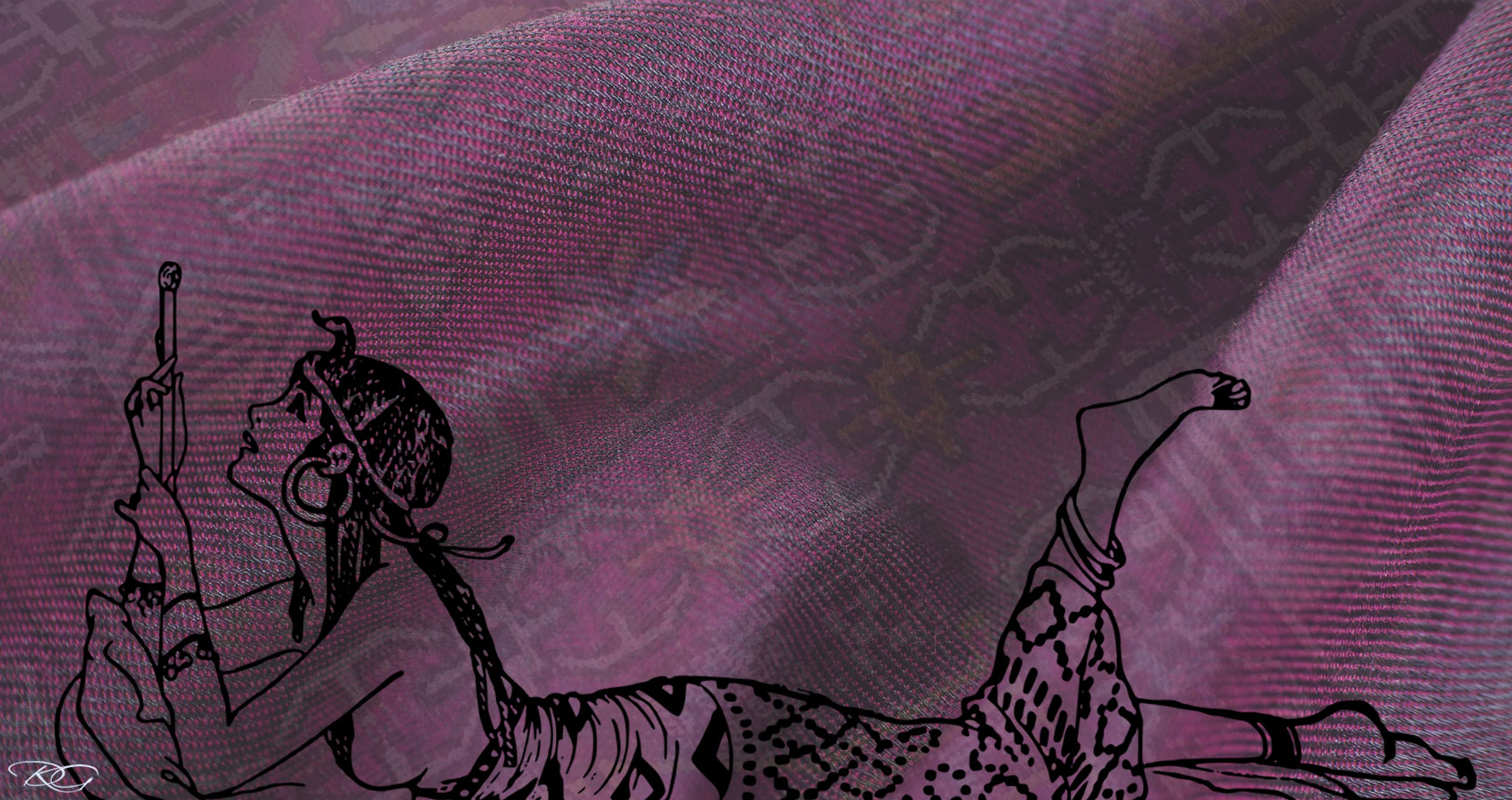 Blowing and billowing white linen curtains,
the oil lamp flickered in the night breeze,
cooled the marble palace peristyle.
The lights of Alexandria lay
in the dark distance, under a blood red moon
An officer asked if the general
would like to see a carpet seller’s wares.
The man bowed low; the bulky carpet
slung on a powerful shoulder.
“I have only brought my finest charge.”
The general looked amused.
Unrolled a carpet in magnificent
precious and royal Tyrian purple.
A young woman was lying in the folds.
She looked up at the general and said,
“Caesar, at last we meet. I am Cleopatra
Queen of Egypt, beloved of Isis.”
He admired the clever ruse made to see him
and her figure and rare green eyes.
The red moon foretold the rest—this meeting meant death.