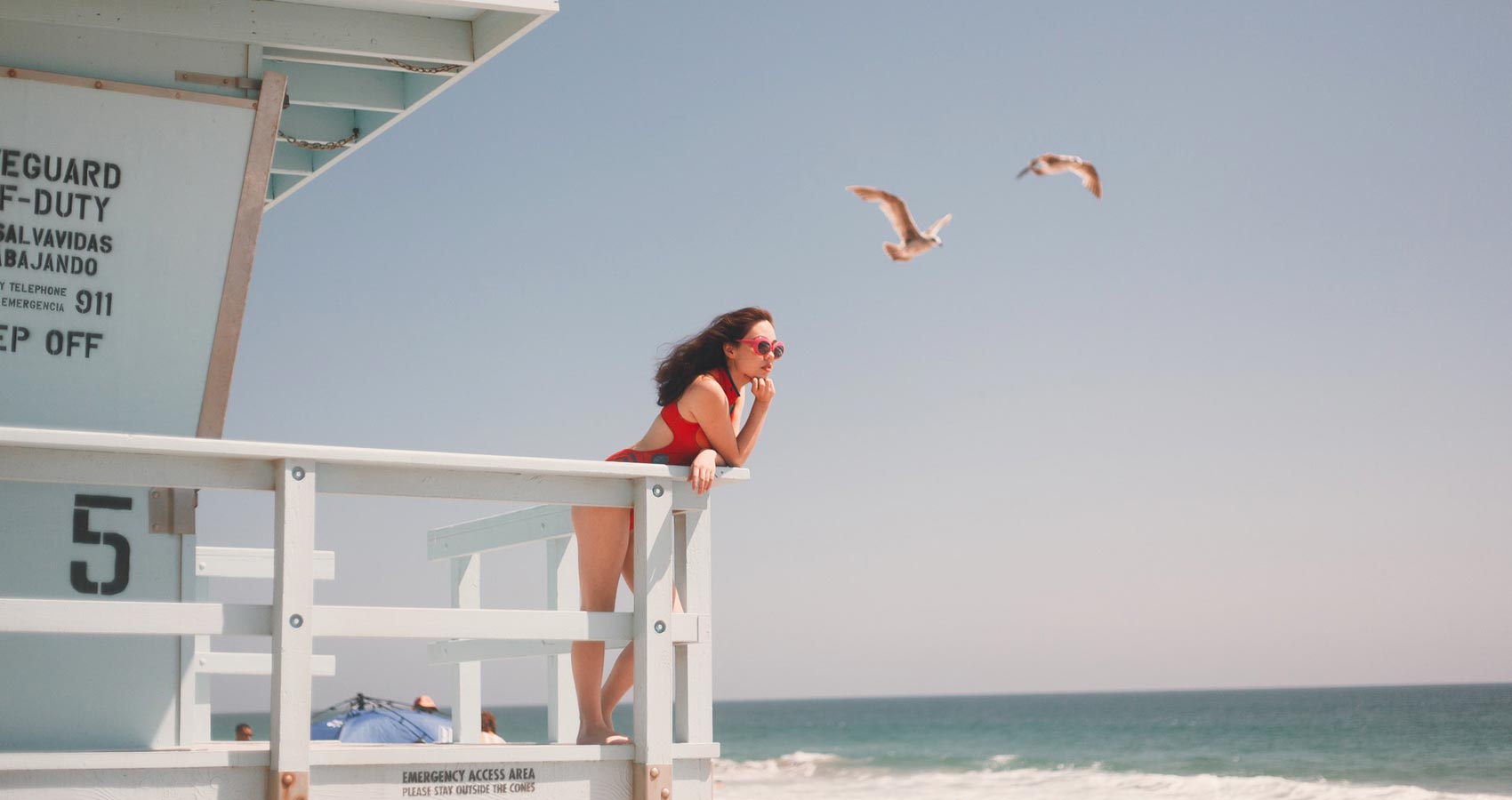 Morgan had finished her first year of college in April, a month that started with a bang. The women’s basketball team on which Morgan played, won the state championship for the first time in that school’s 72-year history. But with the passage of time, the summer doldrums had set in.
This summer, Morgan had been placed in charge of her younger brother three days a week. Their parents were professional people whom worked in traditional settings as conventional middle management.
A couple of Morgan’s friends sent texts inviting her to accompany them to the nearby beach. She was eventually able to persuade her brother, Liam, to go over to his friend Rob’s house for a playdate. Morgan, almost 20, worked most weekend afternoons as a lifeguard at the local YMCA.
“Liam, I’m going to the beach with a couple friends. Stay at Rob’s house until I come for you.”
“I want to go to the beach, too,” Liam, eight-years-old, said.
“Tell you what, we will go tomorrow. Today, you play with Rob.”
Once at Rob’s house, the boys shot baskets, had sandwiches that Rob’s mother had prepared, and rode bikes through the neighborhood all in a couple hours’ time. Rob and Liam were in the same grade and best friends. Rob had a slight speech impediment, but found ways to go along with the teasing some might attempt.
From the living room Liam asked, “Rob, will your mom let you go to the beach with me?”
“Boys, I heard that question. The answer is no. You need someone older to accompany you.”
“That’s okay,” Liam said as he finished his lemonade and placed the empty glass atop the coffee table. “I think I’ll head for home. It was fun though.”
“Isn’t your sister coming for you?” Rob asked.
“I’ll be fine. Tell her she can find me at our house. See you later.”
Liam discovered his house to be locked, so he went to the beach instead. He put his t-shirt, shoes, and socks in a pile a few yards from the water’s edge and proceeded to wander out into the shallows. The mild waves were nipping at his kneecaps, but the water felt refreshing. The tide was moving in.
Liam saw his school friend Chris, and challenged him to race to the sandbar and back.
Liam had not realized the sand bar was under 5 feet of water. He was 4 feet 6 inches tall and only weighed 89 pounds. The water was over his head.
Chris was a year older and a little taller than Liam but equal in strength. Chris had beat Liam in the race, but did not see Liam arrive back at the shoreline.
Looking around, Chris thought he recognized Liam’s sister off in the distance, but he said nothing. Back in the water, Chris heard Liam’s voice amid the din of other voices urgently calling for help.
“Someone, help, help, I…can’t…touch!”
From the shoreline Chris turned towards Morgan and began to shout, “Morgan! Morgan! Morgan!”
Morgan looked up when she heard her name.
“Oh, that’s just some kid being goofy,” Morgan said to her friends.
“No, look out there, that’s your brother.”
“Oh my gosh, you’re right, that is my brother! How the heck…” Morgan said.
“He’s beyond the sandbar,” said one of her two friends. A care-free afternoon turned urgent for three young women soaking up some sun and fun.
“We need rope, or life preserver,” Morgan shouted. She pleaded again.
“Here, use this long rope. I always bring it just in case,” said a middle-aged woman who raced to the scene. Her face, deep with lines, indicated parental experience.
“We don’t have much time, we better go out to get him,” exclaimed Morgan’s second friend.
Morgan, her two friends, and the others ran out into the water headed toward the flailing, struggling, Liam. The water temperature was said to be 75 degrees on this hot day in late July.
Oh, my Lord,” Morgan said, feeling panic and competence mingled together.
“Help, help, I can’t hold on!” Liam cried aloud. Morgan and her two friends grabbed the rope after quickly scrambling to reach Liam. Morgan never thought her competency as a lifeguard would be put to the test with her young brother.
A boat whistle resonated in the distance that covered up Liam’s pleas. “I see him, he’s about, I don’t know, a few feet ahead,” one of the friends said.
“Liam, Liam, we’re coming. Float on your stomach,” Morgan shouted.
“Help, I am scared,” Liam cried out.
“Liam, where are you?” Morgan asked.
“In the water near the sandbar.”
A sizeable wave came through as he answered before being swept under water.
Liam’s pleas were silent. Had he succumbed to the waters? Was he alive?
“I see him, you’re right, about six yards ahead,” Morgan said. A second wave arose. Morgan saw her brother topple and go under for a brief moment. She heard him cough and choke.
“Liam, we’re here, grab the rope,” Morgan said. The entire group were experiencing an overflow of emotions, tears flowing like the waters. Liam spat waters, continued kicking as he grabbed on the rope.
“Liam, you hang on and we’ll get back to shore very soon. Relax now-and let me take over and use my skills. I’m the lifeguard in our family.”
“How did you know I was here?”
“Your friend or someone kept calling me. I’m so glad I got here in time.”
“Me too,” Liam said.
Liam, Morgan, and her two friends emerged as applause went up for a safe rescue! She dried him off and herself as well. Several people praised her for saving Liam, and they returned home. Their parents would not be pleased with the day’s events, but more than pleased that this summer shakeup had a happy conclusion just in time for their family trip to the Wisconsin Dells later in the week.