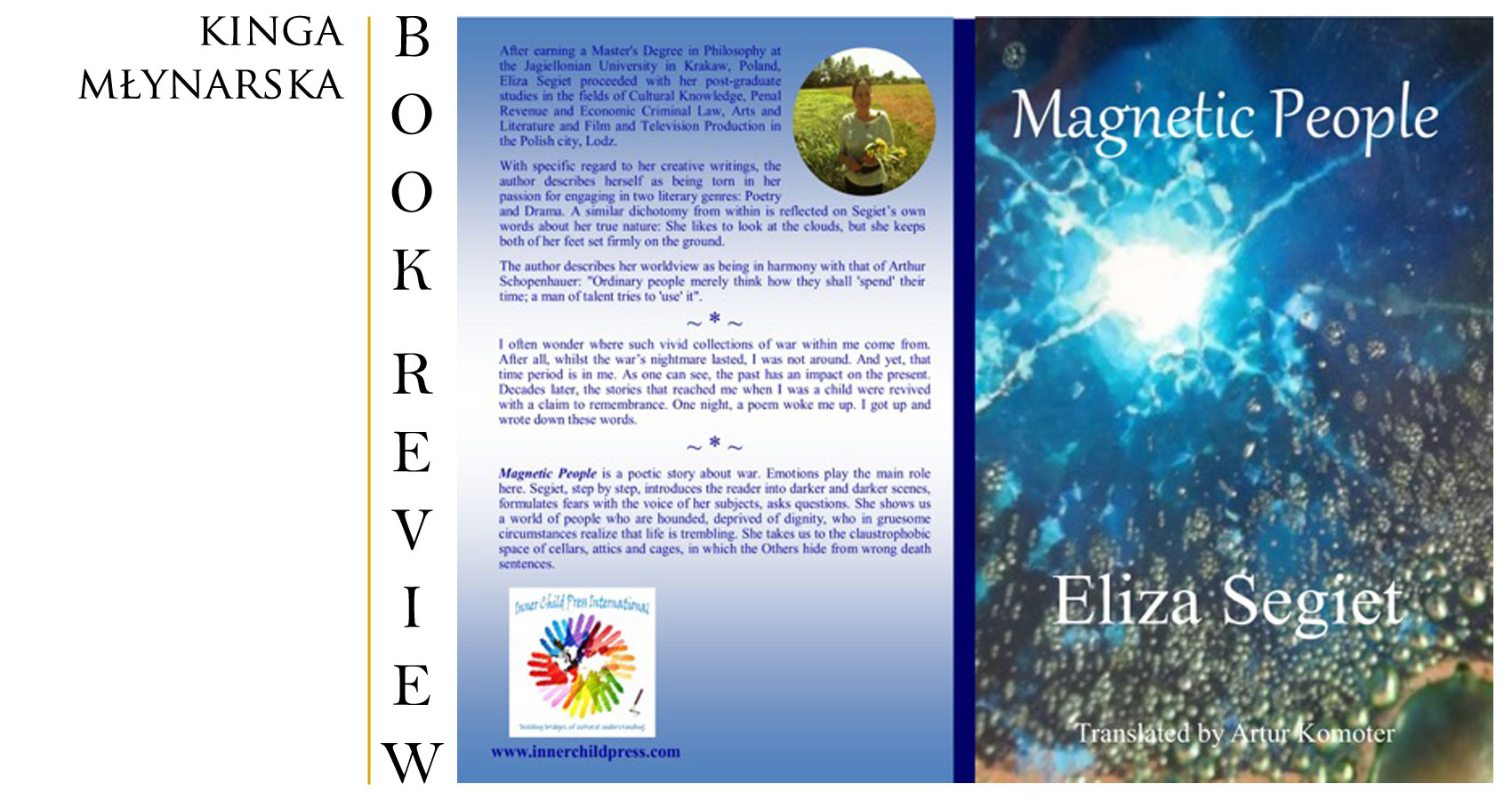 More than 70 years have passed since the end of World War II. It is still too early to be able to deal with trauma and heal mental wounds. The war took many lives and crippled not only the eyewitnesses; marked by pain were also those from the so-called Second Generation. The subject of the Holocaust is also present in the consciousness of later generations. It can be seen in art, literature, and poetry. War is the most lasting injury.
Poets speak in a different way about (armed) aggression, victims and executioners, the system. Everyone looks for any sense in a war in their own way, but the questions only multiply; there is a lack of answers. Authors of poems perpetuate the memory of the fallen and those who survived, were murdered and were murderers.

JAN/FEB 2018 AUTHOR OF THE MONTH at Spillwords.com
Eliza Segiet – Master's Degree graduate in Philosophy, completed postgraduate studies in Cultural Knowledge, Philosophy, Arts and Literature at Jagiellonian University, as well as Film and Television Production in Lodz.
Torn between poetry and drama. Likes to look into the clouds, but keeps both feet on the ground. Her heart is close to the thought of Schopenhauer: "Ordinary people merely think how they shall 'spend' their time; a man of talent tries to 'use' it". She is a Pushcart Prize nominee (November 2019).