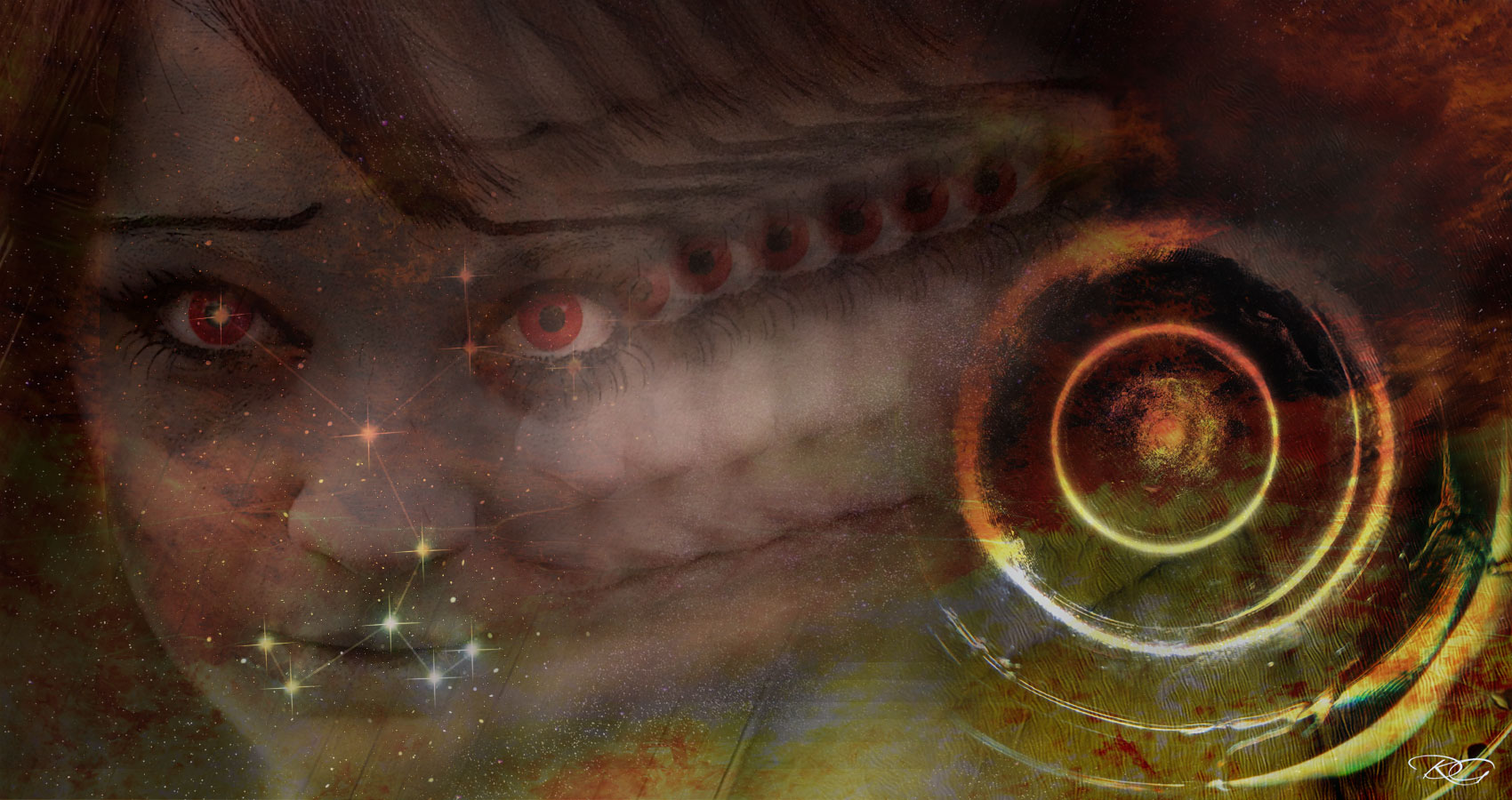 CHAPTER EIGHT – PRELUDE TO HERGATORIANS TAKE OVER THE WORLD

As a clone drone, I flew into the Great Electromagnetic Wall
and fell flat on the oiled earth greasy with hell’s sweat
I could hear the cries of America and all the other continents held
in its grip
buzzing in such high-pitched sound all eardrums burst in pain

I spoke to them in familiar electric telepathic waves
I consulted Oah through my Coracle
“How can I send these demons back to hell?”
Oah appeared in my palm weeping

“They have Zeek!  They have Nallia!”

For the first time, I was relatively calm in evil’s face
after dying so many times I was at least twice removed from the human race

“I know.  Teri and my nephews are all frozen too.  The world is shut down.  Finally, hell holds all of our souls dead and living… But not for long.”