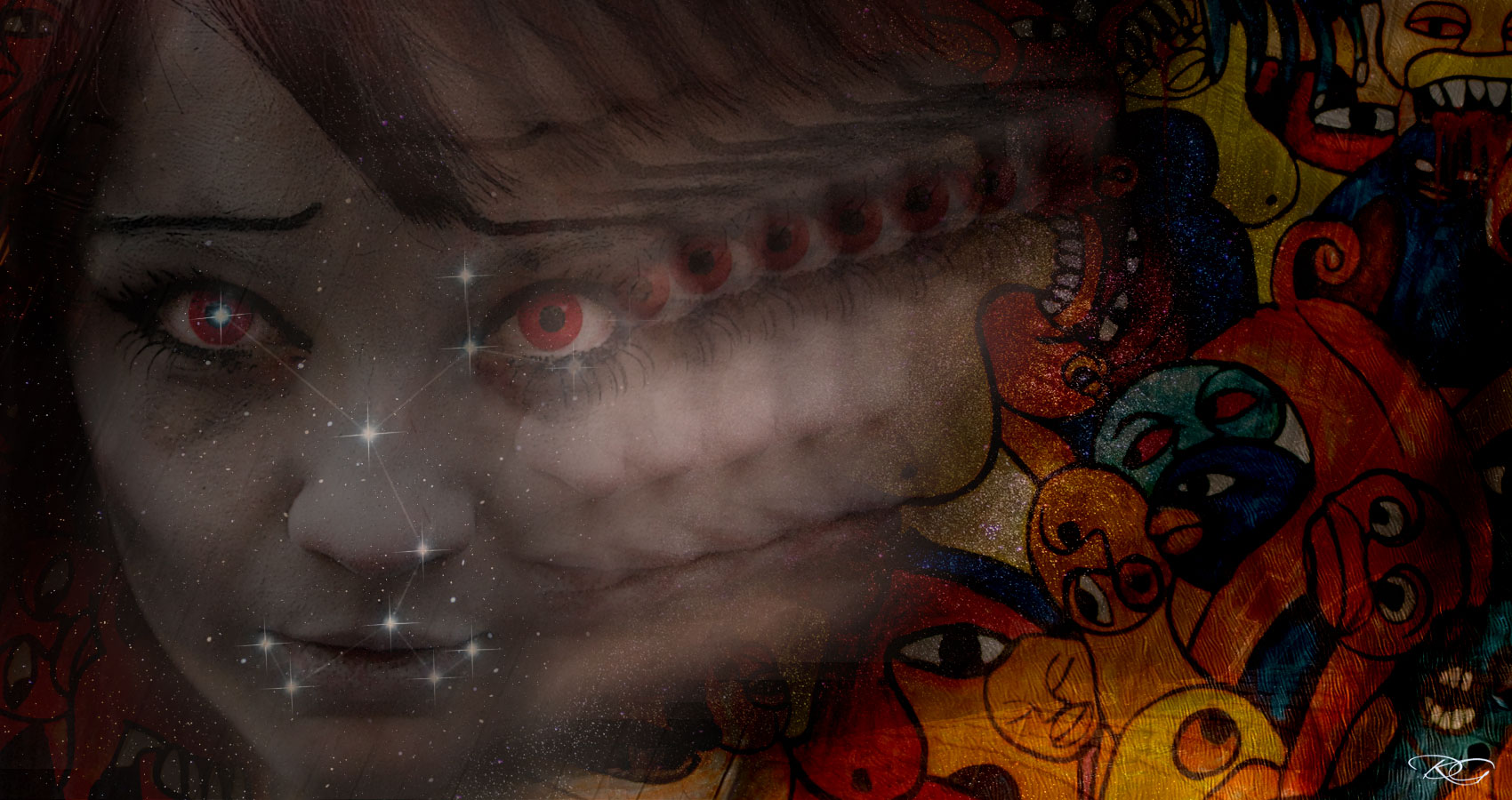 What if I could convert my evil selves to fight for good?

I stumbled to the hospital and asked Teri to take a brain scan
“You had these when you were three and they thought you had a brain tumor”
“I did?!  I don’t remember”
“Doctor Morton is part of your patchwork brain now”
She took out a file marked Confidential and showed me his scans
his brain looked dark and decayed
eaten away by the rust of madness
“Doctor Morton was planning on cloning himself and using the clones to experiment on rebuilding the activity of the frontal and temporal lobes — which control empathy.”

The door flung open and a stampede of moon monsters in their glowing flight
raised their tentacle arms ready for a fight
I sat up immediately activating my Coracle and shone it in their faces
“Who are you?!”
“We are Cloons – monsters of moonlight and madness.”
“Sorry we’re full of madness here, go back to your lunar lunacy or I’ll have to use my Coracle and make toasted marshmallow moons of all of you.”

The Cloons cackled with an echo that broke the beakers in the lab.  They raised their own swords

“We have Coracles too.  We have harnessed the moon’s power and the dust of the Devil.”

“My seven deadly sibling clones, come out from your outer ghastly inhuman zones and fight to save
the world that used to be your own.”

“on one condition”
“What is that”
“We stay as particled selves when victory is ours.”
I glanced at Teri, too horrified to speak
“done”