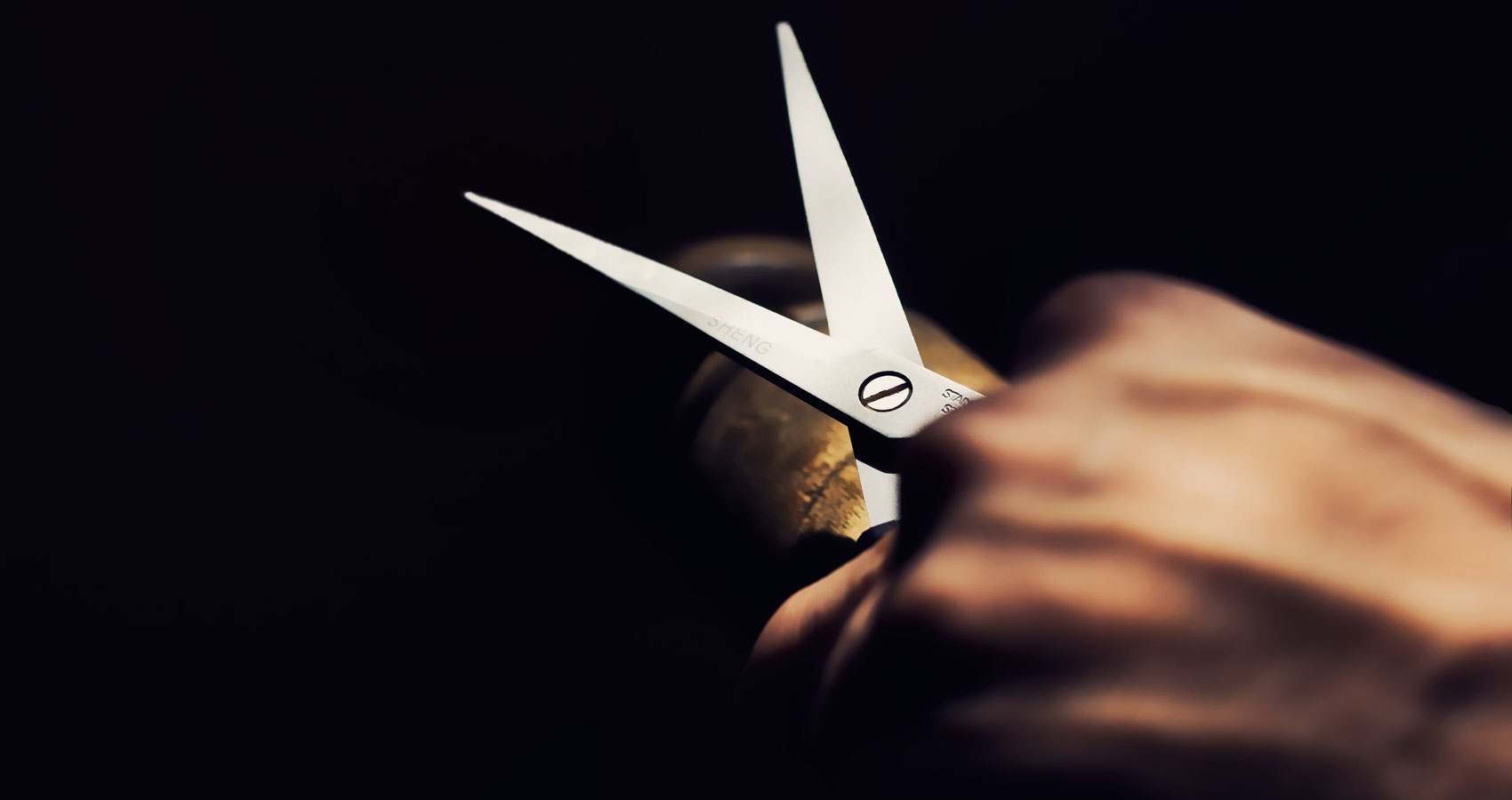 The man was in demand.

At The Makeover, he was the hot property. And dressed for the occasion: Dyed maroon and gelled hair; a glinting Om pendant; pierced nose; right ear- stud; the slim and tall stylist, early 30s, in yellow trousers and a polka-dotted shirt, open on the neck down to the third button, revealing a hairless, smooth-n- brown, taut body,  always exuding confident authority. When asked, he gave his name as The Magician. Folks waited for him, sometimes for hours, on manic Sundays and holidays. Predictably: The owner was happy; the colleagues were unhappy, and, the customers, too happy. The Magician earned lot of money, as his reputation increased with customer-loyalty.

This  afternoon, a nervous man walked in. He was typical unsure, small-town Indian: Obese, flashy, self-conscious, boorish, and arrogant to hide his anxieties, in public. He grew a little conscious of the dim lights, red décor, mirrors, upholstery, gadgets, pictures of Hollywood stars, and, of the facials, massages, styling and pedicure being done on other reclining men. Being weekday, business was slow.

“I want the Magician,” said the bulky man, tone authoritative, a first-timer pretending to be a regular, furtively glancing around.

“Sure. He is taking lunch. Please wait.”

“Ask him to hurry up,” said the customer rudely, “I have an important meeting to attend at 3.30.” Then he sprawled down obscenely, legs wide spread, on a sofa seat and began toying with his Blackberry, showing a fleshy hand with gold rings on each fat finger.

The owner, used to such public displays of neo-rich, felt more irritated by the newcomer than pleased for adding one more client to his expanding business. Vain men disgusted him.

“This is not a brothel,” said the owner, sotto voce. “Every other man thinks they own the joint.”

After fifteen minutes, The Magician appeared from a dark closet at the back, smiled at the new client, asked his usual “What do you want, sir?”,  before starting his elaborate act.

“What do I want?” Asked the client, mimicking, and said tersely, “Make me look good and sexy. What else in this pricey shop than an extreme makeover?”

The Magician nodded and began his silent work.

The Magician looked at the broad face of the client.

“A Sean Connery look will do, I guess.” He declared.

The man pretended to be mulling over the advice. The Magician chuckled discreetly.

Caught him, the fool!

“Or, George Clooney style?” His tone was reverential this time. Bordering on overawe, eyes intensely worshipful—a figure of die-hard fan.

The Magician looked into the eyes of the mirrored image. He waited deferentially; scissors poised over the latter’s head.

“Sir, please…” said the stylist softly. The continued puzzled look only added to the former’s delight.

“Give me, hmm, a cool look,” said the client, voice more submissive and frank, avoiding any direct confession of defeat or cultural ignorance.

Another common  giveaway. Cool, much abused word by Indians, covered ignorance. Everything is cool only.

“I will go for the Connery look. Classic retro,” said the Magician. The guy, directly under his scissors, stopped acting big. He just smiled and nodded.

“Even a Beckham faux hawk style will do on your face. Depending on your approval. Or, a sexy Brad Pitt hairdo,” suggested the stylist.

The client totally surrendered, stiff body flopping down on the swivel chair like a deflated balloon on a hot afternoon.

“You are the boss,” said the client. “I want to appear good and sexy.”

“They are the best ones. On your face, a grunge look will not do. Only classic hairdo will work wonders.” Stated the stylist, more in control now.

“Give me the best makeover,” pleaded the client. “I must look nice.”

And the work started.

The client slowly opened up and exchanged tit-bits. “Everybody wants to be a looker these days—in small towns. If you are not good-looking, folks carry a negative impression. Your own GF or spouse rejects you—for a better-looking guy.”

“Of course. Image is crucial.”

“Yes. I know. That is why I am here. Friends say that the Magician is costly but he delivers.”

The Magician said nothing.

“We do not entertain the masses. Cater to the class only. One has to be pricey. Only then exclusivity comes,” replied the stylist quietly. The client felt very proud.

“I have to reduce weight also. Started going to a costly gym. Twenty kilograms, in three-four months. The weight can kill… I want to have a young body like yours.”

The Magician smiled. “For nice image, you have to work out.”

After an hour and fifteen minutes, the desired image was produced—short hair combed and gelled.

“But I do not see any difference?” Protested the client. “The same fleshy face looks back.”

The client was not convinced. “How can I? I am not this guy, whatever his name is.”

“Point taken. Every person belonging to class knows the retro look. You look like his clone—a celeb clone.”

“I do not want to be carbon copy of that man,” said the client, still not convinced. “I am not THAT man.”

The Magician smiled patiently and said, “Sir. You are you. He is he. But, here, we are concerned with an image and its celeb endorsement. Folks will see that celeb in you.”

“I am an exclusive,” said the client.

“No. It is mere illusion only. We are all clones made in one single image, all standardized, created by a master class of skilled professionals for certain groups,” said the Magician.

“But I do,” said the Magician. “These are not small but gigantic changes in your persona. The short hair swept back on the sides and curled up on the top, it alters the look suitably. The slightly straightened hair flatters your broad face. The new style enhances your sexy quotient and since the business persons like and trust the man with this vintage style, you remain a life-long winner.”

“The conservative hairdo gives you an image of a reliable, dependable, muscular man. Bankers and corporate world appreciate such an image only. Even a suspicious wife or a lonely GF will trust such a guy. It inspires faith. This brand image, manufactured by me, will change your destiny, fortunes, in the long run.”

“Earlier you were small town. Now, you are international, thanks to this iconic haircut; a hairstyle made famous by a hugely successful star, copied by millions wannabes world-wide.”

The man was convinced…finally. He smiled. “You are a true magician.”

“No. I am expert in creating, sculpting images only. It is the power of image that works these days in our society also.”

After the humming man left, leaving a big tip and paying a steep price, the owner asked the young stylist, “How do you manage to pull off such feats?”

“Simple. I often speak in English. Toss references to Hollywood celebrities. Adopt a high sales pitch. They are willing to believe.”

“The entire world is now a huge market. You must know how to sell.”

Just then, another man walked in. “I want the Magician.”

The Magician bowed and took him to the seat vacated few minutes ago.

The man’s eyes widened. “Hmm. Whatever. I want to look good and sexy.”

And the Magician’s nimble fingers started doing his job in a city refusing to age and by being simply obsessed with looking young, good and sexy.