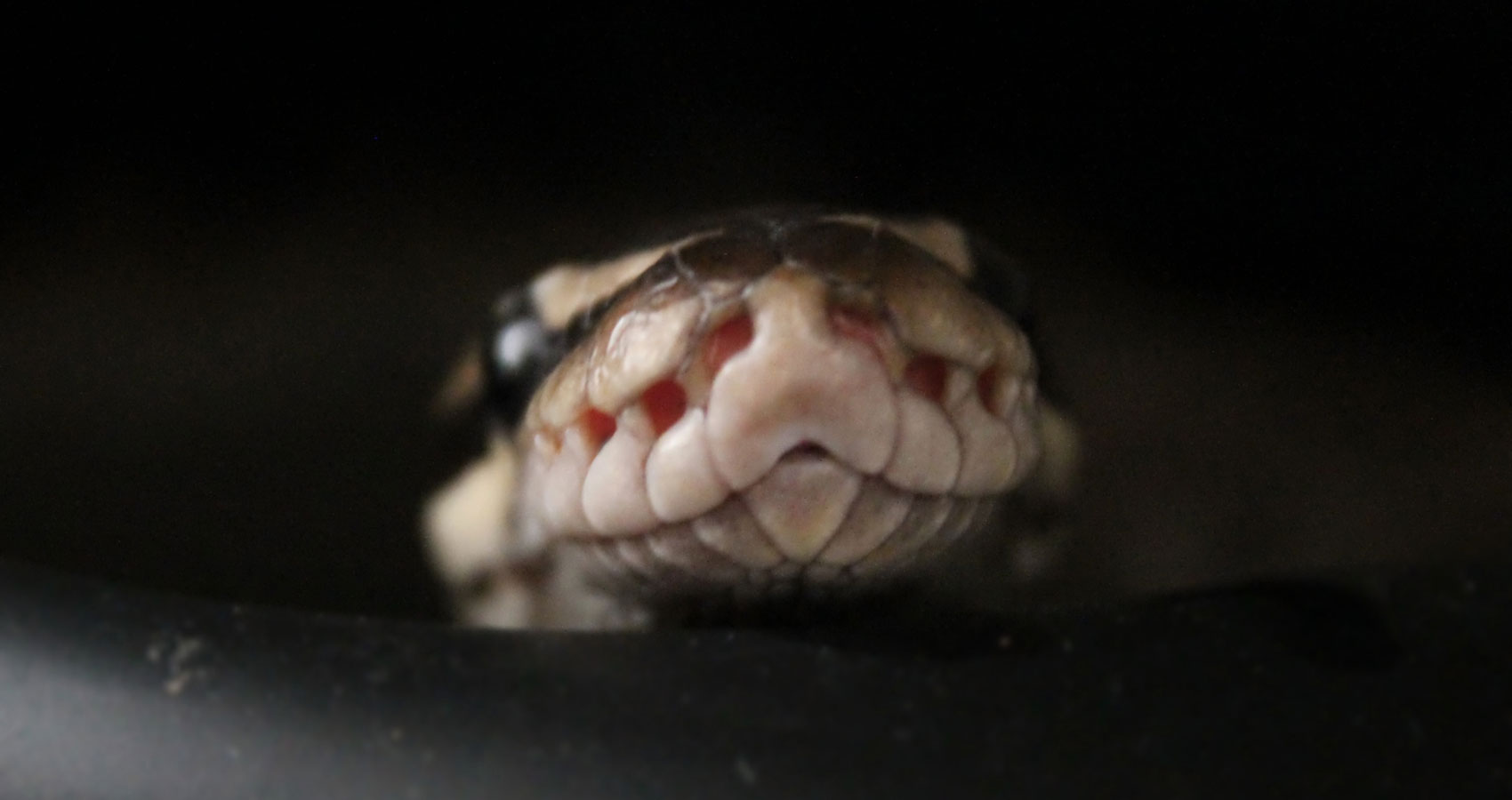 A grey snake with black horizontal stripes
slithers behind a terracotta flowerpot – to rest
before going on hunting for prey.

The flowers shiver a bit as Mangamma walks by
“What’s that movement?” “Was that my imagination?”
Intuition speaks, signaling a strange appalling danger
Her eyeball turns left, right, up, down and all over the world
And at last, she discovers the calm culprit
it’s a venomous snake, she shouts haphazardly
Aa-oo-iii-ee ee-ii–oo-aa come on, help, danger
And finally “Snake, here is a snake.”
The footsteps and the rush, warns the sleepy creeper
Scared, he snuggles into a tiny microscopic hole on the wall
Luckily or unluckily Mangamma’s eyes have missed that easy escape
And now everyone stares at each other in despair.

With a bleak heart, everyone was visualizing a snake
right behind them, ready to bite and murder- for their past sins
With a rod, with a sickle, everyone roamed in search of the killer
with interesting stories of the past where the killer won and the human lost
Some positive cups were still up, boasting of how once they killed a cobra
but the demon they feared lay there coiled in the dark
hoping his life would be saved – he knew his venom was powerless
to kill all those perpetrators. A way of escape he was looking for
scared of his deadly weapon, millions hunt for him – everyone guarding their life
which would go one day- and that’s the play we enact on earth- survival

when life has a million wonders, we look for that one issue
which our mind projects would kill us one day – let’s live and not keep hunting.

Shalini Samuel from Cape Comorin, India is a bilingual poet who is fond of nature and spirituality. She pens poems in English and Tamil. Her poems are often seen in online and print anthologies and magazines. She is the author of three poetry collections: "Singing Soul", "The PAinted Life", "Drizzle". She is fond of writing, reading, cooking, and gardening. She is a lover of nature, philosophy, and spirituality.