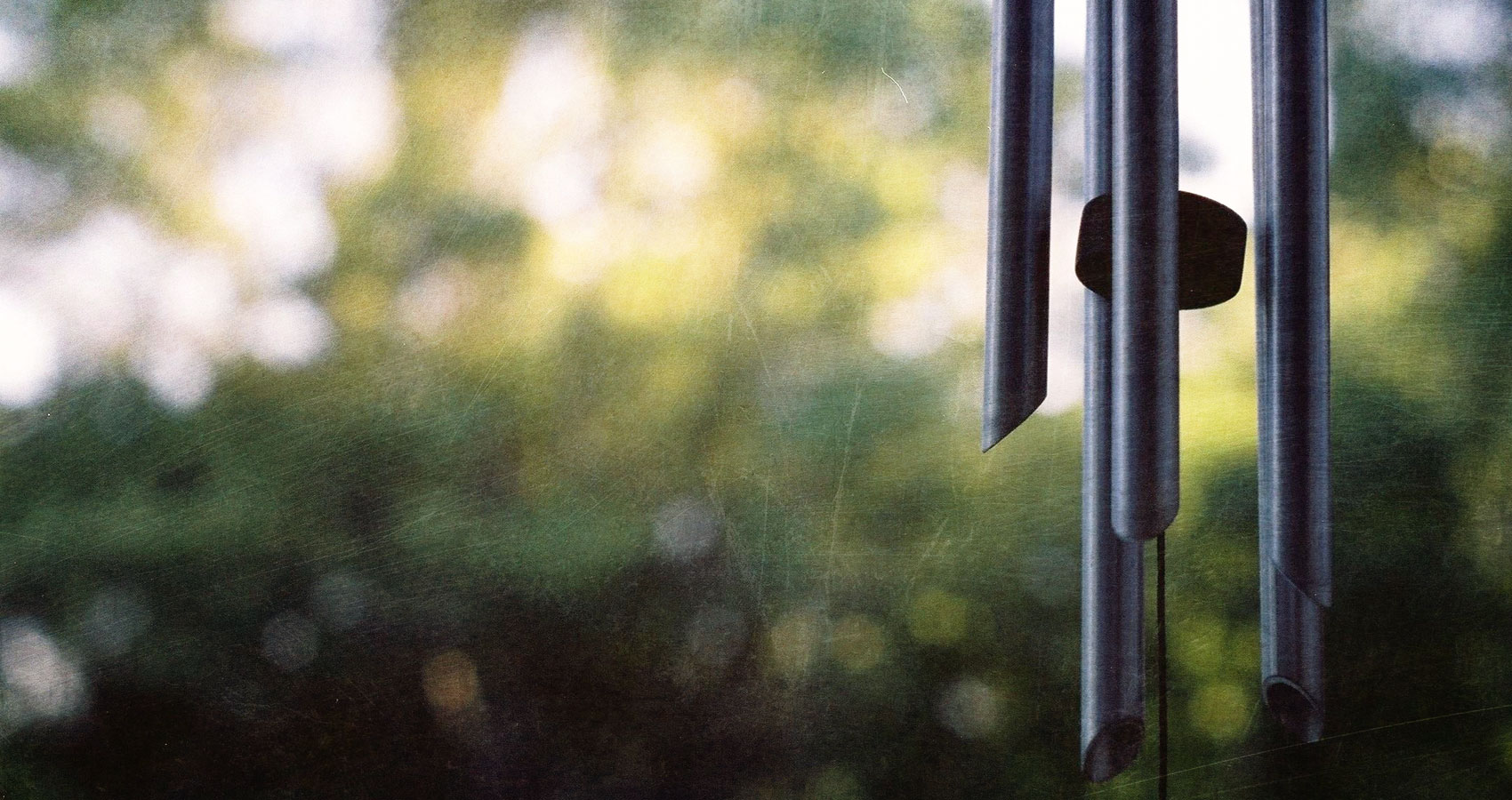 A Wind Chime Locked In Time

A Wind Chime Locked In Time

The silence between us
is an expensive wind chime
tarnished in time,
steeped in beauty
of subtle melodies and memories,
locked up in a house
by a tumultuous sea,
a thousand years old abode,
where darkness hides
broken, burdened cobwebs
of faded recollections
of you and me.

The cobwebs are thickened by some powdered dust,
antique mirror of intense moments crushed,
mixed with thick paint, and brushed
innocent moments of self discovering thrusts,
reflected in each other as we had felt,
half baked promises and sun bathed shells,
a very long time ago,
With mesmerizing photographic memories
of a loving spree,
when life was respiring and perspiring,
hopping and hoping by the sea.

Wild sea winds, waves and gulls
jellyfishes and beach sharks lull
a lullaby so harsh, it throbs and thrashes
a dilapidated door, almost every time crashes,
wished so intensely by the wind chime though,
to unleash its cacophony of crimes in a row,
beating to death against each of its own lies and lines
to prove the passion, of the love that it pines.

It sings of its unsung pain, of being deprived of gentle breeze
of being metamorphosed into a snobbish showpiece
hanging from an intricately carved ceiling
Inhibiting its true childish feelings
unnerving its purpose, cursing its plight
struck with an incurable blight,
with a hope not so bright
to question its own self of its awaiting,
for light years to be
nothing more does it seek than to blast free.

The wind chime however hard
it craves to sing aloud
knows its silence will only break
with its own breakage of rusted blades,
so it’s better perhaps to be taken over
and get drowned by the overwhelming sea
in course of time till it becomes
what it yearns to be…

A fossilized sea rock,
vast, its old imprint in its new heart, to mock
a certain wind chime, sweet and picturesque,
never sang in rhythm, never served its purpose,
locked up within a lovely translucent mound
fancied by mermaids to sit around
distracting sailors in their own journeys
singing glory of our silent love by the sea.

Sonali Majumdar, an IT Management professional and occasional poet, lives in Virginia, U.S.A. A keen observer of life, she loves to pen down moments, memories, dreams, desires, illusions and reality as perceived by her in the journey of her life. With her golden dust of imagination, she desires to paint a picture, in her attempt to reach hearts of humanity, through her wildly weaved magically mysterious touch.