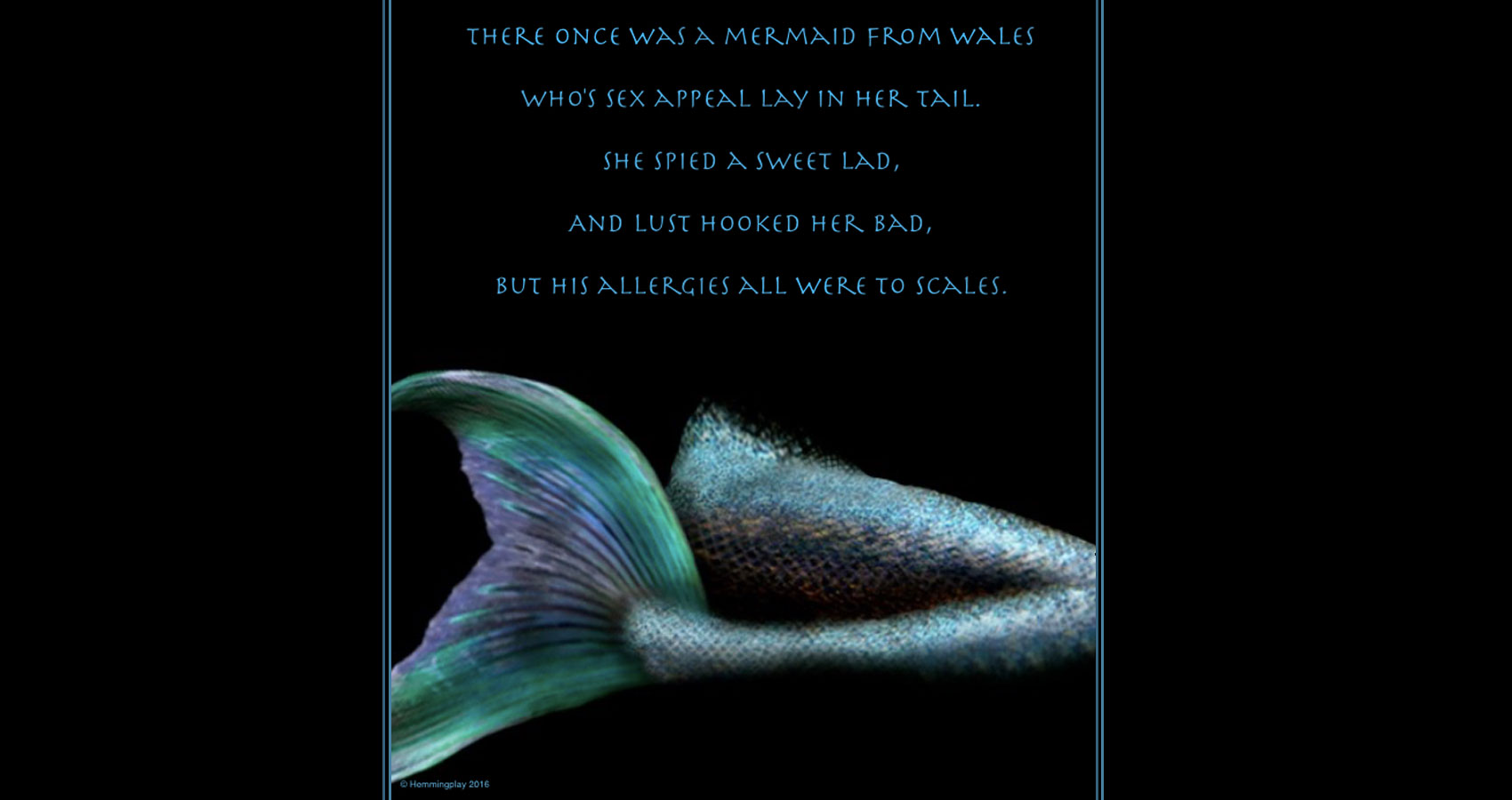 There once was a mermaid from Wales

She spied a sweet lad,

and lust hooked her bad,

but his allergies all were to scales.